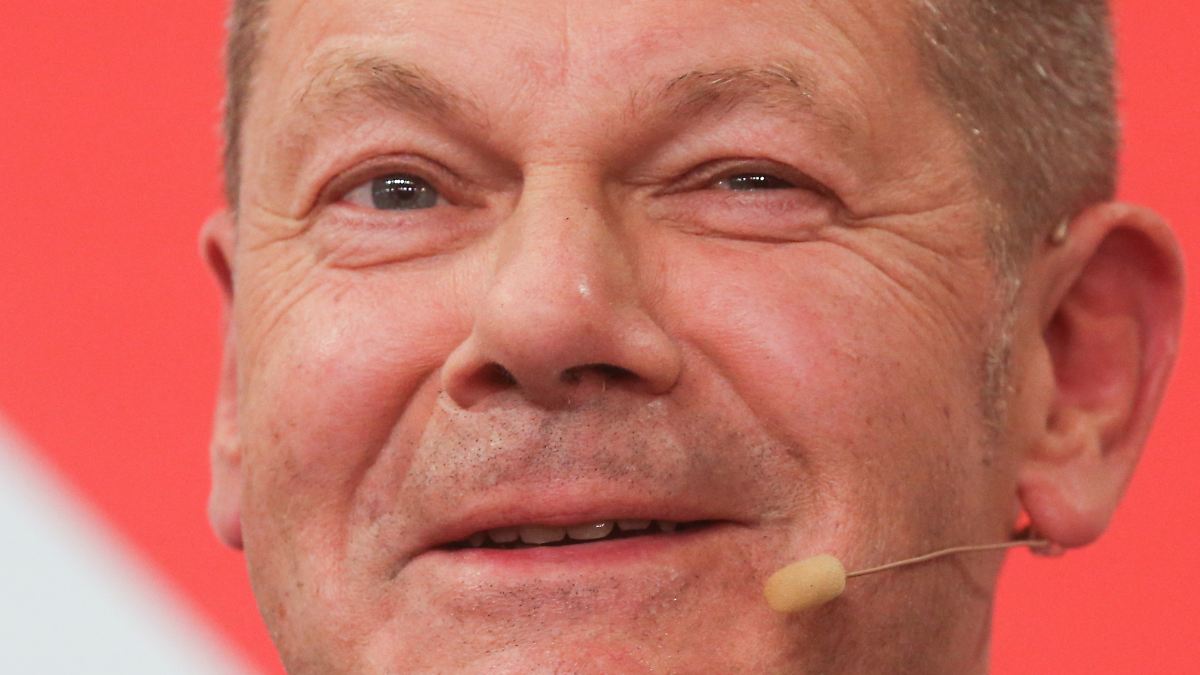 The Social Democrats are the likely election winners. A sensation, but the lead in the federal government and in Berlin is so narrow that the assembled members in the Willy Brandt House do not really know how great the joy can be. Olaf Scholz seems to feel the same way.

It is the second big victory in Olaf Scholz’s political career. After he became Hamburg’s First Mayor with an absolute majority for the SPD in February 2011, he has now accomplished an even more improbable mission: The SPD is the strongest force, or at least on a par with the Union in the federal election in 2021.

In the ten years and eight months since his triumph in Hamburg, Scholz has not changed in one point: He cheers cautiously. The winning fist doesn’t suit him, as it was back then at the election party in a Hamburg cultural center. Neither the “Olaf, Olaf!” Calls from the assembled employees and party celebrities in the Willy Brandt House, nor the never-ending applause, make the 63-year-old face visibly moved. His wife Britta Ernst, Minister of Education in Brandenburg, even seems a little uncomfortable on the small stage in the shadow of the oversized Brandt statue.

Two months ago, the SPD victory still seemed utterly impossible. Surveys two weeks ago, however, saw Scholz even more clearly ahead than he actually crossed the finish line that evening – at least according to the projections known up to 9 p.m. The first reactions to the forecasts at 6 p.m. show that the party has also calculated more. The direction in the party headquarters has decided to bring the ZDF on the screens, where the research group elections sees the SPD two percentage points ahead of the CDU and CSU in the lead. The jubilation is initially great, shortly afterwards the noise subsides: The ARD numbers from Infratest dimap are around, where the SPD and Union each come to 25 percent. The fact that the race for the Red City Hall in Berlin is also close, where SPD candidate Franziska Giffey is no longer as clearly ahead as it recently looked in the polls, is the next block on the euphoria brake.

“This is a victory”

Only Mecklenburg-Western Pomerania’s Prime Minister Manuela Schwesig, with her overwhelming victory, fulfills the recently high expectations of an SPD that is like a newborn in these days. Whenever Schwesig can be seen on one of the many screens in the foyer, SPD members cheer – when they are not busy looking at their smartphones. Everyone is scrolling through the web in search of new numbers and information that will help classify the recent election results.

From the party leadership, General Secretary Lars Klingbeil is the only one who has appeared in front of the press. His message is clear: “This is a victory. The SPD was beaten a few weeks ago,” recalls the SPD campaign manager at ntv. But a march through – a clear victory in the federal government, in Berlin and in Mecklenburg-Western Pomerania – has not materialized for the time being.

The rest of the party prefers to wait for the first projections and a statement from the Union candidate Armin Laschet. The fact that both projections then see the SPD in front again causes jubilation. But only a few are in each other’s arms: the lead seems too narrow. Laschet’s announcement that he wants to forge his own government is acknowledged by the younger generation with boos, while the older listeners intently. Now it is clear: the SPD has not secured the chancellorship, nor is the Union defeated. Time for Scholz to pacify the mind.

When the candidate for chancellor takes the stage, he has to wait almost two minutes of applause before he can finally speak. He doesn’t use the word victory himself, just don’t create images like Edmund Stoiber with his premature jubilation in 2002. Triumph, Scholz leaves that to his chairman. The incumbent Vice Chancellor says: “The SPD is a pragmatic party.” And: “I am sure that the citizens will not regret their decisions after they voted for the SPD either.” Only later in the ARD does Scholz say: “The citizens want a change. They want the next Chancellor to be the SPD’s candidate for Chancellor.”

It falls to the party chairmen Saskia Esken and Norbert Walter-Borjans to classify the importance of this evening and thus to further heat the mood. After they let Scholz go first, Esken says: “This is a historic evening for the SPD.” And she thanks Scholz with the words: “This is your victory”. Walter-Borjans doesn’t seem to be able to wait to finally get his turn. When it is his turn, he shouts: “We won this election and we are back.” The “we” of course includes the two party leaders who two years ago were at least met with skepticism, but often also with malice about their political lightweight.

The jubilation now reaches its climax. The crowd obviously needed this assurance: The SPD scored a great victory. To make this clear is the common mission of all top SPD representatives: “This is an election victory,” emphasized the Governing Mayor of Berlin, Michael Müller, at ntv.

With the departure of the party leadership – the Prime Minister of Rhineland-Palatinate, Malu Dreyer, Lower Saxony’s Prime Minister Stephan Weil, Hamburg’s First Mayor Peter Tschentscher and several federal ministers have come – the foyer of the house is also emptying. The queues in front of the drinks stands outside are getting longer on this mild late summer evening in Berlin, the beer benches are full. Scholz got his colleagues in the mood for a long evening. For the celebrating members of a party that two years ago was completely on the ground, that should be true in any case.