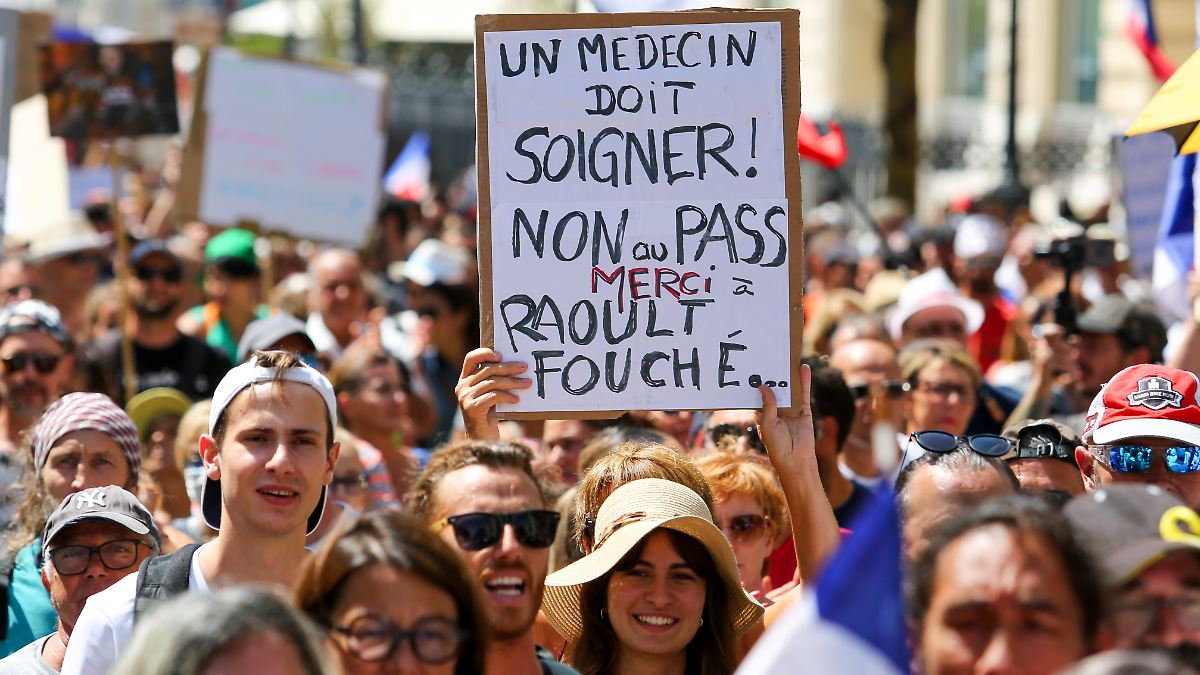 The European Court of Human Rights rejects complaints against the French health passport because of formal errors. The court is initially not competent, it is said. In addition, the motives of the main plaintiff seem to be completely different than assumed.

The European Court of Human Rights has rejected a complaint against testing and verification obligations in France in the fight against the corona pandemic. A man’s lawsuit against the so-called health passport was inadmissible, the Strasbourg court ruled.

The health pass is similar to the German 3G regulation: it proves a corona infection, a vaccination or a negative test result and has to be presented in France since this summer, for example when visiting restaurants or long-distance train trips. The plaintiff, a university lecturer from Montpellier, had launched a movement against the health passport and claimed in court that the obligation to provide evidence violated the prohibition of inhuman treatment.

He called on other opponents of the state’s corona measures to fill out ready-made complaints to the European Court of Human Rights on his website. He filed thousands of such complaints of his own. According to the Strasbourg court, a total of around 21,000 complaints have been received on the subject, all of which have also been rejected due to formal errors.

In terms of content, the judges did not comment on the man’s complaint. Because the university lecturer did not exhaust all legal action options in France – which is a condition for a complaint to the European Court of Human Rights. In addition, it was not about getting justice, but about harming the court with the mass lawsuits. He announced that he wanted to trigger a “traffic jam, a blockage, a flood”.

The European Court of Human Rights will also comment on the compulsory vaccination for certain professional groups in France. A lawsuit against this has been submitted to the French government, which must now take a position, as the court said. It is uncertain when a judge’s verdict can be expected.