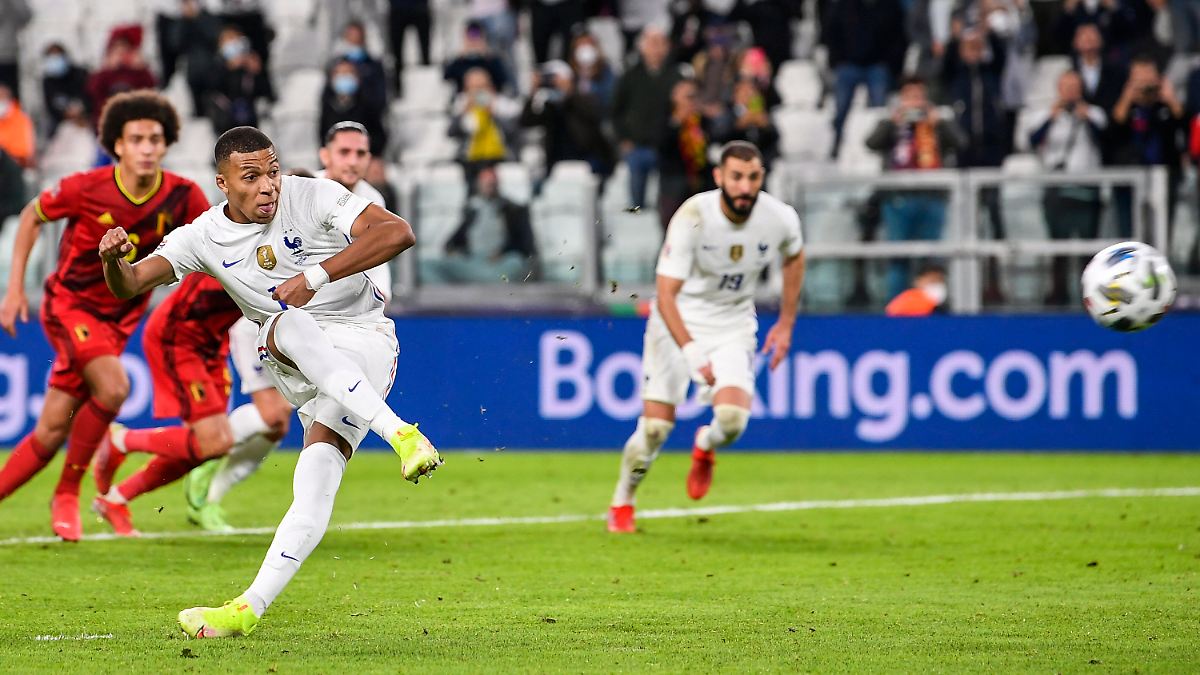 Three years after winning the World Cup, France can hope for the next title: The Equipe tricolore beat Belgium 3-2 and reached the final of the Nations League. The team shows heart and catches up a two-goal deficit.

With a world champion energy performance, France averted the next big disappointment and reached the final of the Nations League. Despite a 2-0 deficit, the Equipe tricolore managed to beat Belgium 3-2 and can therefore hope for the next title three years after the World Cup triumph. France will now face Spain in the final on Sunday (8:45 p.m. / ARD and DAZN) in Milan, who defeated European champions Italy 2-1 on Wednesday.

The leadership of the Red Devils was initiated by De Bruyne with his pass to Carrasco. Atletico Madrid’s man duped Bayern defender Benjamin Pavard with a hook and shot from twelve meters. France was shocked and received the next low blow. Again it was De Bruyne who played for Lukaku this time. The massive striker passed Lucas Hernandez, the other Munich defender in the French team, with a body deception and scored from an acute angle to make it 2-0.

“On the good side of madness”

Maybe the decision already? Not at all. The world champion showed a reaction after the break, gained weight and had scoring opportunities. If Griezmann failed from short position (58th), Benzema did better: After a pass from Mbappé, the Real Madrid striker was not impressed by three or four opponents.

“A comeback that will last, and a place in the final. Great work from the whole team. See you on Sunday,” wrote superstar Kylian Mbappé. Griezmann, Paul Pogba and Benzema posted cheering photos on Instagram after the team had turned a 0-2 and eliminated the world number one. “This is the football we love,” said coach Didier Deschamps after the crazy game. “If you’re on the good side of insanity, it’s great. We were on the bad side over the summer.”