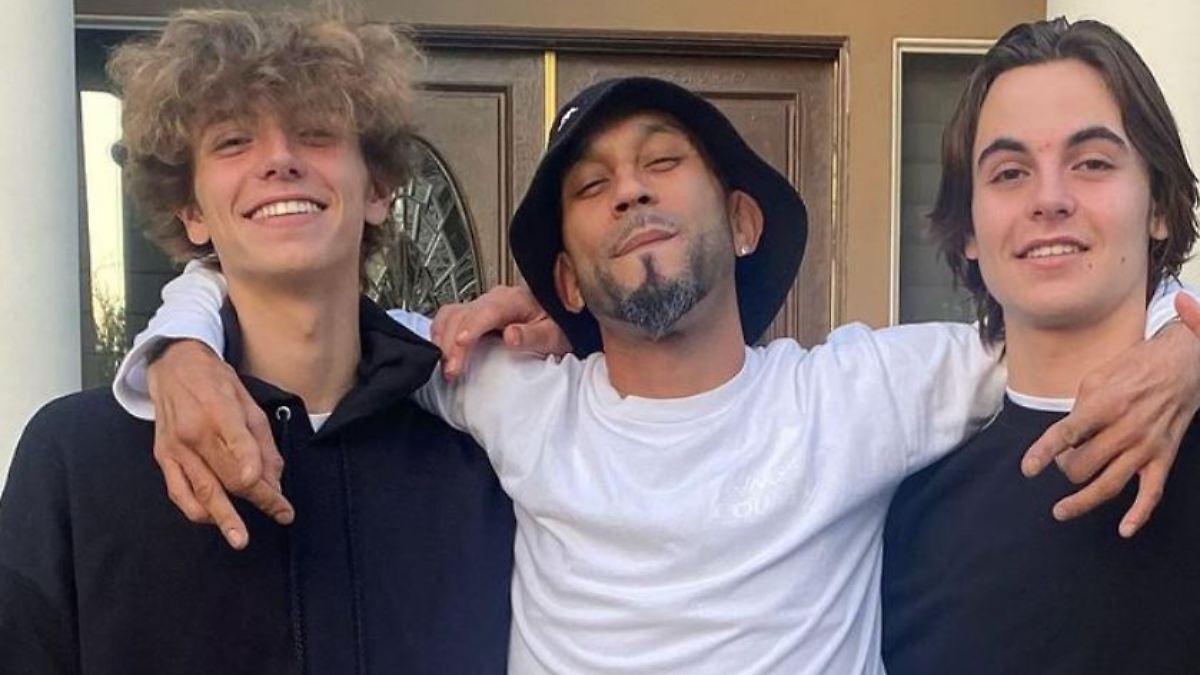 While Britney Spears struggles to live like a normal adult without a guardian, her sons are no longer children either. Now new photos of the two appear, which otherwise rarely appear in public. And lo and behold: They have grown pretty big.

Britney Spears has barely gotten out of the headlines for months. Two other faces, on the other hand, are rarely seen: that of their sons Sean Preston and Jayden James Federline, now 16 and 15 years old respectively.

But now new snapshots of the two have appeared on Instagram. Eddie Morales, a friend of her father Kevin Federline, has shared pictures with the two teenagers.

Sean shows himself with a curly blond head, a simple black hoodie and dark jeans. His brother Jayden wears a black sweatshirt with yellow pants. They both smile at the camera at Morales’ side.

He can still remember how his “nephews” were smaller than his hands, writes Morales about the pictures. “Now look at the life that God has created wonderful.” Kevin Federline can also be seen on other recordings during the evening together with his friend. In addition, Morales released a clip in which Sean sits at the piano and proves his musical qualities.

Britney Spears made sure that the mother is also proud of the development of her sons in September in an Instagram post clear. “Girls, get ready because my boys are so pretty,” she wrote in her post. There is a lot that she cannot share with her fans because her children want to stay very private, what she loves about them. “But I tell you, they are both extremely talented and I am so incredibly blessed to have these two little men in my life.”

Britney Spears has been preoccupied with fighting her guardianship over the past few months. Her father, Jamie Spears, was suspended and replaced as her guardian in late September after 13 years. The pop star’s lawyer, Mathew Rosengart, had asked the court to do so. John Zabel will now assume the position of provisional guardian until the end of the year.

Britney Spears’ relationship with her family remains strained. In a recent Instagram post, she made it clear that her family did not support her during her guardianship. “When you’re like my family, you say things like, ‘Sorry, but you’re under guardianship.’ They probably think you’re different, “Spears explained. She is therefore all the happier to have her “amazing lawyer Mathew Rosengart” by her side. He changed her life.