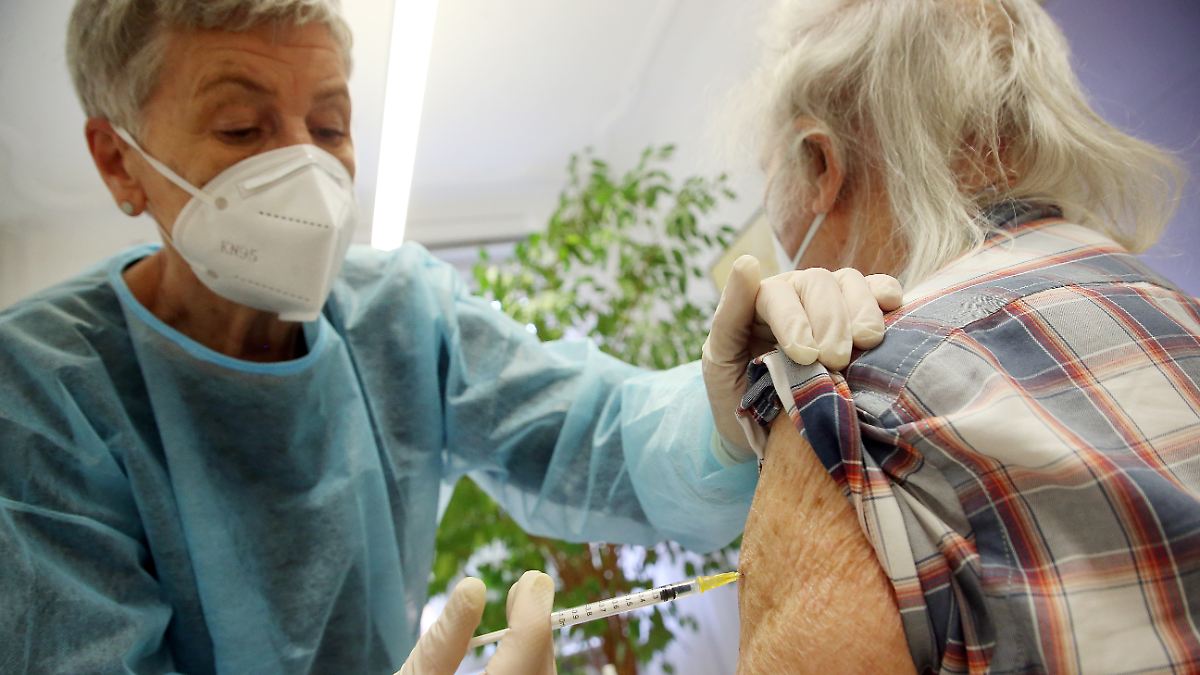 In order to compensate for the declining vaccination effect while the number of infections is potentially rising again, the STIKO now recommends a refreshing dose to over 70s. The same applies to nursing and medical staff with patient contact. And another group of vaccinated people is supposed to inject.

The Standing Vaccination Commission (STIKO) has generally recommended a corona booster vaccination for people aged 70 and over. In addition, residents of old people’s homes as well as nursing staff and other employees who have direct contact with those receiving care in outpatient and inpatient care facilities are to be offered a third dose of vaccination, as announced by Stiko in Berlin. The same applies to staff in medical facilities with direct patient contact.

As a justification, the Stiko referred to the fact that the vaccination protection “wears off over time, especially with regard to the prevention of asymptomatic infections and mild disease courses” after two basic corona immunizations. In older age, the immune response after vaccination is also lower overall, and so-called vaccination breakthroughs, i.e. illnesses despite complete vaccinations, could more often lead to a more serious course of the disease.

The booster vaccination with an mRNA vaccine should take place no earlier than six months after the completion of the primary vaccination, regardless of the vaccine previously used. In the case of mRNA vaccines such as Biontech, the vaccine already used in the basic immunization should be used if possible.

According to the Stiko recommendation, people who have been vaccinated with the corona vaccine from Johnson & Johnson should also receive an additional dose of an mRNA vaccine – from four weeks after the Janssen immunization, for which only one dose is generally recommended will. The experts justify this, among other things, with the lower effectiveness.

In Germany, compared to the vaccines administered in each case, most corona vaccine breakthroughs were observed in people who were immunized with the vaccine from Johnson & Johnson. In addition, in contrast to the other approved vaccines, a comparatively low effectiveness compared to the delta variant was observed for this vaccine.

The Stiko recommendation is now followed by an opinion procedure by the specialist groups and the federal states. The final update of the recommendation will appear soon in the epidemiological bulletin of the Robert Koch Institute.