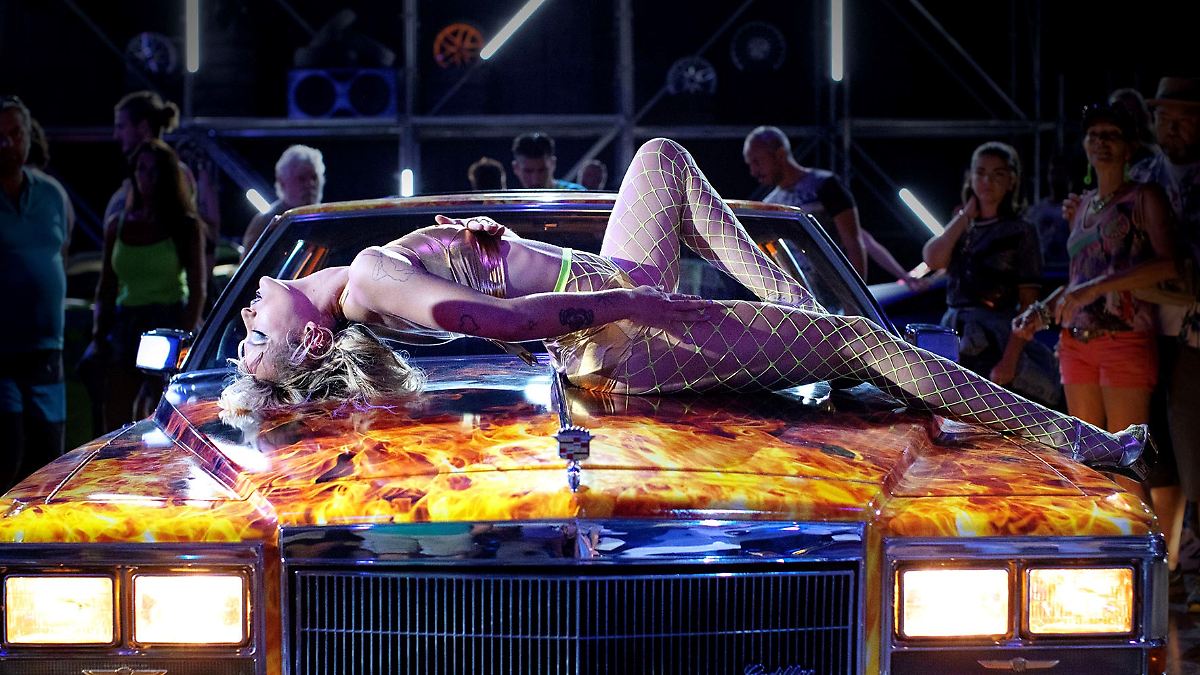 “Titane” is a film in which not only heads are split. He also divides the audience into those who see feminist art in him and those who can only gain little from the excesses of violence. “Titane” is not for the faint-hearted and yet somehow worth seeing.

Anyone who – possibly after reading this review – decides to watch “Titane” in the cinema should know one thing: At the premiere of the debut film by the responsible director Julia Ducournau at the Toronto Film Festival a few years ago, some viewers passed out – or she passed out at least complained of nausea.

This was due to the ruthless brutality with which the now 37-year-old filmmaker told the story of a 16-year-old, highly talented medical student. She is vegan until she consumes a piece of bloody meat for the first time as part of a weird ritual that makes her want more. But from now on, instead of pork and beef, people are on their menu. Incidentally, the film was shown in Germany in 2016 under the title “Raw”, but that’s a different story.

In “Titane”, too, the focus is again on a special female figure who is not very squeamish when dealing with people and whose sexuality blossoms in strange ways. Here, however, the triggering moment is not a steak, but a titanium plate that holds Alexia’s childlike head together after a car accident – also a recurring motif at Ducournau. Alexia is now 30 years old and has also developed strange cravings. She is attracted to cars. She clearly prefers sheet metal bodies of all kinds to people with whom she sometimes tries to find love and sex, but it usually ends fatally for the other person. Alexia is only in her element when she has fun in the back of a car. But these pastimes have strange consequences.

Looks more harmless than she is: Alexia.

When, after a particularly radical outbreak of violence with several dead, a phantom image of Alexia makes the rounds, she decides to go under and reappear as someone else. She becomes Adrien, a boy who disappeared ten years ago and has been sorely missed by his father Vincent ever since. The firefighter questions little when a teenager sits in the police station pretending to be his lost son. And so a very special relationship develops between the two broken personalities …

“Titane” works a bit like what started the story: a car accident. As terrible as it is, you keep looking. However, one always looks the other way, because the aesthetically staged violence is – also acoustically – difficult to bear. And that is precisely the trademark of the French Julia Ducournau, who has already been celebrated with “Grave” alias “Raw” by critics and audiences for her feminist approach, social criticism and the beauty of her brutal images. “Titane” hits the same line and was able to bag the Golden Palm at the Cannes Film Festival.

Director Julia Ducournau, who also wrote the screenplay, describes her film as queer, but at the same time emphasizes that her concept of fluidity does not only include aspects of identity. And so “Titane” tells a modern, different story in which the boundaries are fluid in all directions. Is it a horror flick, a social study, satire or is it a romance film?

Alexia’s obsession has something tender on the one hand, but on the other it discharges into extreme brutality. The character in all of its impressive physicality is consequently played by the non-binary model Agathe Rouselle, who walks through the testosterone-pregnant crowd at a car show in a sequence in order to be introduced as a super-hot dancer and more and more in the course of the film to negate the uniqueness of this gender.

Change to something human

While the first half of the 108-minute film is mainly characterized by violence and death and pushes the viewer deeper and deeper into his seat, the feeling changes with Alexia’s change to Adrien and his life with Vincent. Suddenly something human shimmers through, which Alexia, initially beautiful but monster-like, missed up to this point.

“Titane” is really fun if you have a strong stomach and strong nerves on the one hand, and are open to sometimes absurd and sometimes flat motifs on the other. On the other hand, there is little to argue about the aesthetics of what was filmed by cameraman Ruben Impens. And so “Titane” is not only a visually stunning work, but above all a work full of violent images, which more than once causes physical discomfort when watching, but which also has to be credited with the extraordinary narrative approach.

“Titane” will be in cinemas from October 7th.