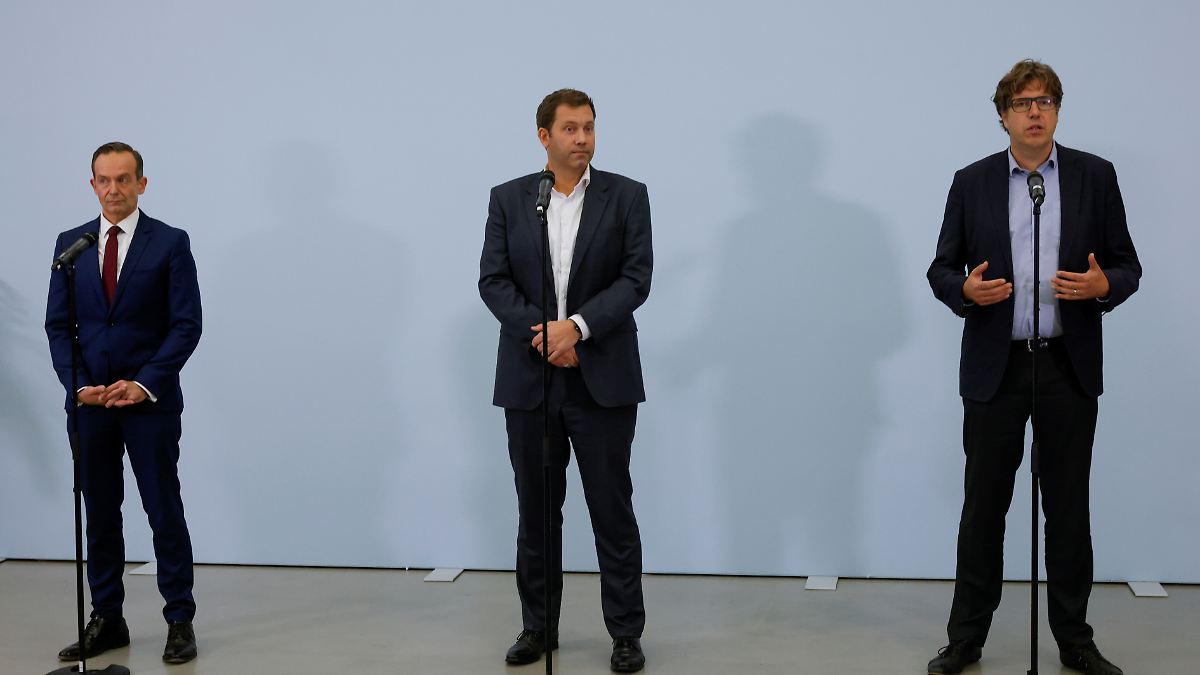 The first meeting of the SPD, Greens and FDP paves the way for official exploratory negotiations. FDP General Secretary Wissing says that the conversation went well, but that it remains “a difficult path”.

Eleven days after the general election, the first roadmap for the formation of a traffic light coalition is in place. On Monday, the SPD, Greens and FDP want to begin “intensive exploratory talks,” as SPD General Secretary Lars Klingbeil announced after a six-hour meeting between the three parties. It was the first three-way round of a possible traffic light alliance. So far, the parties, including the Union, had only met in two-way constellations.

Klingbeil said that due to the “good conversation” it had been agreed that it would continue this Monday. The weekend should be used “to prepare an intensive week of explorations”. The meeting was characterized by “that we want to achieve something together”. Today’s meeting had not yet been called an exploration, but a “conversation” by the parties.

FDP general secretary Volker Wissing stated that at a presidium meeting of the party on site it had been decided to “enter into a formal, in-depth exploratory phase”. He was confident that the next week could “be a good one”. “The conversation went very well”, but it remains “a difficult path”. Wissing emphasized that there was “no agreed end to the exploratory talks”.

Greens Federal Managing Director Michael Kellner said there was a basis of trust. At the same time, he assured that the talks should not lead to night meetings. You don’t want to work according to the “At some point you will be so exhausted, then there will be a result”, you want to work very concentrated during the day.

The discussions in an exhibition center in western Berlin took place in the morning started at 11 a.m. and were scheduled until 5 p.m. The meeting was only on Wednesday officially agreed. CSU boss Markus Söder had the announcement of the negotiations as “De facto rejection” to a Jamaica government made up of the Union, Greens and FDP.