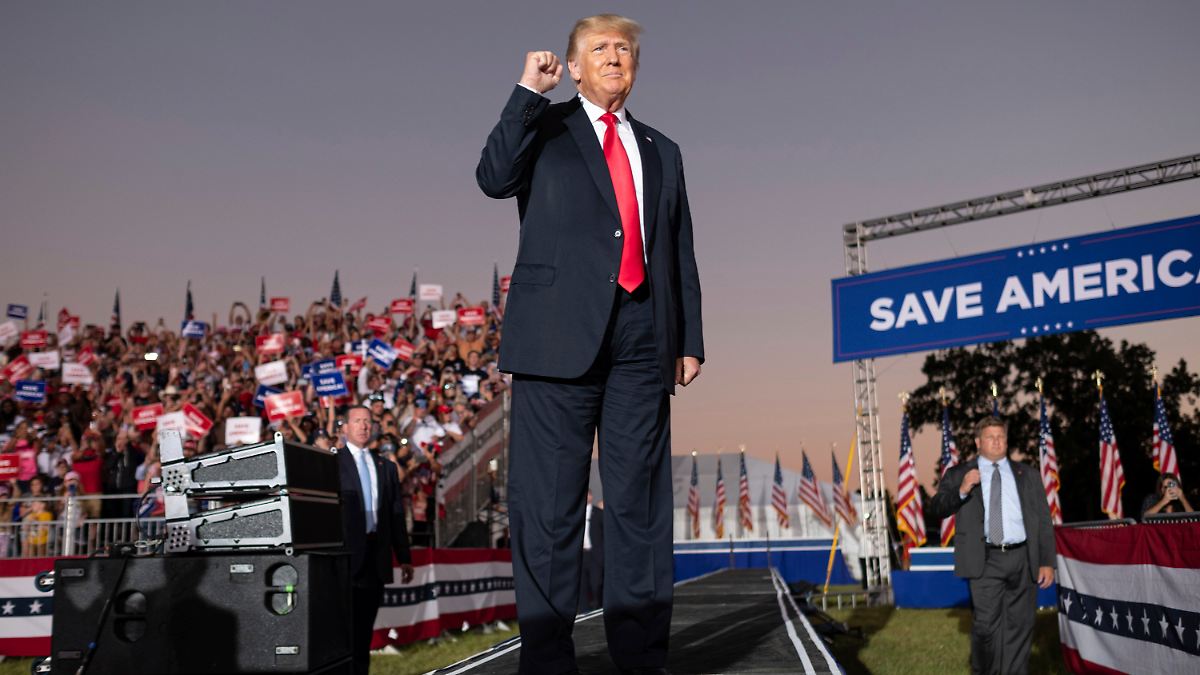 During Donald Trump’s tenure, Fox News has never been more influential. The station, which started with the goal of “fair and balanced”, is dedicated to the ex-head of state of the USA, Trump uses him as a mouthpiece and inspiration. Critics describe Fox News on the anniversary as a “propaganda machine”.

As a conservative experiment, Fox News went on the air 25 years ago that Thursday, October 7, 1996. The advertising slogan at the time: “fair and balanced”. Media mogul Rupert Murdoch wanted to counterbalance liberal channels like CNN, and he had resounding success. Fox News has long been by far the most successful television station on the US cable network.

From the point of view of critics, however, there can be no talk of fair and balanced reporting: Fox News became known worldwide as the mouthpiece of Donald Trump. The president, who was voted out just under a year ago, is considering running again – which, if successful, could mean a return to power for Fox News as well.

No television station on the globe could have been more influential during Trump’s tenure than Fox News. The Media Matters for America website, which is committed to monitoring conservative media, identified a “Trump-Fox feedback loop”: According to its statistics, Trump put a total of 657 tweets in direct response to Fox News or the in 2019 alone Sister broadcaster Fox Business.

Trump was not only an avid viewer, his politics were often inspired by the broadcaster, which in turn reported on him with praise. Trump did not give any medium more interviews than Fox News, and sometimes he would spontaneously call the morning broadcast. In terms of personnel, too, the line between the White House and Fox News was porous. Employees of the station switched to government, former government employees in turn hired at Fox News – today, Trump’s former spokeswoman Kayleigh McEnany, among others, comments on the political events on the station.

Especially the prominent Fox News presenters in the evening – when the more balanced news programs are replaced by the extremely one-sided talk shows – at times seemed to see themselves more as campaign workers than journalists. This became particularly clear before the congressional elections in 2018, when star presenter Sean Hannity – who is said to have had a gigantic influence on Trump – stood on stage in Missouri with the president.

Columnist Max Boot commented in Foreign Policy magazine in 2017: “Fox News has completed its transformation into Trump TV.” CNN media journalist Brian Stelter described the station in a book last year as “a propaganda machine like the United States had never seen before”.

“Little regard for truth”

Trump’s former spokeswoman Stephanie Grisham – who never held a press conference in her nine-month term – recently told CNN that Fox News was the station to spread information mostly without critical inquiries. “I was looking forward to it, too [Moderator; Anm. d. Red.] Lou Dobbs because Lou Dobbs was talking about how great everything was all along, and I just nodded and said yes. “Was she always honest about her interviews on Fox News?” I probably wasn’t ” said Grisham, “And I very much regret it.”

Trump’s “propaganda network with little regard for the truth,” as ex-President Barack Obama put it, could not prevent one thing: the Republican’s electoral defeat last year. Ultimately, Fox News also had to acknowledge that Democrat Joe Biden had won the presidential election. Trump also sharply criticized his house channel at the time and urged his supporters to turn on obscure right-wing special interest channels such as Newsmax or OAN instead. Ultimately, however, the ex-president knows that he cannot reach a broad base of his supporters without Fox News.

Fox News viewers are extremely loyal Trump supporters. Not only did a poll by the Pew Institute last year identify 93 percent of Americans, the most important source of which is Fox News, as supporters of the Republicans. In a previous poll by research institute PRRI, 55 percent of Republicans who get their information primarily from Fox News said there was nothing Trump could do to lose their approval. For those of her party friends who primarily obtained information from other sources, this figure was only 29 percent.

The Trumps as welcome guests

So it is not surprising that Trump and his entourage have largely disappeared from the screen on channels like CNN, but not on Fox News. The “Washington Post” counted: Since Trump left office on January 20, former employees of his government have appeared in more than 60 percent of the roughly 160 editions of the talk show Hannitys. Members of the Trump family were seen in just under 30 percent of prime-time episodes, the newspaper reported last month. The show resembles “a kind of Trump government-in-exile”.

Since leaving, Trump has given numerous interviews to Hannity and other Fox News presenters. As a rule, Trump does not have to fear critical questions; instead, he is given a platform to attack his successor. Officially, Trump has not yet declared his candidacy in the 2024 presidential election, but he keeps flirting with it. “I don’t think we’ll have a choice,” he said last month – in an interview with Fox News, of course.