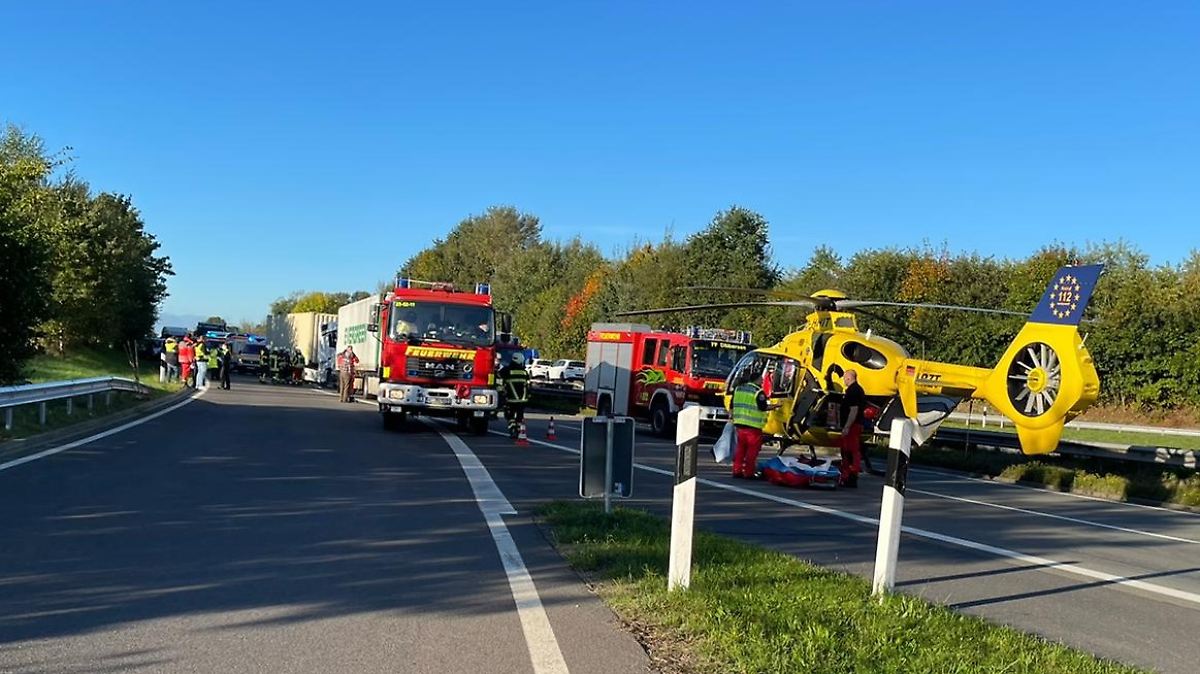 The emergency services were presented with a picture of horror: a truck driver overlooks the end of a traffic jam and pushes a small car under another truck. Any help comes too late for a 70-year-old.

In a serious traffic accident at the end of a traffic jam on Autobahn 261, the passenger in a small car was killed near Hamburg. She was caught in the car by a truck braking too late, the police said. Due to the force of the impact, the small car was pushed almost completely under the trailer of the truck in front.

The 70-year-old died in the vehicle wreck. The 71-year-old car driver was flown to hospital seriously injured. The driver involved in the accident also suffered serious injuries. According to the police, the 49-year-old truck driver noticed the end of the traffic jam too late. Another articulated lorry was able to avoid the scene of the accident, but brushed against the accident truck.

The emergency services were at the scene of the accident with a large contingent. Because of a carelessly formed emergency corridor, there were considerable problems getting to the accident victims.