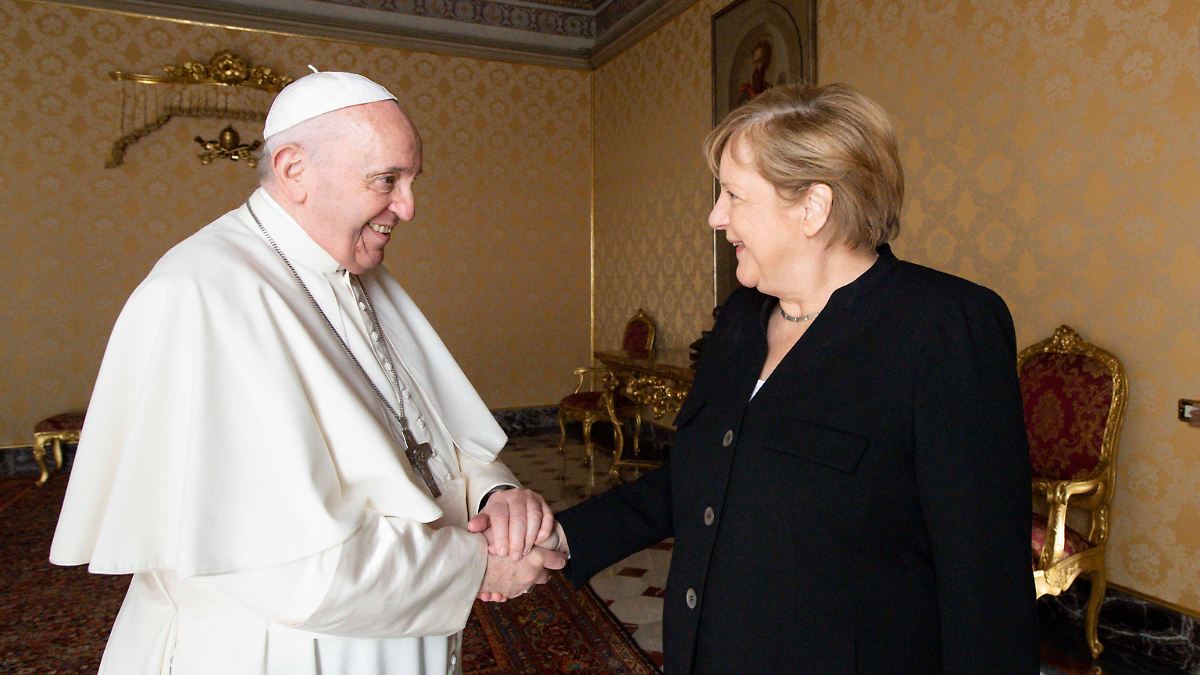 All good things come in five: for the last time the Pope granted the outgoing Chancellor a private audience in Rome. Merkel is primarily concerned with massive child abuse in the church and the crisis of confidence among believers. Francis can hardly contradict her.

The topic also played an important role in her private audience with Pope Francis – the fifth since he took office. “The trust of Christians, the believers in their church is required, and that is why, from my point of view, this is a very important project,” emphasized the Chancellor. Germany has “strongly promoted” the project in recent years.

She not only exchanged views with Pope Francis about the situation of the Church, “but also about the political challenges we are facing,” said Merkel. The upcoming world climate conference in Glasgow played a major role. The Chancellor described it as “important and encouraging that the issue of the preservation of creation” is also of great importance in the Catholic Church.

Black and white: Merkel changed the color of her jacket for the meeting with Draghi.

After meeting the head of the Catholic Church, Merkel met the Italian Prime Minister Mario Draghi for a working lunch. It was an inaugural and farewell visit to Draghi at the same time, said the Chancellor before the meeting. According to the Federal Government, the focus of the talks with the Italian Prime Minister is on current international and European issues. Merkel had said that under Draghi and his “very inclusive government” “a lot was on the way” in Italy. She is looking forward to the visit, because she has already “mastered crises with him when he was still head of the European Central Bank”.

In the afternoon, the Chancellor and the Pope will take part in the closing event of the Peace Meeting of the Community of Sant ‘Egidio and give a speech there in front of the Colosseum in Rome. Merkel was several times during her 16-year term of office of Francis and his predecessor Benedict XVI. been received for private audiences.