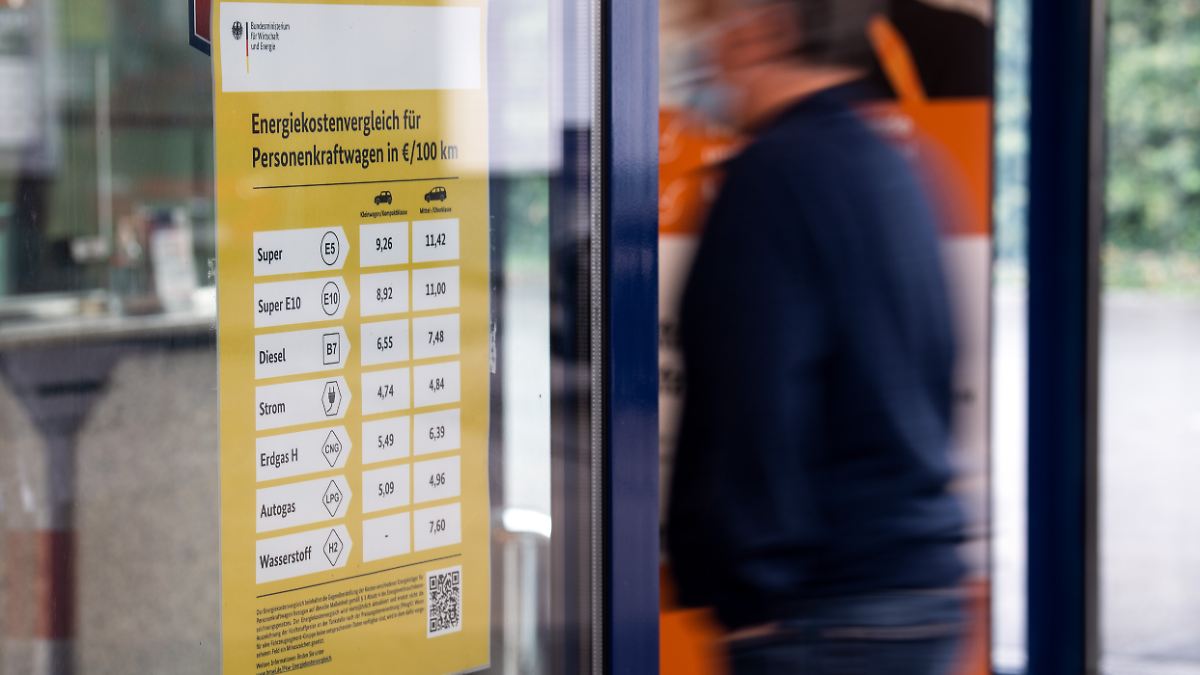 The Federal Ministry for Economic Affairs and Energy wants to use a yellow information sheet every three months at petrol stations to provide information on the costs of the individual types of drive, thereby sensitizing customers to alternative drives. But is this listing serious or just a milkmaid bill?

A fuel cost comparison made by the Federal Ministry for Economic Affairs and Energy is intended to sensitize customers to alternative drives at petrol stations in the future. The yellow note lists how much money the driver of a gasoline, diesel, e-car, fuel cell or gas vehicle has to invest over 100 kilometers in the respective drive type. According to the ministry, the data will be updated every three months.

In the first edition of the energy comparison published by the Ministry for Economic Affairs and Energy, electric cars clearly have the best values.

In the first edition of the information sheet for September, the electric car performed best in the vehicle classes listed in the ranking. The yellow ministry paper shows a price of just 4.74 euros or 4.84 euros over 100 kilometers. The most expensive is the Super E5 at 9.26 euros or 11.42 euros for larger vehicles. The calculation is based on the average consumption of the three best-selling cars per vehicle category. This means that the energy costs are formed from the average liter or kWh prices of the previous quarter. However, the note does not show how high these were.

Criticism of the Ministry’s calculation

It is precisely this point that is causing criticism, as prices change rapidly within a short period of time, especially for liquid fuels. Diesel, for example, has risen by an average of nine cents per liter in the past three months, while the price of gasoline has increased by an average of eight cents. Since the prices for energy change faster than the cost comparison is updated, its information is almost never correct.

The electricity costs at public charging stations are significantly more expensive than those at the domestic socket.

Another problem is that charging the battery of an e-car is based on the costs at the in-house socket. And they are usually 10 to 50 cents below the prices at public charging stations per kilowatt hour. So if you have no way of charging on your private property, you will not find yourself in the price comparison table. The costs for maintenance, insurance, depreciation and taxes for the respective vehicle type are also not taken into account. However, due to the lower maintenance costs, e-cars would actually do significantly better than vehicles with conventional combustion engines.

The Federal Ministry for Economic Affairs and Energy sees no problem with its flat-rate calculation after the criticism. Because, according to the ministry, “the cost comparison should above all ensure comparability and raise awareness of alternative drives and energy sources for passenger cars”. Because precisely this comparison has been difficult up to now due to the different units – liters, kilograms, kilowatt hours and cubic meters.

The ministry decision was preceded by various consumer surveys and a pilot project at 15 petrol stations. According to the ministry, these have shown “that there is a large lack of information among consumers about alternative drives and fuels”. For example, more than 80 percent of those surveyed rated their knowledge of alternative fuels and 50 percent their knowledge of battery-electric drives as insufficient, 55 percent stated that additional information on fuel costs would influence the next vehicle choice.

Yellow label only at 1500 petrol stations

The information is now mandatory at all petrol stations with more than six multiple fuel pumps. With almost 1,500 locations, these large companies only make up a small part of the total of 14,500 petrol stations that exist in Germany. Smaller companies are free to hang up the yellow notes or to present the information on a screen, because that is also allowed. The ministry’s specification only states that the table must be clearly visible, either in a prominent position near the cash register or on at least half of the petrol pumps.

Regardless of whether it is a display or paper, the information is identical. The individual fuels are listed in seven lines, starting with Super E5, Super E10 and Diesel. This is followed by electricity, natural gas, LPG and hydrogen. The energy costs are also shown in two columns, each for an average small car or compact class and for medium and luxury class vehicles. It remains to be seen whether the yellow note at the end actually motivates customers to change the type of drive or whether it is the ever increasing prices for liquid fuels.