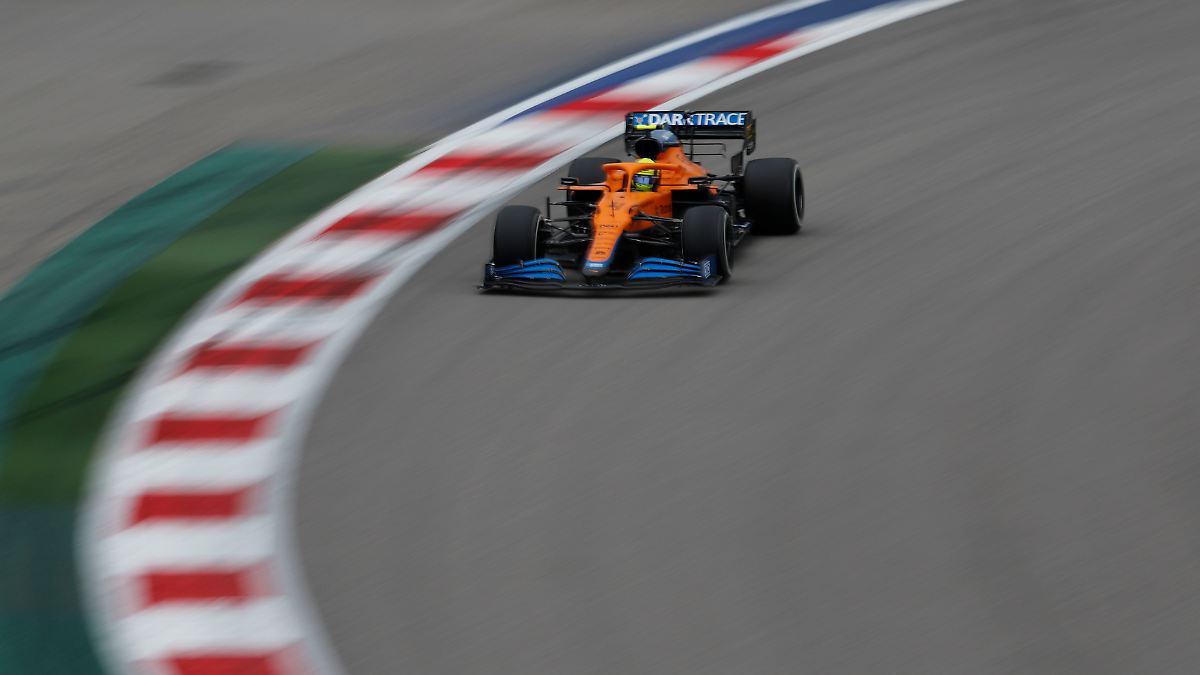 His failure in Sochi is dramatic and heartbreaking, but Lando Norris’ first Formula 1 victory seems only a matter of time. After the disappointing end of the recent Grand Prix, he spends a lot of time in the simulator to learn from the bitter experiences.

In one respect, Lando Norris is already the undisputed leader in the industry. While numerous racing drivers dutifully splash their champagne on the podium, the British crowd favorite has elevated honoring the top 3 drivers to an art form. Sometimes he jumped in, but in any case with great taste, Norris slams his bottle on the floor, so that a meter-high fountain of sparkling wine rises. The only flaw: So far, the McLaren driver has “only” celebrated second or third in Formula 1.

“Lando is so young, he still has so many victories ahead of him,” says someone who should know. Sir Lewis Hamilton, seven-time world champion and 100-time Grand Prix winner, was one of many who suffered with the young Brit two weeks ago in Sochi. The 21-year-old drove towards his first triumph in the premier class until rain set in in the final laps and Norris and his team made a major mistake in choosing a tire.

Apprenticeship money that the boy wonder Norris, who won through all the junior classes and was promoted to Formula 1 at the age of 19, would have gladly done without. After the “disappointing end” of the most recent Grand Prix, he “spent a lot of time in the simulator to learn from the experience,” reported Norris, who is on the 16th race of the season on the “real driver’s track” in Istanbul (Sunday, 2pm in the live ticker at ntv.de).

Norris is already being watched

In addition to personal highlights – four podium places and one pole position for Norris this year – for the young man from Bristol it is also about securing third place with McLaren behind Mercedes and Red Bull in the constructors’ world championship. It is no coincidence that the traditional team, the secret British national racing team, has been visibly improving since Norris signed on in 2019.

The ever-popular joker mostly had his more experienced teammate Daniel Ricciardo under control – even though the Australian at Monza McLaren brought his first win in almost nine years. Norris has long been mentioned in the same breath as Max Verstappen, Charles Leclerc or George Russell when it comes to possible world champions in this decade. Red Bull had already had an eye on the super talent in the past, as motorsport consultant Helmut Marko recently confirmed. Other racing teams follow Norris’ development with interest.

But he has made a commitment, at least in the medium term, when he extended his contract with McLaren by “several years” in May. “My goal is to win races and become Formula 1 world champion, and that’s what I want to achieve with this team,” he said at the time. It is not entirely unlikely.