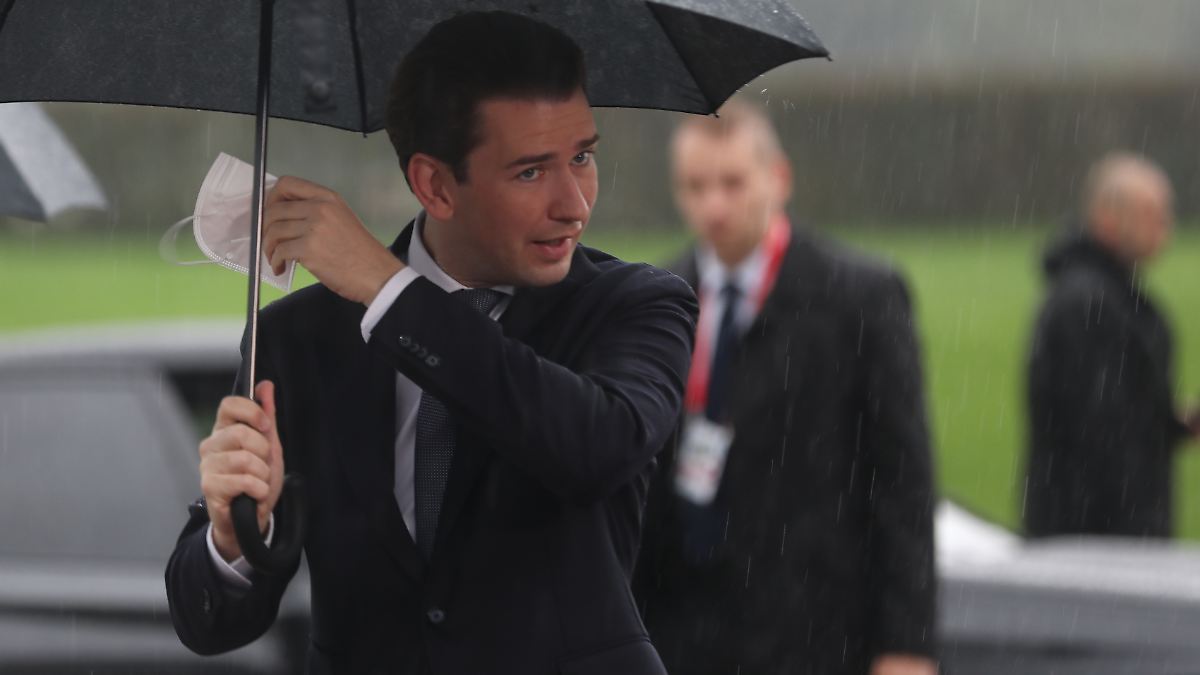 It is a monstrous suspicion: Austria’s Chancellor Kurz is said to have got into his position with the help of bribery. Prosecutors believe a newspaper published positive poll results for which tax money was paid. Kurz ‘coalition partner is now questioning his ability to act.

The public prosecutor’s office for business and corruption had the Austrian Chancellery, Ministry of Finance and the headquarters of Sebastian Kurz’s ÖVP party searched. The public prosecutor is investigating Kurz and some of his close confidants on suspicion of breach of trust, bribery and corruption. The team around the 35-year-old head of government is said to have bought positive reporting in a tabloid from 2016 with tax money in order to pave the way from Kurz to the party leadership and the Chancellery. Kurz was Foreign Minister until 2017 before he took over the helm at the ÖVP in May 2017. In the new elections in October 2017, the People’s Party emerged as the strongest force and Kurz became Chancellor.

Does Austria’s government break up over the case?

He could not imagine that the government would not hold, said Kurz on ORF. He spoke about everything with Vice Chancellor Werner Kogler of the Greens. Against Kurz, a parliamentary committee of inquiry is already being investigated for alleged false testimony. Kogler himself, however, now invited the parliamentary group leaders of the other parliamentary parties to discuss how to proceed. A meeting with the Green Federal President Alexander Van der Bellen had also been agreed. “We cannot go back to the agenda; the Federal Chancellor’s ability to act is questioned against this background,” said Kogler. The opposition had already called for Kurz to resign.

What exactly is Kurz accused of?

According to Public prosecutor Survey results – sometimes manipulated – were published in the editorial section of a daily newspaper as well as in other media belonging to the same group of companies. There is a suspicion that public officials paid money from the Treasury’s coffers to the media company in return, as part of media and advertising collaborations. “According to the suspicion, the payments for these collaborations were essentially concealed consideration,” explains the public prosecutor. The authority does not want to disclose further details with reference to the ongoing investigation. Obviously it is about advertisements in the daily newspaper “Österreich”.

Like the Austrian news magazine “Profile” reported, the opinion research company had previously approved by Kurz confidants whether it would forward survey results to the media group. The search warrant is available to the magazine. The media reports were partially flanked by opinion articles that were positive for Kurz. In addition to the surveys, other reports are said to have been part of the deal. The time of publication was therefore also given.

How much money should have flowed?

The pollster was therefore commissioned with three studies on the subjects of “budget policy”, “combating fraud” and “zero deficit”, with a total value of more than 230,000 euros. The Ministry’s advertisements would have cost a total of EUR 1.116 million plus EUR 223,200 sales tax.

Who is all under suspicion?

A close confidante in the Ministry of Finance is said to have played an important role in the procurement of the funds, Thomas Schmid – who is involved in numerous ÖVP affairs. According to the public prosecutor’s office, nine other accused and three associations are being investigated in addition to the Chancellor. Kurz’s press spokesman and others from his closest circle are suspected. In the course of “association responsibility”, information from “Profil” is being investigated against the ÖVP and the Austrian media group.

What does Kurz say about the allegations?

Kurz stated that he was convinced that these allegations would soon turn out to be false. “This time, too, there are constructed allegations with the same system,” said Kurz. “SMS are always taken out of context in order to construct a criminal charge.” There is no evidence whatsoever that he controlled which advertisements or surveys were placed in the Ministry of Finance. He could “exclude 1000 percent” that he could be asked or received bogus bills for surveys or otherwise involved in them. The allegations are aimed primarily at employees of the Ministry of Finance.

The fact that polls were manipulated in his favor is absurd because dozens of polls in the 2016 period in question revealed very similar values ​​for parties and politicians.

What does the suspected media group say about it?

The daily newspaper “Österreich” rejected the allegations: “At no point in time was there an agreement between Mediengruppe Österreich and the Ministry of Finance about paying for surveys through advertisements.” All ad payments by the Ministry are disclosed by the Transparency Act.