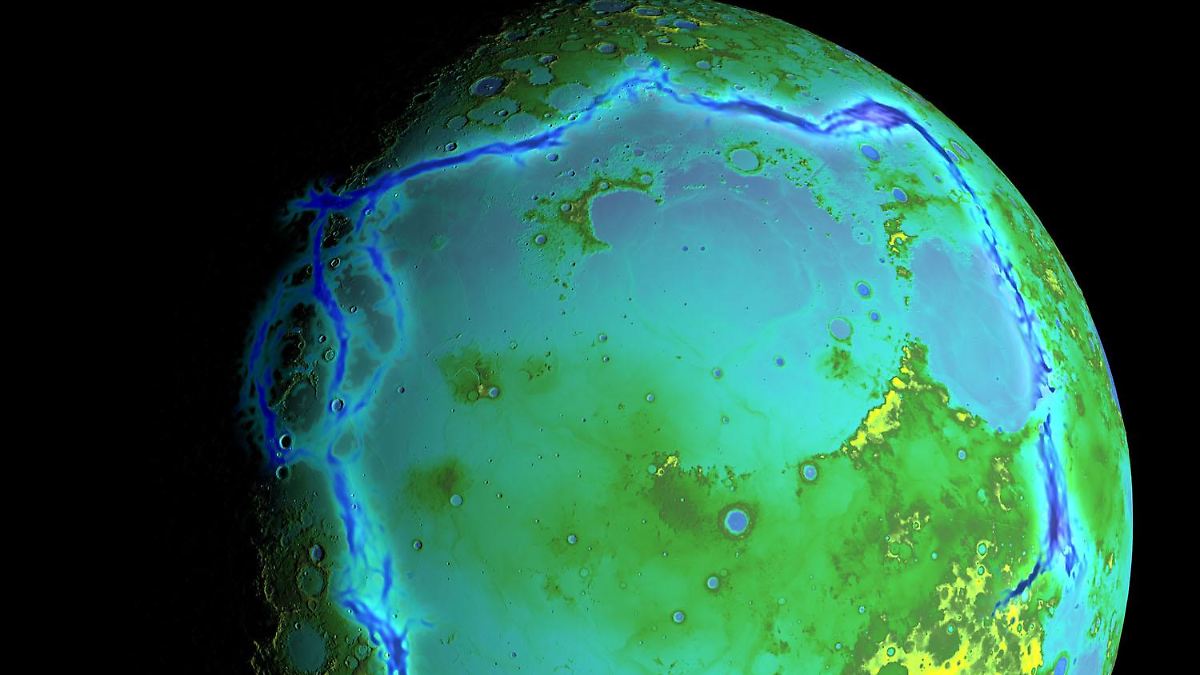 For the first time in more than 40 years, a Chinese probe is bringing moon rocks to earth. The samples provide researchers with amazing insights into the age of a region known as the “Ocean of Storms”. There was lava there longer than previously thought. So far there have only been guesses as to the reason.

Two billion years ago, the Oceanus Procellarum – the ocean of storms – was a huge lava lake on the moon. This is shown by the investigation of rock samples that the Chinese probe Chang’e-5 returned to Earth in December 2020. Thus there was volcanic activity on the earth’s satellite a billion years longer than previously assumed on the basis of the Apollo lunar samples. Why the lava lake was preserved for so long is still unclear, writes an international team of researchers in the journal “Science”.

“There is no evidence of any radioactive elements in the moon’s mantle that could have produced enough heat to generate the lava,” write Xiaochao Che from the Chinese Academy of Geosciences in Beijing and his colleagues. “So we have to look for alternative explanations for the lunar lava longevity.” It is true that the impact of a larger asteroid could also produce a lava lake – but in the area of ​​the Oceanus Procellarum the characteristics of other impact basins such as ejecta or gravity anomalies were missing, according to the researchers.

As a possible explanation, Che and his colleagues therefore favor heating through tidal friction. Because the moon was even closer to the earth two billion years ago than it is today – around a third or a quarter, estimates co-author Alexander Nemchin from Curtin University in Australia. “Of course, the tidal friction would act everywhere on the moon,” says the researcher. “But there are regions in which the melting temperature is lower due to the chemical composition.” One such region could possibly be the ocean of storms.

First samples from the moon since 1976

Chang’e-5 took off on November 20, 2020 and landed on Earth’s satellite on December 1. Just two days later, the probe started back to Earth with 1731 grams of soil samples – it was the first such mission since the Soviet Luna-24 probe brought around 170 grams of lunar rock to Earth in 1976. The ocean of storms, which can be seen from Earth, is the largest of the dark lava plains on the moon, at an area of ​​2500 kilometers. So far it was unclear how old this area is – the assumptions fluctuated between 1.2 and 3.2 billion years.

However, the exact age of the Oceanus Procellarum is of great importance for lunar and planetary researchers – because it enables the age determination to be calibrated by means of crater counts. “The more craters a surface has, the older it is,” explains co-author Brad Jolliff of Washington University in the United States. “But to determine the absolute age, we need rock samples.” And so far there has been a big gap: The previous volcanic rock samples were all older than three billion years. And rock samples from impact craters were less than a billion years old.

The researchers have now been able to close this gap with the age of Oceanus procellarum, which was determined to be two billion years. In the future, it will be possible to determine the age of the landscapes not only on the moon, but also, for example, on the planets Mercury and Mars more precisely than before.