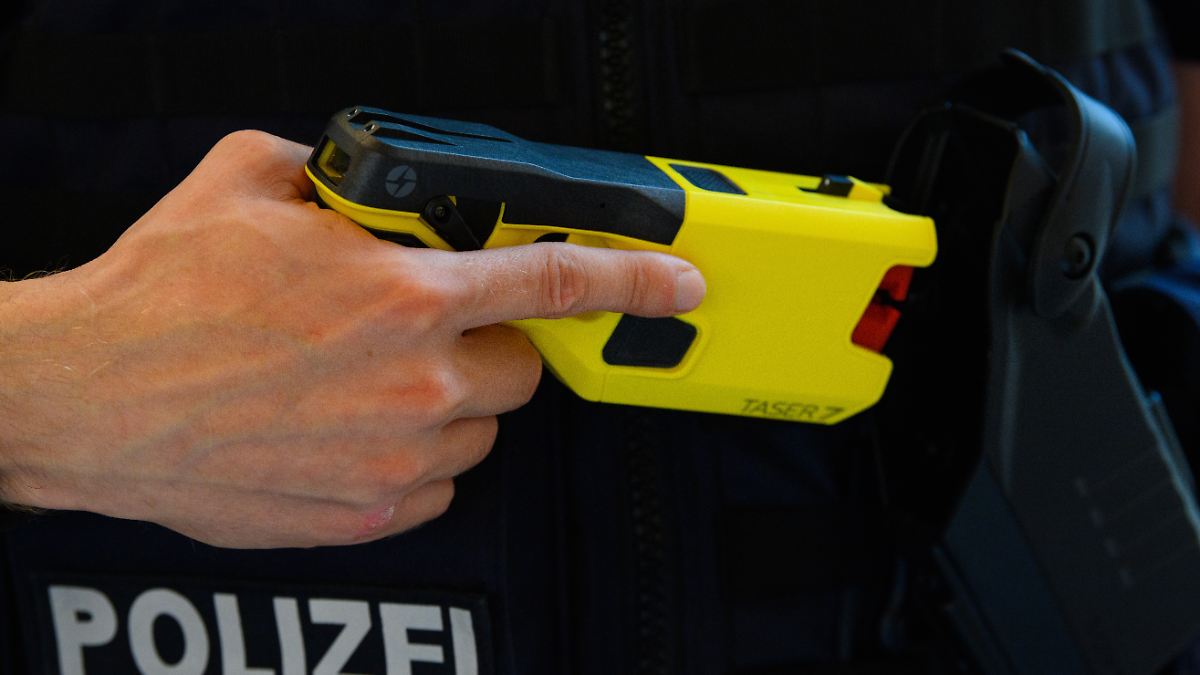 A 53-year-old man is killed in a police operation in Rhineland-Palatinate. A few days earlier, a 39-year-old died in Lower Saxony after being overwhelmed by the SEK. A taser is used against both men – a weapon that is only supposed to paralyze the opponent for a short time.

Within a few days, two men in Germany died after the police used stun guns. On Wednesday evening, a 53-year-old suffered cardiac arrest during a police operation in Rhineland-Palatinate. In Lower Saxony, a 39-year-old died in hospital just under a week ago after he was overwhelmed by the Special Operations Command (SEK).

When deployed in Neustadt in Rhineland-Palatinate, the police officers used a so-called taser and pepper spray, the public prosecutor and the police said. Tasers are stun guns that cause temporary paralysis in the nervous system. Arrow electrodes fly out of the devices into the attacker’s body. Current pulses are then emitted from the cables attached to it.

The police had been alerted because the man was shouting in the street and allegedly did not let residents into an apartment building. He is also said to have reacted aggressively to the officers and attacked them, for example, he is said to have kicked a policewoman in the head. He was brought to the ground and handcuffed. A little later he suffered cardiac arrest. The emergency doctor, who was immediately alerted, was also unable to reanimate the man. The policewoman was treated as an outpatient in a hospital. The prosecutor is investigating.

39-year-old even called the police more on the subject

It wasn’t until Tuesday that a Death known to the police in Lower Saxony after a stun gun use. According to the police, a 39-year-old first dialed the emergency number on Friday night and gave confused information. When police officers arrived at his home in Garbsen near Hanover, he threatened them with a knife and a metallic object. The officers reportedly brought the wife to safety, withdrew and informed the SEK, which overwhelmed the man a little later. When his condition worsened, he was taken to a hospital, where he died on Friday evening, the police said. An autopsy should clarify the cause of death.

Stun guns are now used by the police in all federal states. While Rhineland-Palatinate equips every patrol car with a taser, in Lower Saxony only the SEK has stun guns.