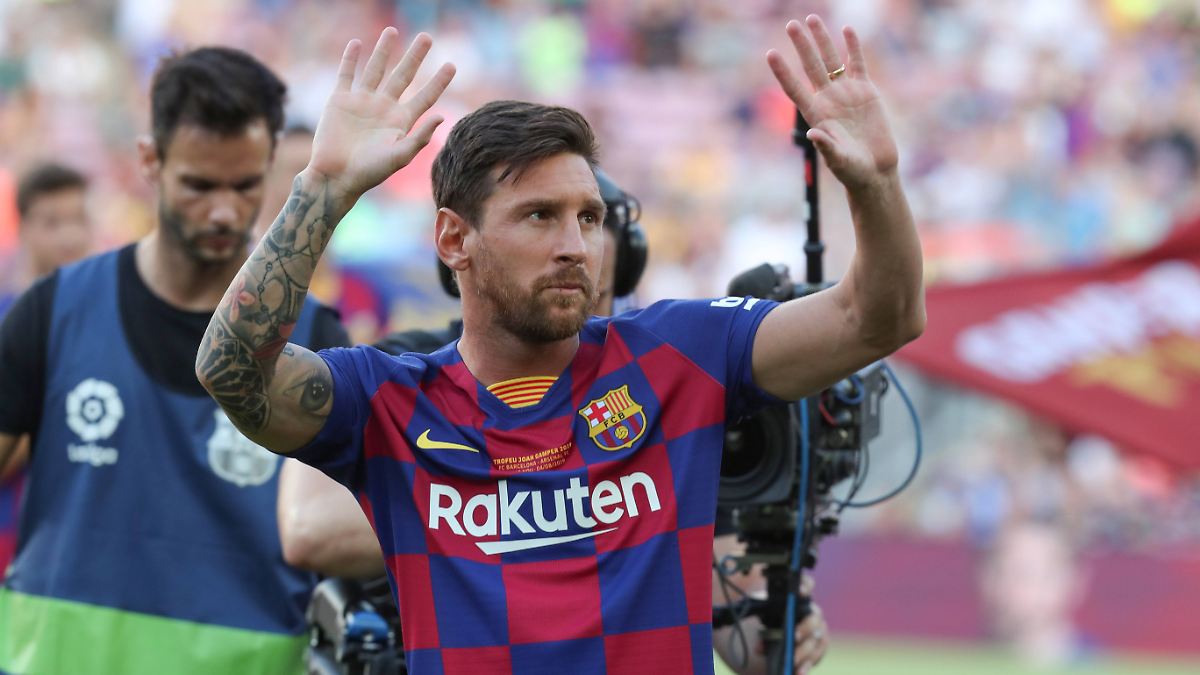 FC Barcelona have to let their superstar Lionel Messi go because the financial situation of the big club is so dire. The old leadership should be to blame for this, says the new President Joan Laporta. He himself has hope to the last that Messi will take a very special step. But he didn’t.

Before Lionel Messi’s move to Paris Saint-Germain, FC Barcelona President Joan Laporta was hoping for unusual accommodation from the superstar from Argentina. “I would have liked if Messi had said at the last moment that he was playing for free,” Laporta told RAC1. At the same time, he admitted that he hadn’t expected it. “A player of his level can’t really do that,” he added. “We all knew he had a very strong offer” from PSG.

Messi said goodbye in tears after 21 years at FC Barcelona on August 8 and joined PSG on a free transfer. According to the club, a new contract failed due to the financial fair play requirements of the Spanish league and the empty Barça box office.

On Wednesday, the new management of FC Barcelona around Laporta presented shocking business figures – and blamed the former executive floor of the traditional club under ex-President Josep Maria Bartomeu for the desolate financial situation. “They signed players even though they knew they couldn’t pay them,” complained General Manager Ferran Reverer when presenting the annual report for the 2020/21 financial year.

Accordingly, the club, which is owned by the members, made a loss of 481 million euros because the income had collapsed while it had not been able to cap the expenditure. It will take five years to financially rehabilitate the club, Reverer said.

Laporta had already announced in August that FC Barcelona had accumulated debts amounting to 1.35 billion euros and also indicated possible legal steps against the former club management. At the time, the club had just lost its best player, Argentine superstar Leo Messi, to Paris Saint-Germain on a free transfer because the French were able to pay more. The club from Catalonia, which used to be spoiled for success, has since suffered more defeats and has slipped to ninth place in the table.

Expenditures rose by 19 percent in 2020/21 compared to the previous budget year to a total of 1.16 billion euros, said Reverer. On the other hand, revenues have decreased by 26 percent to 631 million euros. The restrictions imposed by the corona pandemic, in particular the closure of the Camp Nou stadium in Barcelona and the club’s other facilities, had led to a loss of revenue of 181 million euros, said Reverer. The revenues of the Barça stores for fan articles and from TV rights have also fallen sharply, the latter also due to the early exit from the Champions League.