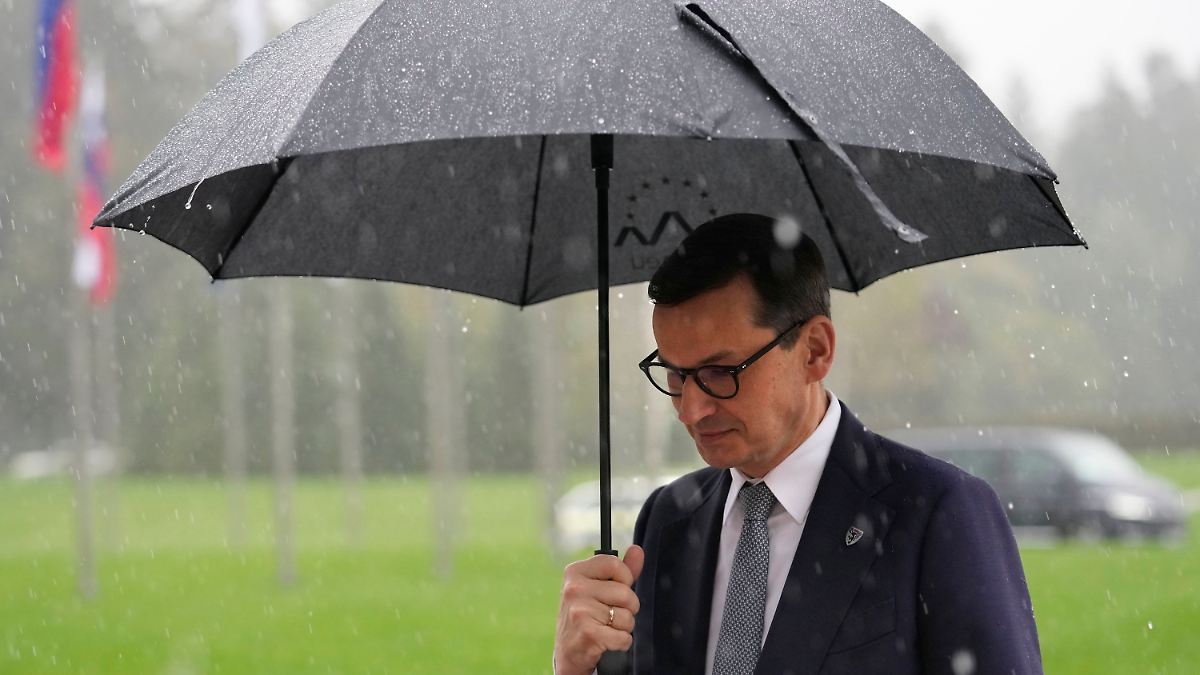 After the court ruling on the weighting of national law, Poland is still on a course of confrontation with the EU. There is heavy criticism from the other EU members. The Central European country wants to remain in the union of states.

The Polish Prime Minister Mateusz Morawiecki has assured that his country wants to remain in the European Union after the historic court ruling against the primacy of EU law over national law. There should not be an exit from the EU like the UK. “Poland’s place is and will remain in the European family of peoples,” Morawiecki wrote on Facebook. The Warsaw Constitutional Court on Thursday declared parts of the EU treaties unconstitutional. The presiding judge, Julia Przylebska, accused the EU institutions of illegally interfering in Poland’s internal affairs.

While Brussels reacted “concerned” to the decision, France is stricter. “This is an attack against the EU,” said French EU State Secretary Clément Beaune to the broadcaster BFM-TV. “There is a risk of a de facto exit,” said Beaune. The court decision is “part of a long list” of provocations. “When you join a club, you sign a contract, that is the EU treaty that was ratified by the Polish people in a referendum,” he added.

“Polish government is playing with fire”

Luxembourg’s Foreign Minister Jean Asselborn called the ruling, in which the Polish constitutional court found parts of EU law incompatible with the national constitution, very worrying. The Polish government is playing with fire. “The primacy of European law is essential for the integration of Europe and coexistence in Europe. If this principle is broken, Europe as we know it and as it was built with the Treaty of Rome will cease to exist,” warned Asselborn.

During the announcement of the verdict, Judge Przylebska listed a number of articles of the EU treaties that were not “compatible” with the Polish Basic Law. With their action against Warsaw, the EU institutions exceeded their competences.

The court thus followed the opinion of Prime Minister Morawiecki. At the end of March, he asked the judges for a decision on the question of whether the Polish constitution took precedence over EU law. The occasion was decisions by the EU judiciary in Luxembourg against the controversial judicial reforms of the right-wing nationalist ruling party Law and Justice (PiS).

Brussels accuses the government in Warsaw of undermining the independence of the courts and the separation of powers and has therefore initiated a number of proceedings in Luxembourg.