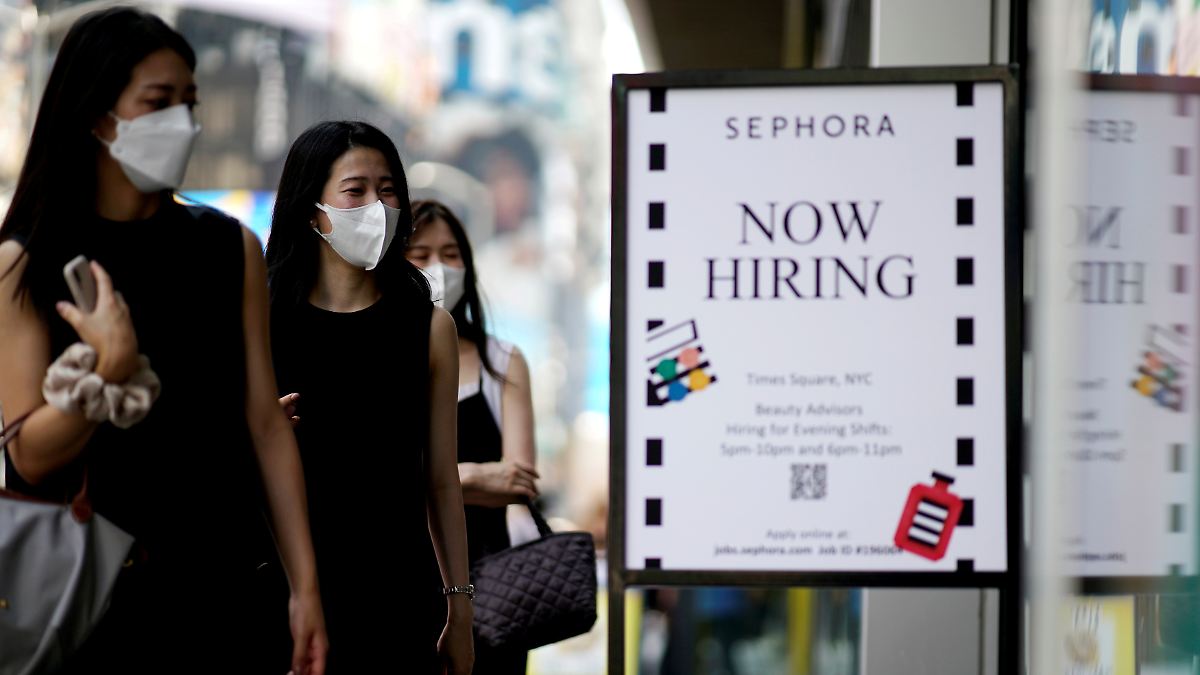 The American job data is neither good nor bad. The unemployment rate is falling more markedly than expected, but fewer jobs are being created than hoped. This also puzzles investors. When the market closes, all indices are in the red area.

A surprisingly small US job increase in September dampened sentiment on Wall Street at the end of the week. However, investors were unable to see any clear signals for the further monetary policy course of the central bank, given the simultaneous sharp fall in the unemployment rate. The US indices fluctuated from positive to negative and were recently all in the red.

In the past month, only 194,000 jobs were created outside of agriculture in the United States, while economists by consensus had expected job creation by 500,000. However, the unemployment rate fell more clearly than expected to 4.8 percent, it had been seen at 5.1 percent. In addition, the August data has been revised upwards.

Economists had expected that the phasing out of pandemic aid and the reopening of schools would encourage more people to take up employment. The labor market report of the private service provider ADP, which was published on Wednesday, was also considerably better than expected.

How is the Fed reacting?

It seems questionable whether the data now presented will prompt the US Federal Reserve to rethink its monetary policy plans. The rising bond yields indicated that the market does not expect tapering plans to be abandoned.

The numbers didn’t fundamentally change the starting position for the Fed, said Ryan Detrick, chief market strategist at asset manager LPL Financial. The central bank will probably cut back its bond purchases before the end of the year.

“All in all, it’s still in line with sustained overall employment growth,” said Scott Brown, chief economist at Raymond James. “It may not be as strong as we hoped it would be, but it is still showing signs of improvement.”

“A look behind the scenes shows that working conditions are more tense than the headlines suggest. With annual wages up 4.6 percent and the unemployment rate down to 4.8 percent, working conditions seem to be the current one Number of vacancies in the economy to be pretty tight, “said Allianz analyst Charlie Ripley.

At its most recent interest rate meeting in September, the Fed decided to start tapering its bond purchases in November. US Federal Reserve Chairman Jerome Powell had said that a “decent” September employment report would be enough for him.

Vaxart turned 1.4 percent in the red, although the company’s Covid-19 oral vaccination has reduced airborne transmission of the coronavirus in animal experiments.

A purchase propped up Chubb’s shares by 2.5 percent. The company is purchasing Cigna’s Asia-Pacific insurance business for $ 5.75 billion, following its own expansion strategy in the region. Cigna rose slightly by 0.2 percent.

Oil prices rose, supported by a statement from the US Department of Energy that it has no intention of releasing state oil reserves to curb price hikes. Now the players in the oil market are likely to concentrate on the supply shortage again, said Helge Andre Martensen from DNB Markets. A trend to switch from gas to oil could also boost oil prices during the upcoming winter months, he said. The dollar fell slightly after the labor market data. The dollar index fell 0.2 percent.