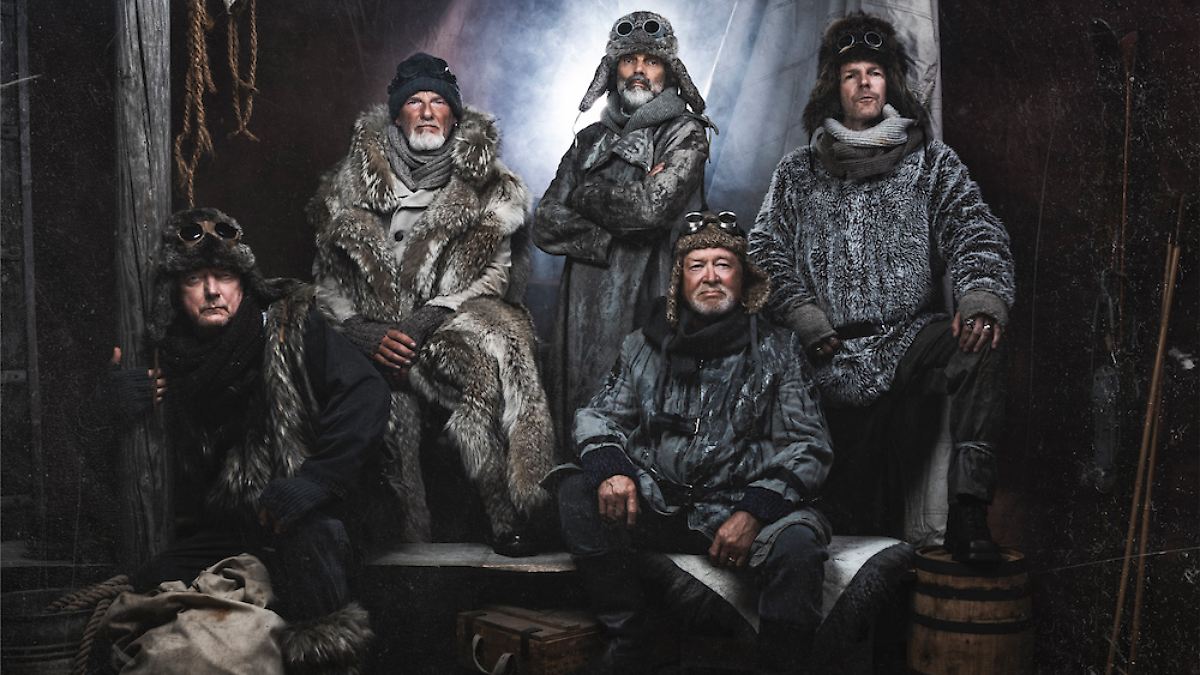 The countdown to Helene Fischer’s new album “Rausch” is on. But with “Wenn die Kälte sein” a week earlier, a band had already set their sights on the chart throne, which was also extremely successful in exploring the depths between Schlager and Pop: Santiano.

His name is Nathan Evans. He is from the UK and is a postman. At least it was, until his version of the old New Zealand whaling song “Wellerman” triggered an international shanty hype at the beginning of the year.

Perhaps the listeners who gave the song a number one place in Evans’ homeland, but also in countries like Norway, Belgium or the Netherlands, should have directed their eavesdroppers towards Germany beforehand. With Santiano, a band has been celebrating huge successes with musical sailor’s thread for almost ten years.

The men from the far north of Germany can already look back on four studio albums and one MTV unplugged album at number one. Their debut work “Bis ans Ende der Welt” is one of the 100 best-selling albums in Germany since the official count began in 1975. Evans must have fluttered his ears when Santiano did him the honor, his “Wellerman” with him to sing again in February.

The duo crossing the North Sea can also be found as a bonus track on “When the Cold Comes”. Otherwise, however, Santiano have embedded 13 brand-new interpretations into a coherent concept on their fifth studio album, which will be released this Friday, which revolves around the history of seafaring as well as the relationship between man and the sea. “When the cold comes” is Santiano’s “first real epic,” the record company even thinks.

The common thread that is supposed to hold the pieces together goes in the ear especially on the deluxe version of the album. Here a narrator connects the songs, reminding a bit of the legendary Hans Paetsch of the no less legendary European children’s long-playing records. Otherwise, however, the album fits seamlessly into the previous work of Santiano, which always sails somewhere between Schlager, Rock, Folk and Pop and explores the shallows between pathos, wanderlust and martial sea dog charm.

“When the cold comes” is not only the title of the album, but also the first song on it and the first single. “When the cold comes and overwhelms your heart, when my soul freezes, my breath burns, then I am with you where hope warms me”, the group around head batsman Björn Both makes it clear right away that one is pretending should dress warmly after listening to the long player. But it doesn’t get that icy again.

Much tried and tested, a hymn

On the other hand, with “What you love”, “Nothing but horizons” or “Lange her” follow ear-flatterers with Schunkel potential. These include the instrumental “As long as the fiddle plays”, the Low German song “An’t Enn vun de Welt” or the German-English reinterpretation of the Swedish traditional “Vem kan segla förutan vind” (“Who can sail without Wind”).

The only thing that really has the makings of a hymn is “This is your time”. And not just with sworn Santiano fans. “This is your time, you can make history, believe me, the time has come, you can be heroes” – lines like these would actually be made for the next big football or handball tournament. But unfortunately they are now waiting until 2022.

No, Santano won’t write history with this album. To do this, they fish too much in well-known waters. Nevertheless, they will probably tackle the top of the German album charts one more time and not only be heard by a “Krabbenpuler-Verein aus Büsum”, as band member Axel Stosberg spoke about their own success in an ntv.de interview in 2016 .

However, this time it should only be enough for a short interlude on the chart throne. After all, Helene Fischer’s new album “Rausch” will be released next Friday. And although she dares to cross musical borders in a very similar way as Santiano – if Sankt Helene picks up speed, everyone else is inevitably threatened with shipwreck.