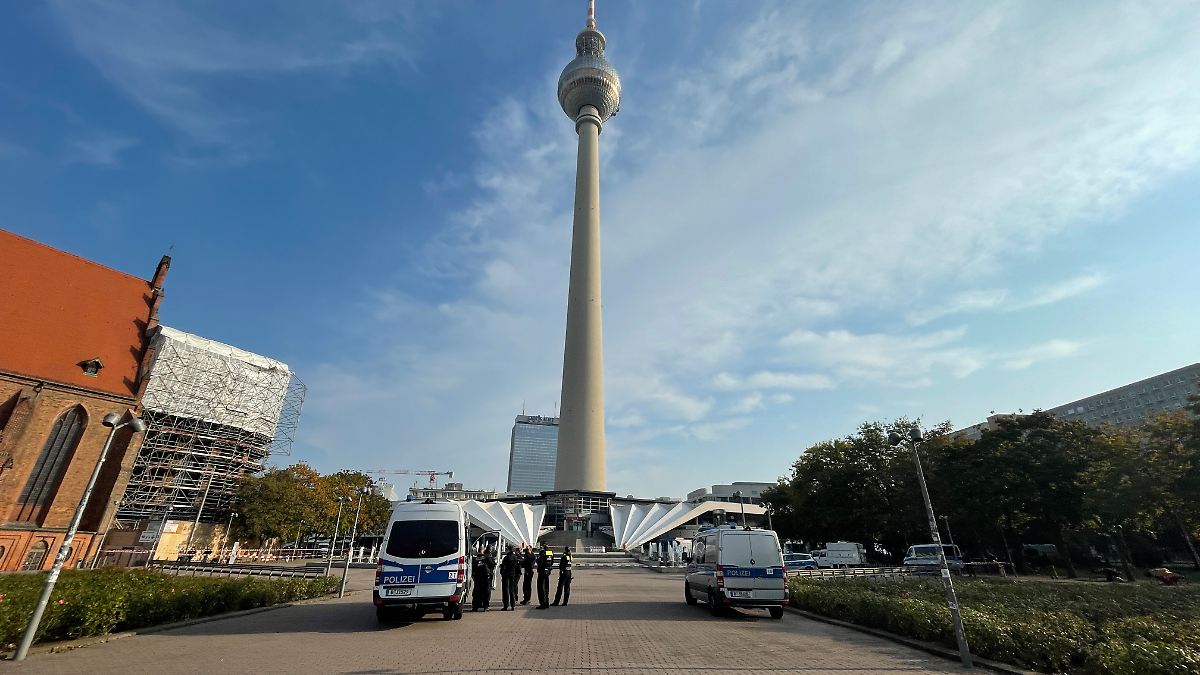 At the foot of the television tower on Berlin’s Alexanderplatz, employees of the city cleaning department find a body covered in blood. The crime scene is cordoned off for the purpose of securing evidence. In the evening, the police confirmed an arrest, but withheld details.

After a body was found under the television tower on Alexanderplatz in Berlin, a man was arrested in the evening. There is an urgent suspicion, said a police spokesman. There are no further details yet.

City cleaning workers discovered the body that morning. According to the police, the dead man was found in the area between stairs and water features. His injuries indicated a homicide. Therefore, the body should be autopsied. A homicide squad investigated the cordoned off site. This also included securing evidence. The police spokesman did not want to say anything about the identity of the man or the nature of his injuries due to the ongoing investigation.

According to “Bild”, the alleged perpetrator and the victim are said to be refugees. With reference to the first results of the investigation, the man is said to have been punched in the face, he had cuts on the head, the newspaper reported. There was a broken head of a beer bottle lying next to the body.