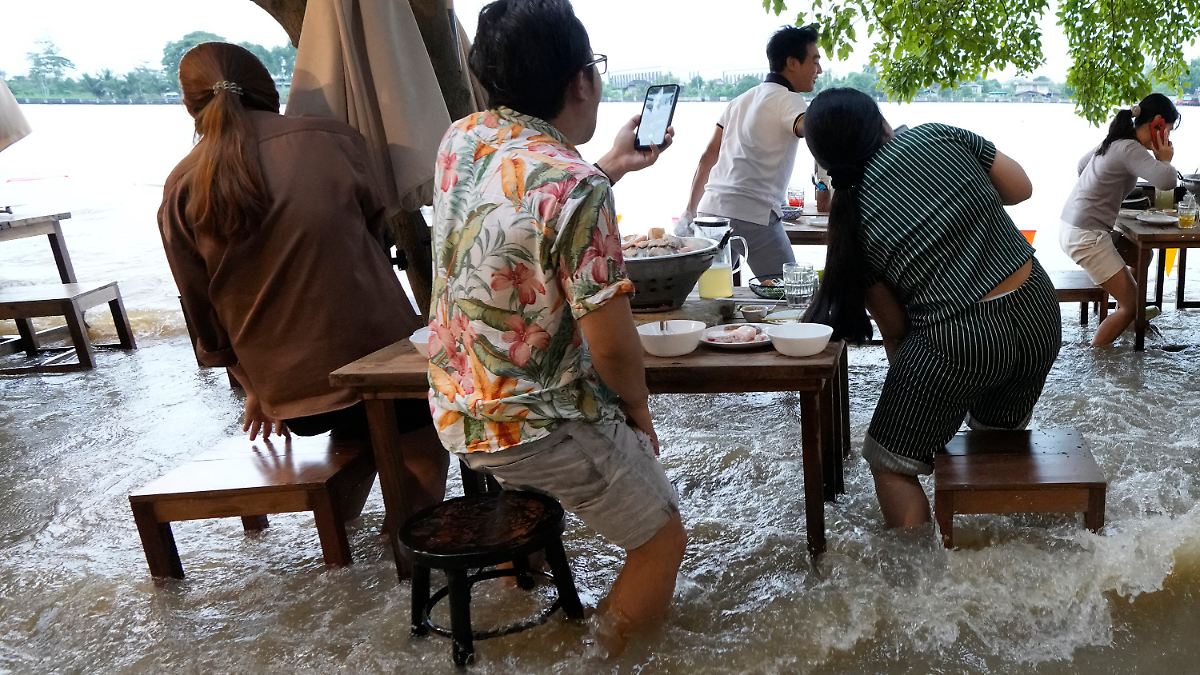 The floods of the Chao Phraya also hit the Titiporn Jutimanon restaurant in Bangkok. The existence of the young restaurateur is threatened. But then a video of guests jumping on the benches while dining and laughing when waves hit the terrace becomes a Facebook hit.

Neung enjoys grilled pork in a restaurant on the banks of Chao Phraya, Bangkok’s majestic flood-swollen river. A boat passes by, Neung climbs up on a stool to avoid the wave, then sits down again. He is happy, he got a seat in the “Chaopraya Antique Café”. Its owner offers food with a direct view of the brown flood.

Guests should leave their good shoes at home.

The guests of the restaurant, which is around 20 kilometers from the center of Bangkok, sit on wooden stools while cloudy, brown floods wash over their tables. This is due to the tropical storm Dianmu and the monsoon rains, which caused severe flooding in 33 Thai provinces. And more storms and floods threaten in the next few days.

Titiporn Jutimanon, the owner of the “Chaopraya Antique Café”, thought the floods would finally put an end to his small business, which had already been badly hit by the corona pandemic. He was about to close, but soon found that the guests didn’t mind being surrounded by water. In the meantime, his restaurant has become so popular that nothing works without pre-booking.

The success came with a video that Titiporn had distributed on Facebook: Customers eat on the flooded terrace and climb onto chairs or tables smiling as soon as passing boats make waves. The images of the quirky eatery spread quickly, and word of mouth attracted further interest, said Titiporn.

According to the Thai restaurant association, around 50,000 restaurants in Bangkok had to close permanently due to the corona crisis and the associated travel restrictions. Titiporn was spared this fate thanks to the floods. “I’m relieved,” he says. “If I had to close the restaurant again, it would definitely not survive.”