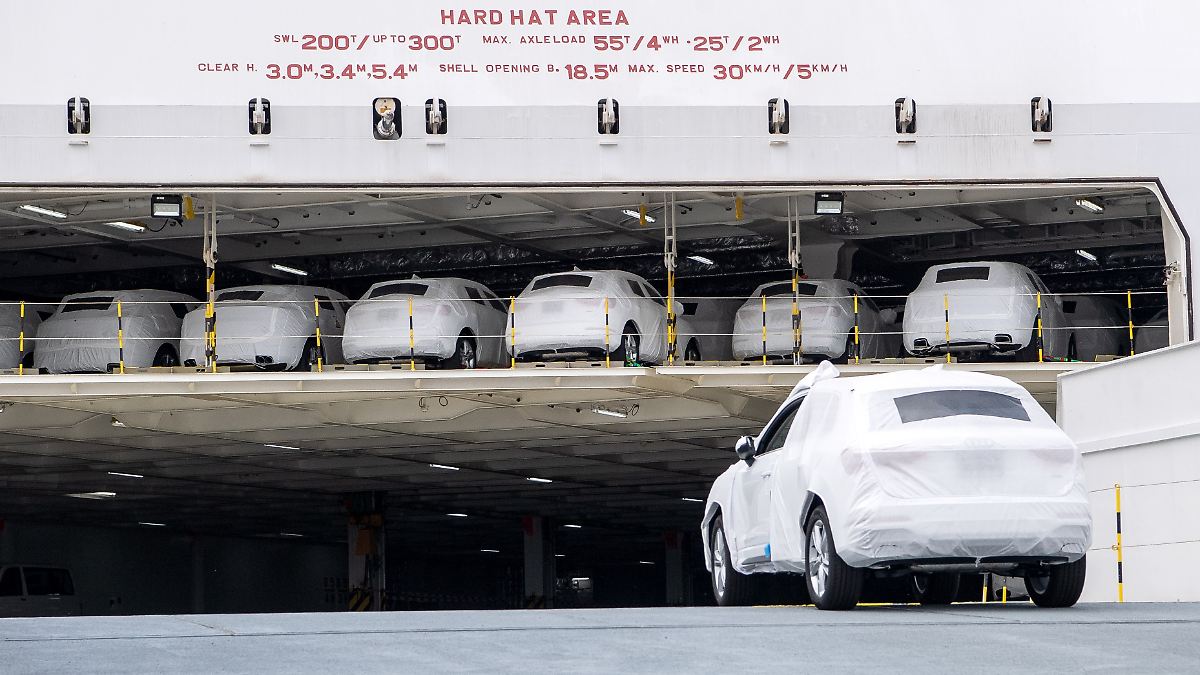 German industry will have to prepare for a difficult autumn. The companies are sitting on well-filled order books, but in some cases they lack the material. Exports are therefore falling for the first time in a year and a half. The auto industry and mechanical engineering are among those affected.

German exports lost momentum in August. According to the Federal Statistical Office, exports fell compared to the previous month, calendar and seasonally adjusted, by 1.2 percent – for the first time since April 2020. Companies are suffering from delivery bottlenecks and material shortages. According to the BDI industry association, the German economy will have to prepare for a difficult autumn.

“Problems in global supply chains, high logistics costs and unresolved trade disputes darken the economic sky and have a massive impact on exports as a result,” said Joachim Lang, General Manager of the Federation of German Industries (BDI). In total, goods worth 104.4 billion euros went abroad in August of the current year. Compared to August 2020, which was shaped by the Corona crisis, this was an increase of 14.4 percent.

Exports last fell in April 2020 compared to the previous month – at that time, exports fell by 23.6 percent in the midst of the first corona wave. After that they had risen steadily again.

Companies in Germany are sitting on well-filled order books, but in some cases cannot process them due to a lack of material. This affects mechanical engineering and car production, among others. At car companies, the production lines keep standing still. Traffic jams at ports and a lack of container capacity also hinder exports.

In the first eight months of the year, goods exports increased by 15.9 percent to 892.7 billion euros. Conversely, imports of 767.6 billion euros came to Germany during the period, an increase of 15.9 percent.