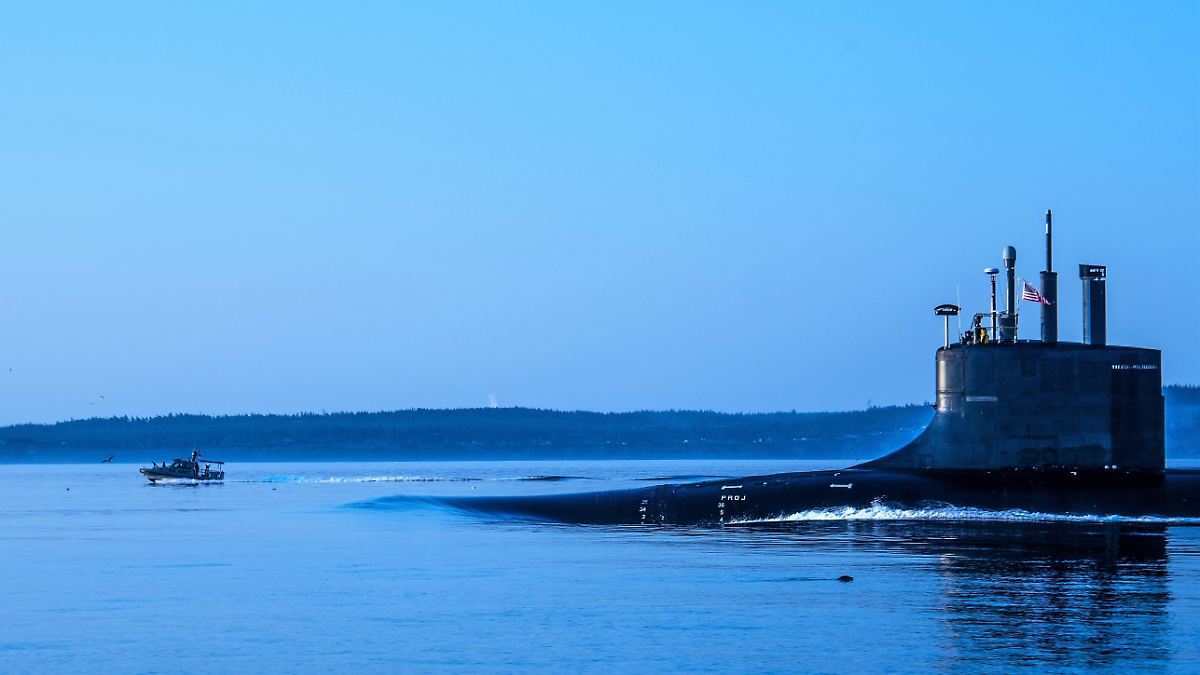 While traveling through international waters, a US Navy nuclear submarine collides with an unknown object. Around a dozen crew members are injured. The incident takes place in the South China Sea – where rival China wants to expand its supremacy.

A nuclear submarine of the US armed forces was damaged in the collision with an unknown object in the Indo-Pacific. As the US Navy announced on Thursday (local time), the accident of the “USS Connecticut” occurred on Saturday “in international waters in the Indo-Pacific region”. Nobody was seriously injured on board.

The incident and the exact extent of the damage are now being investigated, the “USS Connecticut” is in a “safe and stable condition”. The Navy news website Usni News reported that around a dozen crew members had suffered “moderate to minor injuries.” The nuclear submarine was therefore in the South China Sea.

According to the Navy, the submarine’s nuclear drive was not damaged. It is still “fully operational”. According to Usni News, the “USS Connecticut” set course for the US base on the island of Guam in the western Pacific. China wants to expand its supremacy in the South China Sea. The USA is therefore increasingly showing its presence there.