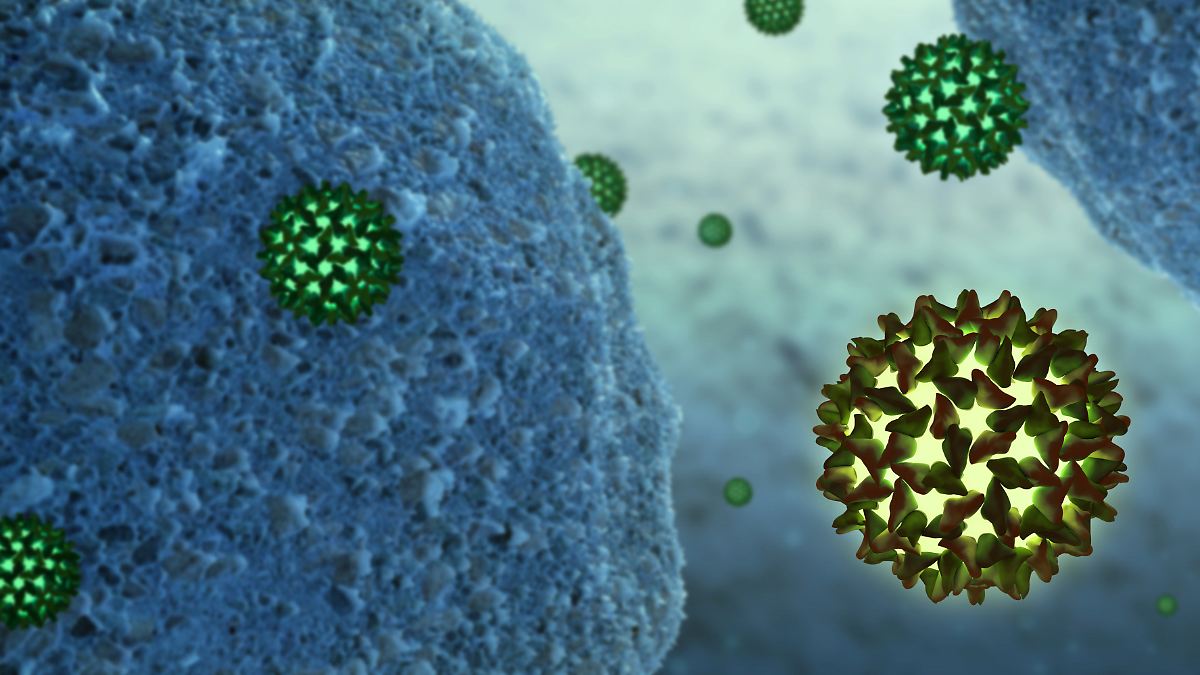 Some pathogens have been troubling mankind for thousands of years. This is also the case with hepatitis B. Researchers reconstruct the spread of the virus from more than 130 virus genomes. It is closely linked to human history.

Hepatitis B viruses have been with mankind for more than 10,000 years – probably even much longer. An international research team has isolated the virus from 137 individuals who lived 10,500 years ago to 400 years ago. From the variants found, the group around Arthur Kocher and Denise Kühnert from the Max Planck Institute for the History of Man in Jena reconstructed the spread of these pathogens. It’s very closely linked to human history, like the team in the journal “Science” reported.

Hepatitis, i.e. inflammation of the liver tissue, can develop in different ways. Often, hepatitis viruses are responsible, of which there are several types that are not related to each other. According to the researchers, around 257 million people worldwide were infected with the hepatitis B virus (HBV) in 2015. An infection with the virus, which is often chronic, is responsible for almost a million deaths each year. HBV is transmitted through body fluids, for example through sexual contact, from mother to child during birth or through contaminated needles when injecting drugs.

Since HBV, unlike many other pathogens, has no known reservoir in the environment, for example in the animal kingdom, the virus is directly linked to humans – and thus also to their history. How the pathogen has spread and changed over the course of millennia, the team has now investigated by isolating the virus from 137 skeletons that come from Eurasia and America.

Currently, researchers distinguish nine HBV genotypes, two of which (F and H) are mainly found in Native Americans. The genetic analysis strongly suggests that the forerunners of these two variants reached the continent with the first humans. “Our data suggest that all of the HBV genotypes known to us stem from a strain that infected the ancestors of the Native Americans and their closest Eurasian relatives at a time when these populations were diverging,” Kühnert is quoted in a statement from her institute. According to this, this pathogen circulated in the population at that time, an estimated roughly 15,000 to 20,000 years ago – and possibly much earlier.

According to the study, the virus was widespread in western Eurasia 10,000 years ago – before the introduction of agriculture and the associated higher population density. “It is assumed that most human pathogens did not develop until the beginning of agriculture. HBV, on the other hand, already infected hunters and gatherers,” says co-author Johannes Krause, director at the Max Planck Institute for Evolutionary Anthropology.

However, the variants common in Europe at that time were replaced by other types after the introduction of agriculture there 7000 to 8000 years ago. These apparently spread with the first farmers who came from the Middle East. In the early farmers, the researchers mainly found the so-called Wenba variant, which spread over western Eurasia within a few millennia. It prevailed in most of Eurasia for more than 4000 years – and then disappeared: the team no longer discovered the variant in skeletons that are younger than 3300 years.

In general, researchers in Western Eurasia found a decline in the genetic diversity of the HBV pathogen around 3000 years ago. The phase coincides with the collapse of the Bronze Age, which was accompanied by profound social and economic change. “This could indicate important changes in the epidemiological dynamics in this large region. However, we need further research to fully understand this,” said first author Kocher. The HBV variants that researchers isolated in Western Eurasia after this time belong to strains of the virus that are still found there today.