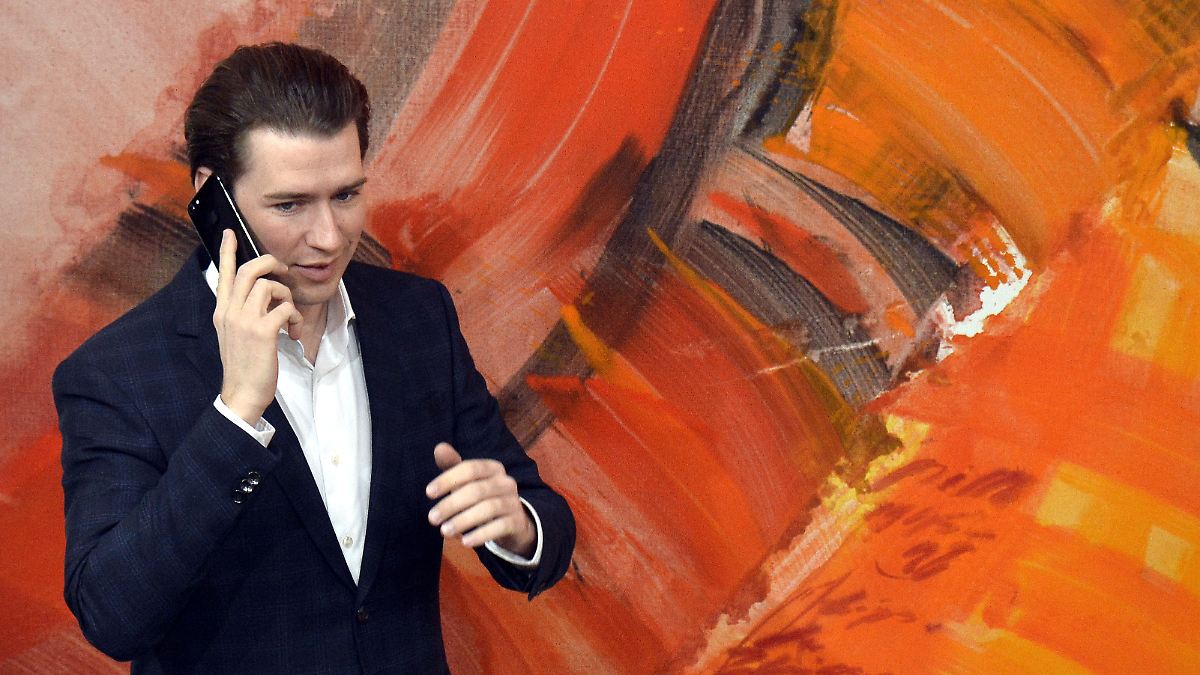 Austrian investigators evaluate chats between chancellor Kurz and third parties page by page. They come to the conclusion: Surveys were faked with taxpayers money to help the young politician Sebastian Kurz first to the top of the ÖVP and then to the Chancellery.

It reads like an episode of “House of Cards” – but it is not about a fictional US politician, but about the Austrian Chancellor Sebastian Kurz. Manipulation, bribery, infidelity – all of these are said to have been guilty of senior government employees in the von Kurz party. The aim was to bring Kurz and his party ÖVP to the head of the Austrian government. Long chats between party members and an Austrian tabloid magazine as well as various “bogus bills” suggest this, according to investigators from the Economic and Corruption Prosecutor’s Office (WKStA). The documents are available to ntv. Meanwhile, the coalition with the Greens is on the brink. Together with the opposition, the coalition partner is now exploring options.

Three groups of people involved in an affair

Did Sebastian Kurz really become Austrian Chancellor through bribery? WKStA investigators collect evidence of this suspicion. From 2016 onwards, Kurz and his team should have endeavored to achieve this ambitious goal. During a raid, investigators secure numerous laptops, cell phones and documents. In doing so, they will find conversations that are supposed to document the actions of Kurz’s team well and now serve as evidence.

The WKStA report suggests that three groups of people are involved in the affair:

Federal Chancellor Sebastian Kurz and confidants from his team are said to have done everything to draw a positive image of ÖVP and Kurz in the media and thus to outdo the then ÖVP boss Reinhold Mitterlehner in the race for the Chancellery. An opinion researcher, the surveys for the ÖVP The tabloid magazine “Austria”, which is said to have specifically printed articles on behalf of Kurz’s team in the form of benevolent reporting.

According to the WKStA, the pollster manipulated or specified the results afterwards in several cases. Kurz’s team dictated the results of a new survey about the performance of the parties in a chat message: “Green strong, Socis medium, bissl neos, VP next to nothing”.

Another message (after the publication of an apparently embellished survey) to Kurz confirms that the ÖVP should have “calculated the results nicely”: “When it comes to social issues, we get to the SPÖ. We have to be careful when calculating, otherwise it will be implausible”.

As an accomplice, the newspaper “Österreich” is said to have contributed to the manipulation: Kurz’s team was able to control public opinion through them. In some cases, the type of reporting was specifically planned in advance in chats.

A chat suggests that the newspaper almost always acted according to the wishes of Kurz’s team. However, when “agreed contents regarding various results of surveys” are apparently not published by the paper, it becomes clear that a previously discussed “agreement” must have been violated:

“That is really a cheek and not trust-building. We are really pissed off !!!! Mega pissed off,” writes Kurz ‘team of the newspaper. This gives in and tries to appease with a big positive article: “I understand completely – I will get back to you in 30 minutes – now I will do a full double-page spread about the survey on Wednesday. Okay?”

Did Kurz know about all of this?

The investigators see Kurz as “the central person”, since all acts were committed “tailor-made” in his interest. He had been informed of all the steps his team was taking. For example, Kurz received the following messages about the publication of individual survey results:

Or after a disastrous survey about Kurz’s competitor, which was published in the tabloid magazine “Austria”.

In short: “Thank you for Austria today”
Secretary General in the Ministry of Finance: “Always at your service.”

According to the investigators, the propaganda project was financed with money from the Ministry of Finance.