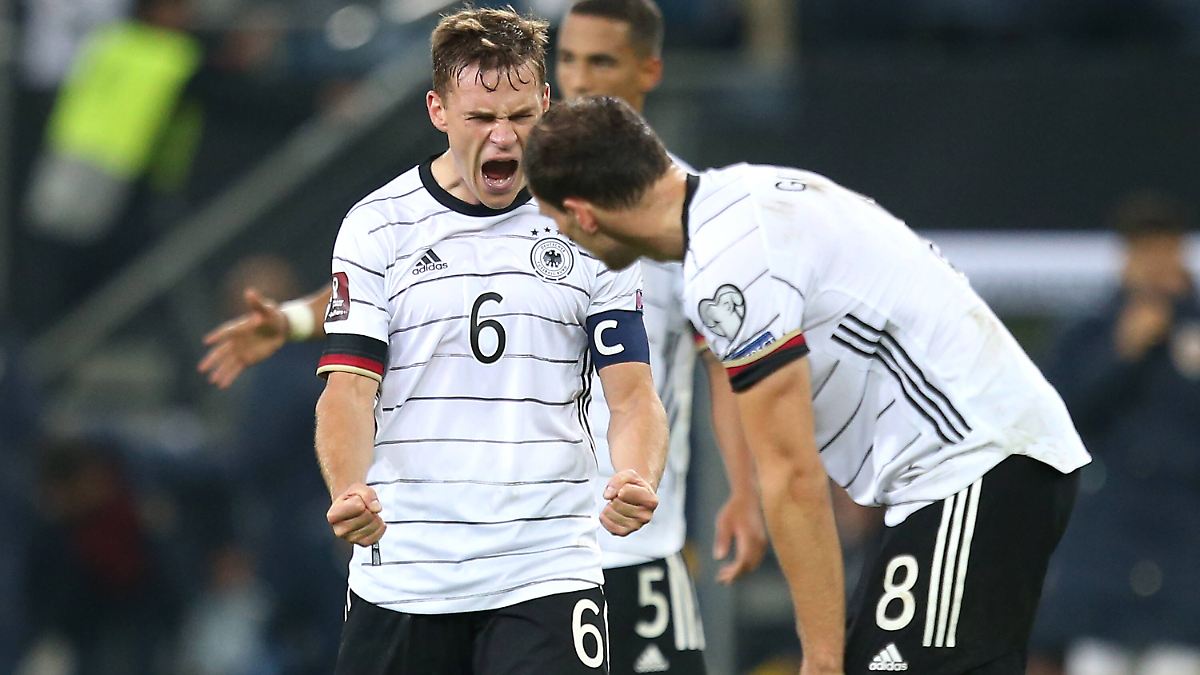 The German national soccer team continues its series of successes under national coach Flick. The game against Romania is by no means as thrilling and dominant, but the team takes pleasure in the basic virtues of football. That is rewarded.

What would have happened if the national coach had still been called Joachim Löw after this soccer game? Well, pretty exciting question. The German mood barometer would probably have dropped a few more points. Such a tedious 2: 1 (0: 1) win against Romania in the World Cup qualification, which is ultimately not good for euphoria. And anyway it was the case that euphoria and Löw didn’t want to go together (anymore). Over the long and suffering years these had become magnetic poles that repelled each other. Löw is gone now, but Hansi Flick is in office. And the euphoria feels again great desire to offer himself to the national team.

Now, on Friday evening in Hamburg, nobody was really ready to take the euphoria in their arms. But the players in the DFB team were really happy. Not only about the next three points on the way to the World Cup in Qatar next year, but also with the performance. That felt “really cool”, said Joshua Kimmich. This time he was allowed to feel a little what it feels like to be a captain. This role is predicted for the post-Manuel Neuer era. The trunk tie-back had to fit this time. His adductors had perked up during training. Marc-André ter Stegen played for him. For him, Kimmich led.

Well, what exactly did you feel like “really cool”? After all, you were a long way away from the little magical moments from the first games of the new era. Well, it was the rather disgraceful virtues that the DFB stars could get excited about: intensity, passion, faith and risk. Sometimes it just has to be that way. Fighting can also be very nice and inspire enthusiasm. This realization is arguably the most remarkable turning point in the Löw legacy. Although there is of course a major difference: Under Löw, the engagement in the field looked lately rather sluggish and clumsy, under Flick, on the other hand, it was light-footed and like fun.

Flick struggles with the premiere

And this fun is fed by greed. The greed for victories and to want to do everything better than in previous years. Not only does the DFB director want to return to the closest circle of the world’s elite as quickly as possible, the players and the coach also seem willing to accelerate this path on the left lane of the football highway. That is why games like those against Romania are not accepted as a step backwards, but interpreted as a welcome development. And there are good arguments for that. Of course, you are very welcome to practice fighting spirit, morals and the willingness to defend yourself. Especially with a view to major tasks ahead. Flick was correspondingly satisfied. Although he struggled with his first goal as a national coach, he liked how “the team fought, never gave up and played with confidence.” “

As hard as the team worked, as much pressure they built up and as much as they were rewarded for it, the problems that still existed became apparent again. And one thing stands out in particular: the search for an optimal cast in the storm center. There is no such thing as an outstanding man like Robert Lewandowski, Erling Haaland, Karim Benzema or Romelu Lukaku. All that Flick is trying to do right now is the best form of compromise. And his name is not Timo Werner. Once again the fast attacker was in the starting line-up and once again he didn’t find his luck. In his desperation, he even allowed himself to be carried away early on to an unnecessary action and tried to provoke a penalty kick. According to the video images, this was denied to him. And that was a good decision. Such scenes should not be rewarded.

But it was not only because of this action that the Londoner’s evening was quite frustrating. The striker just doesn’t seem integrated into the game. Depending on the interpretation, he despairs of his colleagues’ feeds and brings his colleagues to despair with the way he walks. Coach Flick faces the 25-year-olds, but also makes it clear that it shouldn’t go on like this. “He is quite capable of opening the rooms again and again in tight spaces, and he is someone who can make ricochets in. He has a nose for that.” However, he “did not always have the exact positioning that he needed.” Too often Werner acted in line with the outside players Serge Gnabry and Leroy Sané and “too close to the goal instead of starting, he can do that better and we expect that from him too. We have to train the processes again”.

A little too much risk?

What also still needs a follow-up: the remaining field defense. Another modern word that can happily disappear again. What is meant: the protection against counterattack. Because in their passionate endeavor to turn the deficit caused by Ianis Hagi (8th), where Antonio Rüdiger and Thilo Kehrer did not look at all well, the DFB team sometimes left huge gaps. Romania came up with chances, but rarely played them off cleverly and dangerously. Something like that can end badly against a team from among the top nations. Kimmich thought so too, but he also found that the team had deliberately taken this risk in order to quickly transfer their superiority into equalization. He only came after the break, through Serge Gnabry (52nd) and was crowned late by substitute Thomas Müller.

The man, who was surprisingly only Joker, was in a really good mood: “If you go into the break with 0: 1, it’s not a satisfactory feeling, but we had the feeling that we deserved more. It was all the nicer that we rewarded ourselves with a 2: 1. You also have to pay a compliment to the fans: Although we were 1-0 down, the performance was rewarded, and when the 2-1 fell, it was a small explosion . You could feel the connection, we really enjoyed it on the field. ” Would that have been the case if the national coach had still been called Joachim Löw after this soccer game? Well, actually quite an exciting question.