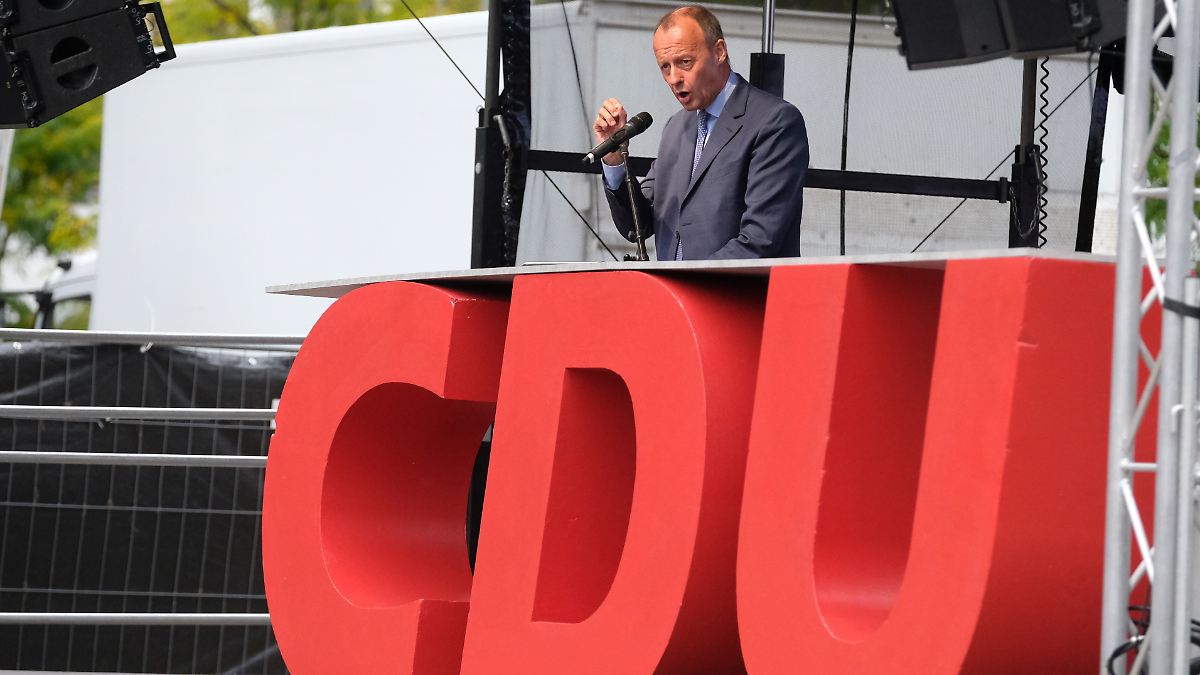 There is growing uncertainty in the CDU after party leader Laschet’s announcement of his withdrawal. So an idea is circulating to provide the successor as trustee with an expiration date. In addition to the incumbent chairman, two other names are brought into play.

A new proposal for a trustee and temporary replacement of the CDU top is causing discussions in the party: The Schleswig-Holstein education minister Karin Prien told the “Frankfurter Allgemeine Sonntagszeitung” that she would like a “trustee” without her own at the top of the CDU Ambitions for the Chancellery, which will make the party “fit” again.

Vice-parliamentary group leader Gitta Connemann campaigned for a person who did not put “own ambitions” first: the CDU needed “someone who was ready to serve the party,” that is, nobody who “just wanted another office,” she said Newspaper. Prien stands for the liberal tendency of the CDU, Connemann is counted among the conservatives.

According to the newspaper, three names are given for the role of “trustee”. The first is the incumbent Chairman Laschet. The second is the parliamentary group leader in the Bundestag Ralph Brinkhaus. The third is Friedrich Merz. The latter is brought into play by conservative forces in the parliamentary group, for example by MP Klaus-Peter Willsch. Willsch told the newspaper that the next chairman should be “someone who does not primarily want to become chancellor”. It is about a “solution for a few years” to work out the “brand essence” of the Union. He adds that Merz is particularly suitable for this.

Gaining time for a generation change

The proponents of the trustee concept argue, according to “FAS”, that the party gains time to initiate a real generation change at the top. After CDU successes in the upcoming state elections in Saarland, North Rhine-Westphalia, Schleswig-Holstein and Lower Saxony, new faces could then be presented – for example the local leaders Tobias Hans, Daniel Günther or Hendrik Wüst.

The Saxon Prime Minister Michael Kretschmer, however, considers the idea of ​​a trustee to be wrong. He told the newspaper that the CDU now needs “leadership for many years and not just for a transitional period”. Anything else would be a “sign of weakness”. That is why everyone who wants to become chairman must “now put together a team that brings everyone together”.

The CDU boss Armin Laschet, who was hapless as a candidate for chancellor, announced on Thursday that he wanted to pave the way for a new start in terms of personnel. On Monday he wants to present proposals to the party committees – for example for a special party conference.