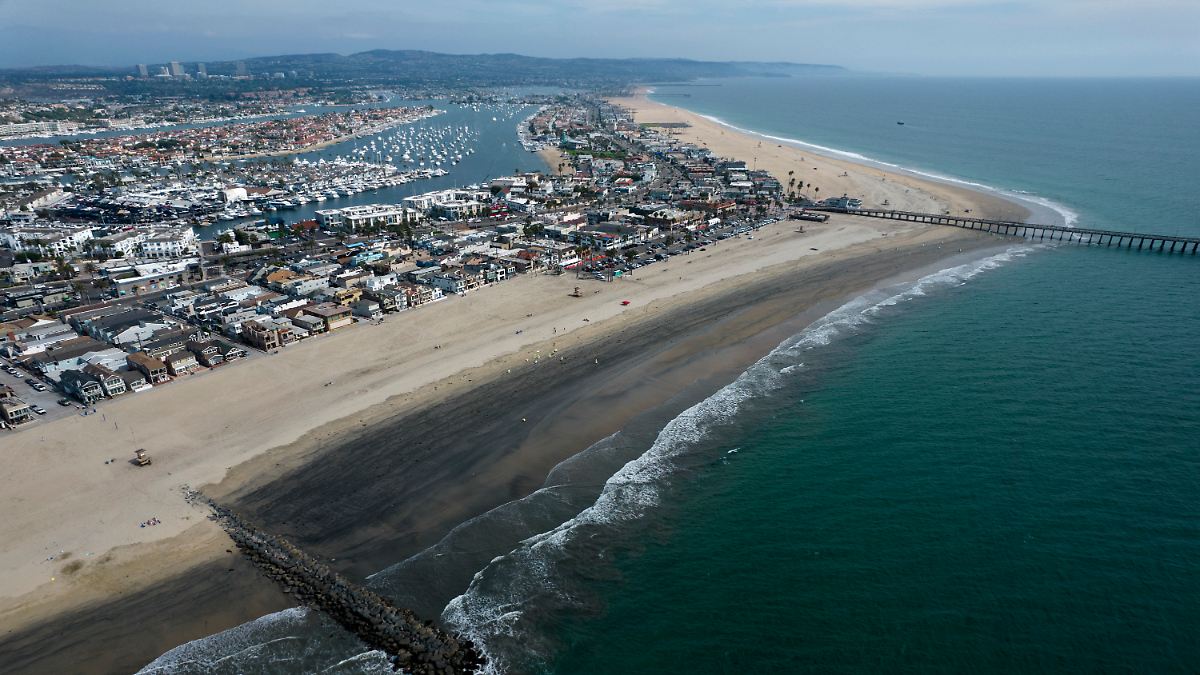 Hundreds of thousands of liters of oil contaminate a stretch of coast off California. The crack in the pipeline responsible for this may have been around for a year. There are several theories about the causes.

A ruptured oil pipeline off the coast of California has probably been damaged longer than previously known. As the US Coast Guard explained, the crack in the line could have occurred “several months to a year ago”. Since then, hundreds of thousands of liters of oil have escaped into the ocean off the coast of Huntington Beach south of Los Angeles. The damage could therefore have been caused by ship anchors.

The US authorities discovered the oil spill earlier this month when fish and birds stuck with oil were washed up. Since then, hundreds of people have been working to clean up the oil spill. A total of 24 kilometers of the coastline between Huntington Beach and Laguna Beach, known for surfers and dolphins, had to be closed. Meanwhile, the search for the cause and the culprit continues.

An investigation found that the oil pipeline was dragged along the seabed for a long time, up to 30 meters at the point of greatest deformation. According to the coast guard, photographs of the damaged pipeline also showed “marine growth” around the approximately 30 centimeter wide gap in the pipeline. This gave investigators an indication of how long the line had been damaged.

According to Captain Jason Neubauer of the US Coast Guard, several ships could have dragged along the line. The crack could then have widened over time. However, no damage was discovered during a routine inspection in October last year. “We will therefore examine every ship movement over this pipeline and its surroundings in the past year,” said Neubauer.

The nearby container ports of Los Angeles and Long Beach are some of the busiest ports in the world. Because of a traffic jam triggered by the pandemic, dozens of large ships had to be at anchor at the same time while they waited for a free berth in one of the ports. The investigators now want to use satellite images and radio messages to check whether anchors have been thrown in the wrong place.