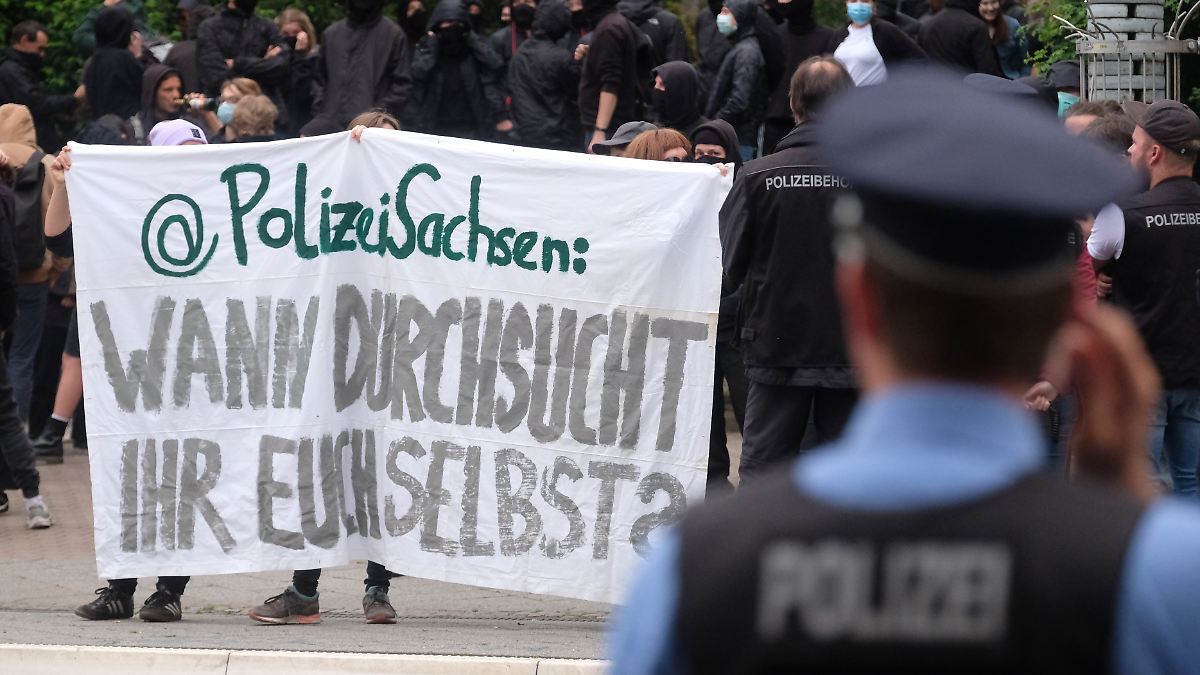 Quite a few Germans assume that some police officers are right-wing, a current case in Saxony feeds this criticism. An investigator in the left-wing extremist scene is said to have supplied the right-wing magazine “Compact” with internals that were published there. Possible reason: private revenge.

An investigator from the “Soko LinX” of the Saxon State Criminal Police Office, which specializes in left-wing extremist crimes, could possibly have pierced internal investigations into the right-wing “Compact” magazine. This emerges from a large number of documents that are available to the “Spiegel”.

The “Compact” magazine, classified as a suspected right-wing extremist case by the Office for the Protection of the Constitution, had published intimate and reputational details from the private life of a clerk at the Leipzig Office for Building Regulations and Monument Preservation in several articles. Some of this information apparently came from a cell phone belonging to the city employee, which was found during a house search. The magazine boasts of “exclusive information” and knows details from an employee’s medical history and content from investigation files.

In the case, there is now not only the suspicion that details from ongoing LKA investigations into alleged right-wing extremist circles may have been pierced. Rather, there are also indications that the LKA investigator of the “Soko LinX” wanted to take revenge on the building authority employee for personal reasons: Perhaps he wanted to prevent planned terraced houses in his neighborhood for which the municipal employee had issued a building permit, or at least the responsible person Defame clerks. Local residents named the LKA employee, according to “Spiegel”, as the driving force behind the resistance to the planned construction project. The police officer had investigated the clerk years ago and evaluated a number of tapped phone calls, but the procedure turned out to be a failure and was discontinued.

On the one hand, the Chemnitz public prosecutor’s office is investigating a suspected violation of official secrets against unknown persons. In addition, among other things, investigations are being carried out against the police officer – it is about the disclosure of official secrets “in connection with the sending of files from a confiscated mobile phone”.

Neither “Compact” nor the police officer made a statement at the request of the “Spiegel”, the LKA apparently sees the matter left: A review has so far not revealed any evidence that the information in question had been passed on by the police without authorization, it said. “The mentioned employee enjoys our complete confidence and is fully supported in the performance of his tasks.”

“Soko LinX” has been controversial for a long time

The “Soko LinX” is a political issue in Saxony. Although there is an active left-wing extremist scene in Leipzig in particular, the Soko was primarily noticeable due to its unsuccessfulness, for example when arrest warrants against two men who investigated left-wing extremist arsonists were overturned almost a year ago, reports the “Spiegel”. Above all, politicians from the Greens and leftists on the ground criticize Saxony should concentrate more on fighting right-wing extremism. If it now came out that an LKA official investigating left-wing extremists had given the right-wing magazine “Compact” official information, this could lead to a renewed fundamental discussion about the sense and nonsense of this unit.