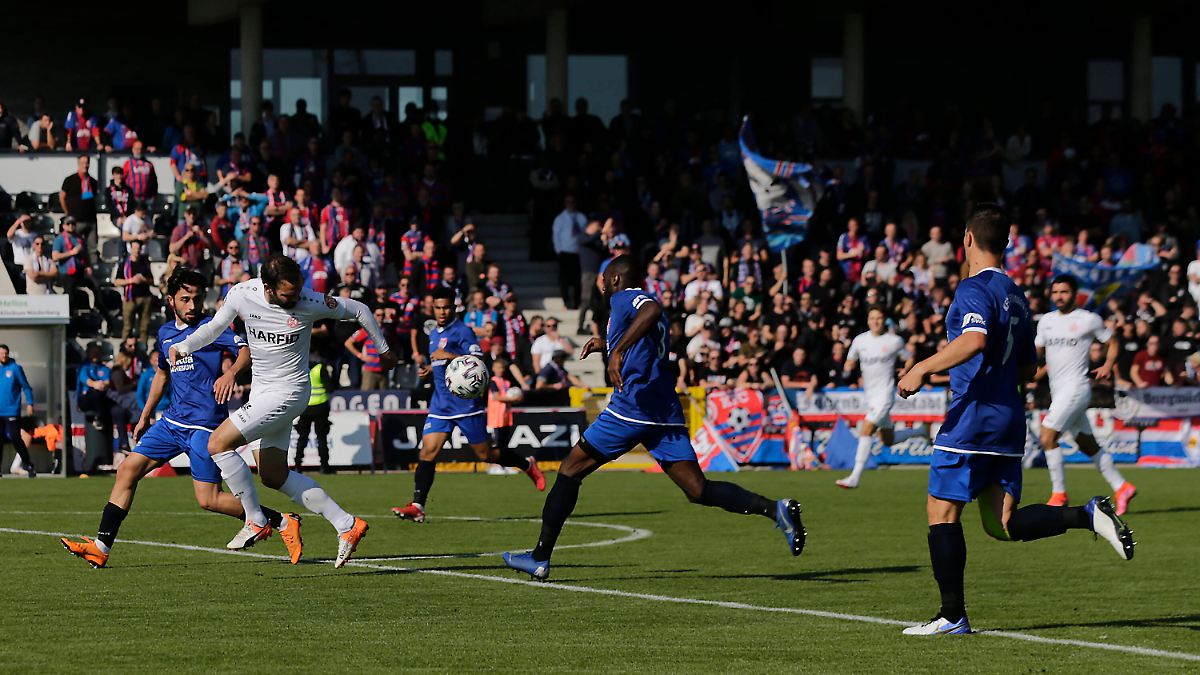 The former Bundesliga club KFC Uerdingen has suffered a historic bankruptcy in the Regionalliga West. After the forced relegation from the third division, the fall of the 1985 DFB Cup winners continued unchecked. In the home game against Rot-Weiss Essen, they conceded a 0: 11 bankruptcy.

Eight goals in one half, numerous new records. The regional league game between KFC Uerdingen and Rot-Weiss Essen became a case for the history books. In the end, the home side only had the desire to keep the result in the single digits. They didn’t even want to succeed.

“I am very proud of our team. We played good football and had an outstanding position on the field. You could tell that the boys wanted to score goals for over 90 minutes,” said Essen coach Christian Neidhardt the historic victory that catapulted the Ruhrpott cult club back to the top of the table in the Regionalliga West.

Never before has a team in the Regionalliga West achieved a higher victory in their current form, i.e. since the 2012/2013 season. Only once could a club from another season achieve a higher victory in the five-track regional league. In June 2016, the second representation of Bundesliga club FC Augsburg defeated SV Seligenporten 12-0. In Uerdingen’s long club history, it had never suffered a similar high defeat. The biggest home defeat in history so far was a 7-0 win against Sportfreunde Lotte in the 2013/2014 season.

Seven Essen players signed the list of goalscorers. The 30-year-old Oğuzhan Kefkir and Simon Engelmann, who has long been celebrated abroad as the Regionalliga-Vardy, scored three goals each. Engelmann has 216 goals in 408 games in his career. Until the break, the Uerdingen, who had to replace goalkeeper Jovan Jovic early due to injury, held a 0: 3, then all dams broke. Jovic representative Jonas Bredendieck conceded nine goals on his regional league debut. After an emergency brake, Uerdingens Erdinc Karakas saw the red card to top it off.

Before the game, coach Dmitry Voronov was optimistic despite serious injury concerns. “We are a team that is not afraid of any opponent – not even Rot-Weiss Essen. We will try to win this game too,” the coach said, pointing out the special nature of the game: “We know that the Essen game is a derby and also very special for our fans. We’ll do everything we can to celebrate something countable with our supporters after the derby. “

But the 1750 spectators in the alternative stadium in Velbert, where the KFC plays its home games, had little to celebrate after the game if they kept up with the Uerdingen. A good 700 people from Essen had made their way to nearby Velbert. They celebrated their team.

The long way down

In the previous season, Uerdingen had still sportily secured relegation in the third division on the last day of the game, but ultimately did not receive a license for the single-track league from the German Football Association (DFB).

The golden times in Uerdingen are long gone. The 1985 DFB Cup victory against FC Bayern Munich or the historic 7: 3 in the European Cup against Dynamo Dresden were decades ago. After the departure of Bayer AG and the name change from Bayer Uerdingen to KFC Uerdingen in 1995, they played one last Bundesliga season, after relegation and three more years in the second division, the club was pushed back into the lower class.

The megalomaniac investor Mikhail Ponomarew managed to return to the third division in the 2018/2019 season, but numerous changes in sporting management and questionable payment practices led to an application for bankruptcy proceedings in August.

The West German Football Association occupied the club in September with a deduction of nine points for the current season, which are not yet included in the current table, as Uerdingen has announced that it will appeal the decision. According to the current story, the Krefeld team still have six points after eleven match days. Most recently they celebrated their first win of the season against Sportfreunde Lotte.