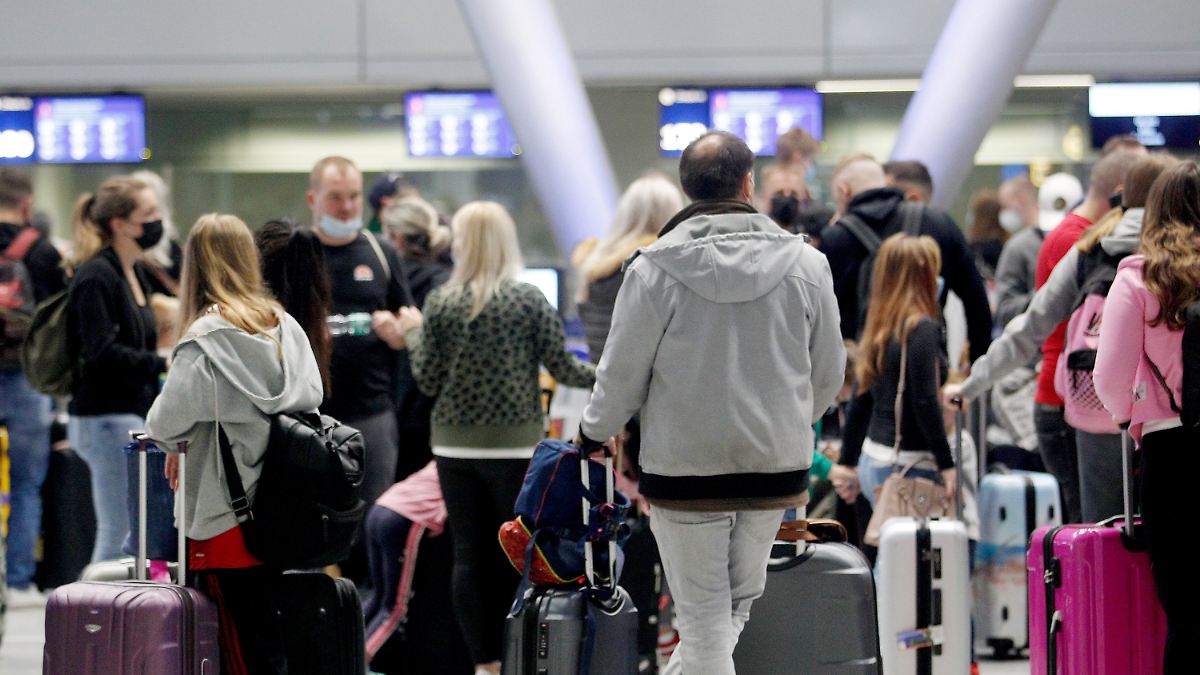 At the beginning of the autumn holidays in North Rhine-Westphalia and other federal states there are occasionally queues at airports. There are reports of a large number of visitors from Frankfurt Airport. According to a media report, passengers also have to be patient at the capital city airport BER.

Frankfurt Airport recorded a large number of passengers at the start of the autumn holidays. A spokesman for the airport operator Fraport said the terminals were well filled and there could be occasional waiting times. However, operations are regulated.

After around 120,000 passengers on Friday, the airport was expecting around 130,000 travelers each for Saturday and Sunday. Because of the many special corona regulations, Fraport recommended careful travel preparation and “keep all necessary documents to hand at all times”. Before the corona pandemic, around 220,000 flight passengers were counted in Frankfurt every day during the autumn holidays. In Hesse and also in the two neighboring federal states of North Rhine-Westphalia and Rhineland-Palatinate, the two-week autumn vacation began on Friday.

There were long queues at check-in counters at the beginning of the autumn holidays in Berlin and Brandenburg, including at the capital city airport BER, reported the “Bild” newspaper. Lines of passengers would run through the entire terminal of the new major airport. At the security checkpoints, passengers would have to wait up to half an hour again.

There were also queues at check-in at Hamburg Airport from time to time. According to a spokeswoman for the airport, the number of air travelers during the autumn holidays sometimes accumulates in the early morning and on the weekend. However, this quickly dissolves again afterwards. With passenger numbers of around 30,000 people per day, the airport experiences the strongest rush since the beginning of the pandemic on the autumn holiday weekends.

According to the spokeswoman, the airport had already expected this and indicated it on its website, among other things. Many travelers would have used the evening check-in. The airport and the federal police try to prevent queues by opening the check-in and security gates very early.

In the meantime, no extraordinary delays at airports are reported from NRW itself. Occasionally there is a few minutes waiting time at the security controls, but overall it is a normal holiday operation, said a spokesman for Cologne / Bonn Airport. “We got through the first two days well.” Most recently, the two largest NRW airports Düsseldorf and Cologne / Bonn had warned of possible delays during the holidays due to the special regulations in the corona pandemic.