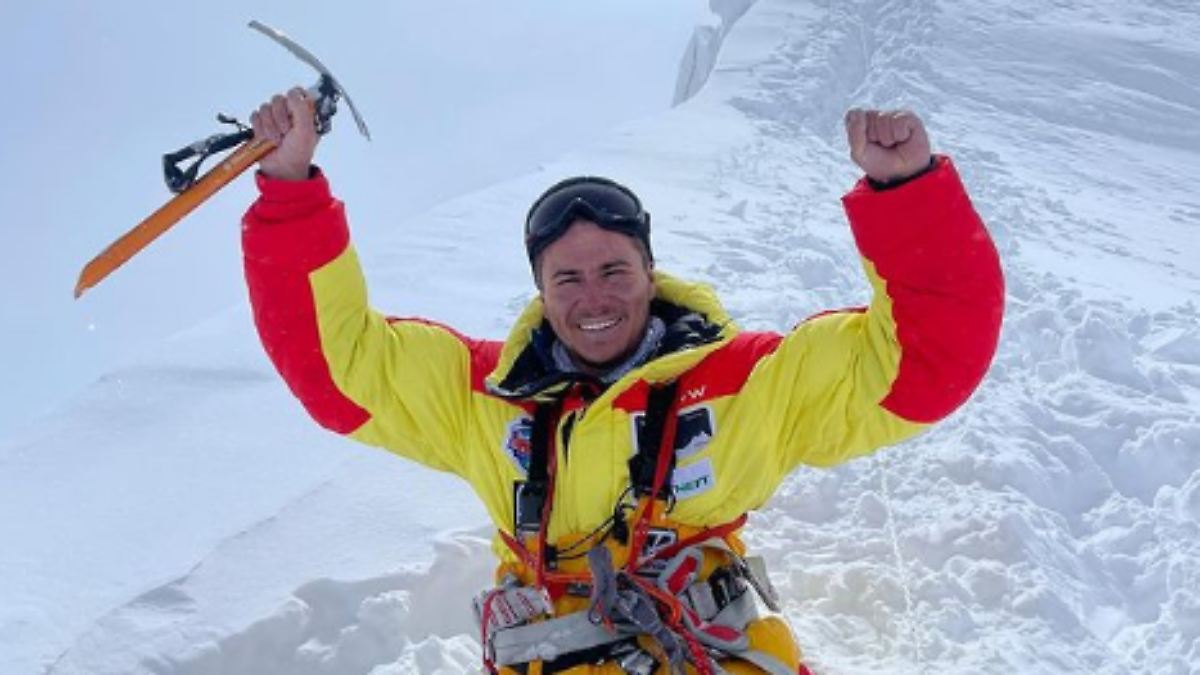 When he loses his legs in an accident, mountaineering is probably the last thing Rustam Nabijew thinks about: Six years later he climbed the top of the eighth highest mountain on earth in the Himalayas – and almost without help. The officials on site are also enthusiastic.

The leg amputee adventurer Rustam Nabijew has managed to climb the eighth highest mountain in the world in the Himalayas. This was confirmed by the company that organized his expedition and an employee of the Nepalese authority, which issues certificates for successful ascents.

“I have never seen someone with such a severe disability climb such a mountain,” said Jay Ram Upreti, a public official. “His performance is simply exceptional.” It is difficult for a physically fit person to climb the mountain.

On October 2, Nabiev stood on top of the 8,163-meter-high Mount Manaslu. According to his mountain guide Mingma G, Nabiev was a former soldier and had lost his legs in the collapse of a barrack in Siberia six years ago. “I opened a new page in the history of modern mountaineering,” wrote Nabiev on Instagram.

He is the first person in the world to have climbed an eight-thousander with just his hands. Mountain guide Mingma G confirmed that he only used his hands and only needed help with a few difficult parts. Neither the mountain guide nor the officials could confirm whether he was the first to do this.