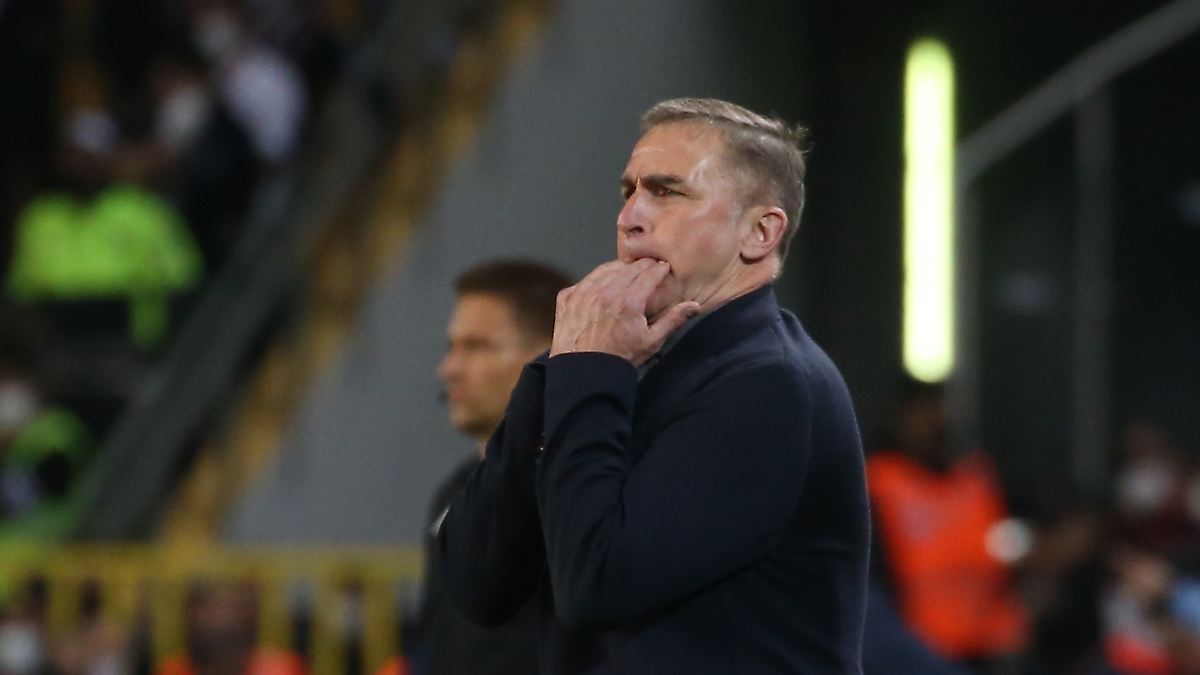 On his debut as Turkish national coach, Stefan Kuntz missed a win against Norway. Suddenly he has to find out what he has gotten into. Football-mad Turkey expected more from him. But the success coach remains confident.

Disappointed, satisfied and impressed: the night after his debut as national coach for Turkey, Stefan Kuntz had a wide range of emotions to process. The 1: 1 (1: 1) on late Friday evening in Istanbul against a Norwegian who was strong even without star striker Erling Haaland was too little for the hosts. Qualification for the 2022 World Cup in Qatar has moved into the distance for the Turks. The third place in the 2002 World Cup can no longer compete on his own. “We’re a little bit disappointed,” admitted Kuntz.

In Group G, the Netherlands lead with 16 points, followed by Norway (14) and Turkey (12). Only the first in the group qualifies directly, the second plays in playoffs for participation in the World Cup. With a home win, the Turks would have displaced the Scandinavians in third place.

The Turkish media reacted accordingly to Kuntz’s debut with disappointment. “The German vaccine didn’t work,” Fanatik wrote. Hürriyet said: “We missed a great opportunity.” All dreams of the World Cup have already “burst” for Aksam Spor.

“We would have liked to give our Turkish fans and everyone else a win to let this plant of hope grow a little faster. It’s a little small now,” said the former German U21 national coach. Now you have to win all the following games, emphasized Kuntz, so that you will be ready when the door to qualification opens again. On Monday in Riga, his selection against Latvia faces the next challenge, because the Balts fought bravely on Friday in a 0: 1 against the big favorites Netherlands.

Kuntz signed his contract as Turkey coach just three weeks ago. The expectations of the successful coach, who led the German U21s to the European Championship twice, were and are huge. But the 58-year-old looked relaxed despite the pressure. Even when a Turkish journalist asked how much responsibility he saw the coach for the situation. Kuntz replied calmly that he had done his job as well as he could in the short time.

His players should make better use of scoring opportunities. The team also lacks conviction and self-confidence, explained Kuntz. But he was still satisfied with their performance because the team “gave everything from my point of view”. That is exactly what he asked the team to do with all their hearts.

Looking for the Turkish style

The fans were there with all their heart and soul. They tirelessly cheered on their team in the Fenerbahce Istanbul stadium with chants and drums. Kuntz was impressed by this. That was “very exciting”. Although the stadium was only half full due to the corona protective measures, you had the feeling of playing in front of full stands. “That’s what a coach wants.”

Turkey started highly motivated in Istanbul. This was rewarded with an early lead: After a mistake by Andreas Hanche-Olsen, Cengiz Ünder reacted quickly and served Kerem Aktürkoglu, who only had to insert (6th). Then the hosts gave the game more and more out of hand. On the other hand, the Norwegians Kristian Thorstvedt (41st) equalized according to a standard.

His team started well, but then lost control of the game, Kuntz analyzed. Norway occupied the rooms well and presented the Turkish team with difficulties. A columnist for the daily “Hürriyet” said: “In the first 15 minutes, with the support of the audience, there was enthusiasm and pressure to move forward, but what did we do afterwards in the name of football? Nothing.”

But Kuntz could not be deprived of his confidence after the roller coaster of emotions. He feared it might take a while before the team found their way, said Kuntz and promised: “We will find our own Turkish style.”