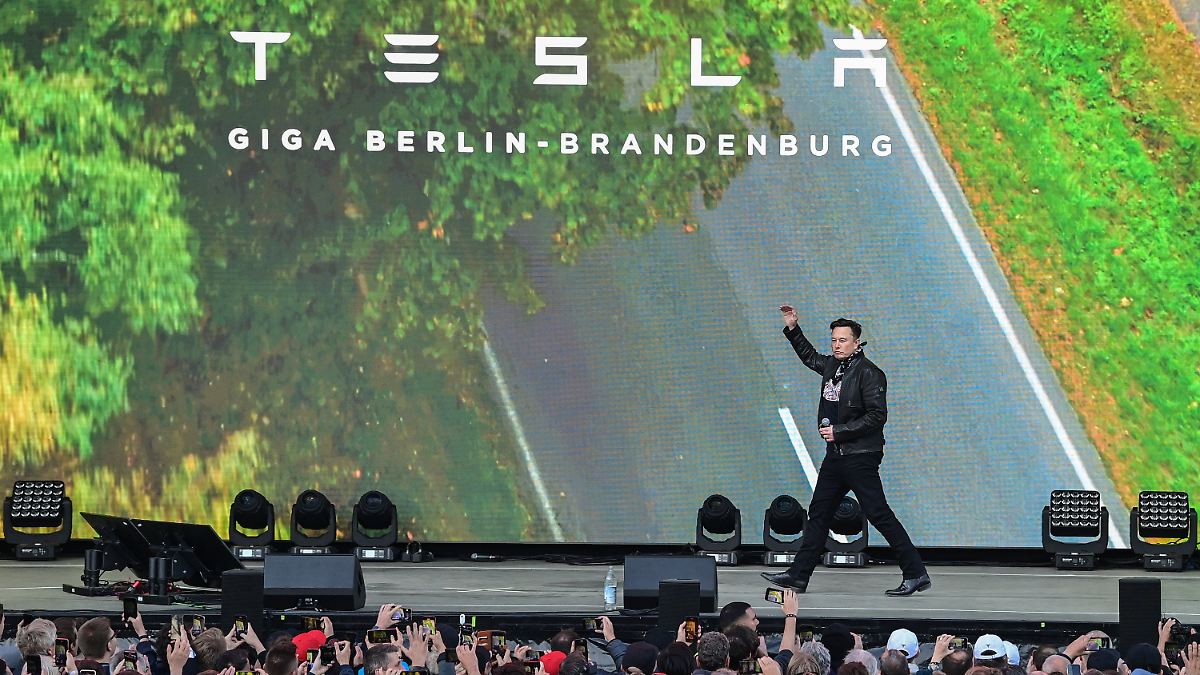 The US company Tesla’s car factory in Brandenburg is apparently nearing completion. Production should start no later than December, announces CEO Musk at an open day. He also brings the production of another model into play.

Tesla boss Elon Musk wants to produce the first electric cars for Europe in Germany by December at the latest. The company boss announced this at an open day at his first European plant in Grünheide near Berlin. After that, it will take until the end of next year for production to ramp up. By then, a battery factory that is still under construction should be in operation next to the car factory, Musk said.

Musk announced the so-called Giga Factory at the end of 2019 and built it in less than two years. In the future, around 12,000 employees will build up to 500,000 electric cars a year there. According to the company, as many parts as possible should be produced on site in order to become independent of suppliers. At the open house, Musk also brought the production of so-called cybertrucks into play, which have not yet been on the market.

So far, however, Musk has only had early approvals for the construction of the factory. The last environmental approval for the entire project is still pending, and several hundred objections are still being discussed. Critics complain that the industrial building is partly being built in a water protection area. Both opponents and supporters of the project, however, expect that the approval will be granted in the next few weeks.

The Tesla boss defended his project against concerns that the production was diverting too much water from the region. “Our factory uses very little water,” he said. Tesla’s mission is the fastest possible transition to renewable energies and climate protection. At the same time, he recruited qualified employees from all over Europe. “I’m a little worried that we won’t be able to hire enough people,” said Musk.

Test drive on the factory premises

The authorities had allowed up to 9,000 people to attend the open house called “County Fair” at the same time. In front of the car factory hundreds of people cavorted on a kind of fairground with a Ferris wheel and sausage stalls when the weather was perfect. Visitors with pre-ordered tickets were able to visit the plant and also test drive in the Tesla Model Y, which is to be produced in Grünheide. In the factory, robots are already running in test operation on production lines.

Above all, Tesla emphasizes the importance of its own die-casting facility and state-of-the-art paint shop. Police reported slow traffic on access roads, but no major problems. Tesla had asked visitors to come by train.

The car factory on the outskirts of Berlin is one of the most important industrial projects in East Germany. Musk originally estimated the construction costs at 1.1 billion euros, but said in the meantime that the budget would be exceeded. For the battery factory, Tesla has the prospect of public funding, which, according to media reports, could also amount to 1.1 billion euros. Overall, according to company information, a “mid-single-digit billion sum” is to be invested. Speculations about four to five billion euros are not wrong, it said. There was no more detailed information. Up to 3500 people are said to have been employed on the construction site at the peak. In addition, employees are already being hired for production, it said.