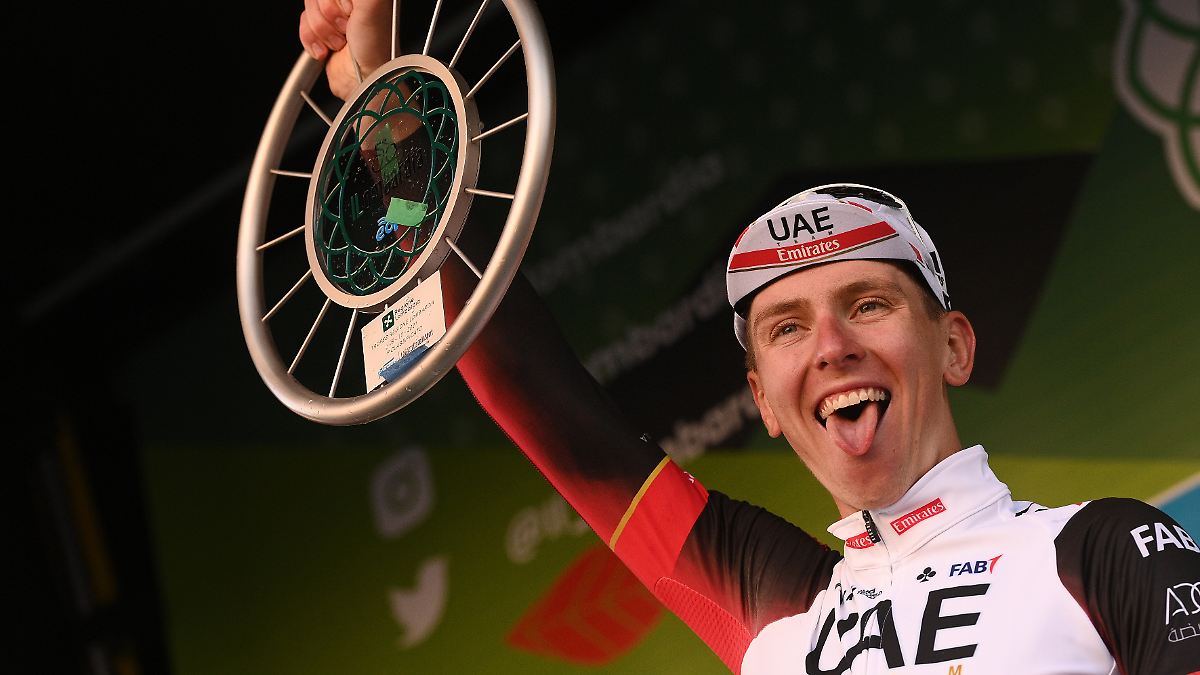 The Slovenian Tadej Pogacar succeeds in history. As the first professional cyclist since Bernard Hinault in 1979, he achieved successes in the same year in the Tour of France and the Tour of Lombardy, and that when he took part in Il Lombardia for the first time.

Tadej Pogacar won his second big classic this year. The 23-year-old Slovene won the 115th Tour of Lombardy, making him the first professional cyclist since Bernard Hinault in 1979, who won the Tour de France and the Italian Monument in the same year. After 239 kilometers from Como to Bergamo, Pogacar prevailed against the Italian Fausto Masnada in the sprint race of the falling leaves. In the sprint of the chasing group, Brit Adam Yates was third, 51 seconds behind.

“It’s crazy. To get such a win at the end of a season like this,” said Pogacar. “I knew that Masnada knew the streets here pretty well and would catch up with me. He didn’t work with me then, but luckily we had enough lead.”

After the race over 200 kilometers offered little excitement, Pogacar launched the decisive attack at Passo di Ganda a good 35 kilometers from the finish. A group of nine with world champion Julian Alaphilippe, Alejandro Valverde, Vuelta winner Primoz Roglic and Yates gathered behind the tour winner. Since the top drivers disagreed on the hunt for Pogacar, outsider Masnada attacked on the descent and caught up with Pogacar. In the sprint, however, the Slovenian was unbeatable and won at Il Lombardia on his first participation. Pogacar had previously won Liège-Bastogne-Liège that year, his first great classic.

German drivers played no role in the hunt through the north of Italy over seven climbs. Maximilian Schachmann, who was seventh last year, was not nominated by his Bora-hansgrohe team. The German champions are still suffering from the consequences of a fall at Paris-Roubaix last week. The Lombardy tour should actually be the highlight of the autumn races for Schachmann.