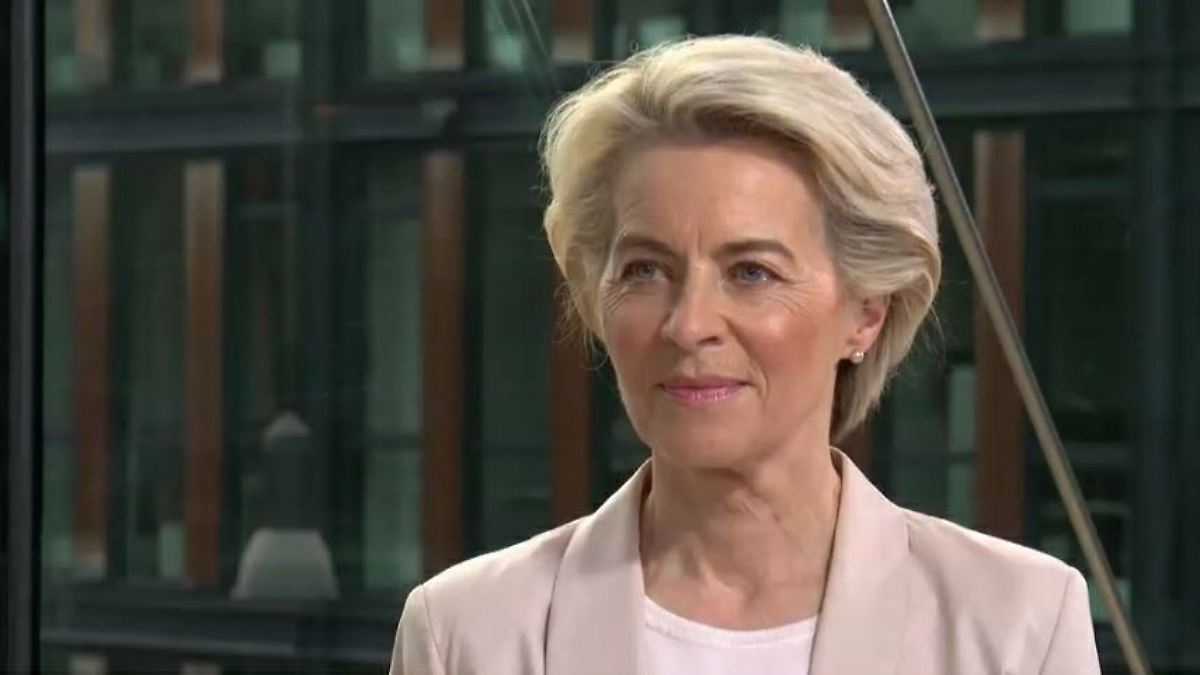 With the Green Deal, EU Commission President von der Leyen wants to make the continent climate-neutral by 2050 – a gigantic feat. In the ntv interview, she meets doubters with optimism – but also with severity. Those who do not go along want to keep them away from the financial pots.

ntv: When you see pictures from flood areas, what does that do to you?

Ursula von der Leyen: That was really terrible, because reality is much worse. I’ve been to Rochefort and Pepinster. Terrible. To see this force and power of the destructive rage of the water and the consequences, above all the desperate people. And what does that do to us? It shows us even more clearly that we are running out of time in the fight against climate change. That we have to be more ambitious and ambitious with our goals. And that climate change is here and that these extreme weather phenomena will be more frequent and more intense. That means we have to do everything we can to stop climate change – caused by us humans – and global warming. And there are ways to do that. That is now the task of time.

Do you think we can still do it?

We can do it. We have just seen a very alarming report from the Intergovernmental Panel on Climate Change that climate change is advancing faster than we thought. But also the one hundred percent confirmation that it is entirely up to us humans. And I think there’s good news in there too. Because we can do something about it, with clean technologies, consuming in a different way, producing in a different way. We can create climate change, but we should only tackle it consistently now.

We need quick answers and quick implementations. Now that’s not exactly the EU’s strength, is it?

But here we are exceptional. We are a global pioneer with the European Green Deal. And the good thing is that two years ago we agreed – with all 27 Member States – on the goals. And we have now cast that into a law. In other words, all 27 member states said yes, we want to achieve that: be climate neutral by 2050 and reduce at least 55 percent of greenhouse gas emissions by 2030. So it is no longer a question of whether we strive for these goals, but how. And there we also presented a precise timetable for how we can achieve this. Everyone has to participate, every sector. All Europeans can make their contribution, this is described very precisely. And now it’s about implementing that.

Sometimes, however, the wish from Brussels then also meets the reality in the countries. In Romania, for example, the last primeval forests in Europe have been cleared for years. More wood is illegally produced there by mafia-like structures than legally. And the Romanian government just lets it happen. Why are you so tame about the Romanian government?

Firstly, we are now going to put a forest protection law in motion. The forest strategy is already in place. And secondly: With the reconstruction fund for the whole of Europe after the pandemic, we have introduced very clear rules: Investing in the European Green Deal, including investing in digitization. Linked to this are obligations, including those of the Member States, that they must not cause any damage. And what is happening in Romania is a classic example of severe damage. In other words, it is also clear to the Romanian government that they have to stop this so that they can get the investments they urgently need. We have ways of being convincing.

Does that mean that there will be no more money from Brussels if illegally felled timber continues to be pulled out of the country?

The emphasis is on illegal and there are then very clear steps that funds can be withheld or penalties are paid at the end of these steps. And that works. We often have to support the government in the fight against illegal activity, and we are ready to do so. But there is no alternative but to actually stop this overexploitation of nature, not only in this example, but also in other examples, and to extend protection for nature.

How do you intend to ensure that all member states really go along with it?

Let’s take Poland as an example. Indeed, in the beginning it was difficult to convince. In the meantime, however, Poland is also feeling the pressure of climate change. For example in the form of harvests that break down due to drought or heavy rain. In other words, the Polish government, the people of Poland, also understand that if we do nothing, it will be much, much worse and much, much more expensive.

In the end it’s a question of money, but do we have the money? Where does it come from?

Massive investments will be necessary so that we can switch to clean technology, to a circular economy. And, thank God, now after the pandemic, together as Europeans, all 27 member states, we have decided on the reconstruction fund. That is 800 billion euros. And of that, 500 billion, including from our budget, will go directly into the European Green Deal in the next few years: in hydrogen projects, for example, or electrical charging stations along roads, renewable energies are a very big issue, building insulation, to take some of these subjects. Investments are now being made and the money is only available if it is these green projects.

You are very optimistic that it will succeed.

Not just optimistic. We have analyzed and approved the plans of 21 countries. There are very fixed dates and goals in it and there is only the money if the goal is achieved. Then there will be money from Europe and good money.

There are many people who are concerned about this change. How should citizens be able to afford rising costs for driving a car or energy, for example?

We have made it very clear that from 2035 we only want cars that no longer emit any CO2 into the environment. That is a very clear goal. It is good that the industry has said we will participate, we will even be there sooner. That means there will be a lot of cars, for example electrically powered cars, on the road. We make the charging stations with the money from Europe, so that you actually have charging stations along the routes that you drive. And then it will be easier for people to switch from the old, dirty, if I may say the combustion engine, to the electric cars. And thus also having the opportunity to participate in this change. When it comes to energy prices, you have to look at which prices are rising: they are those of dirty energies, oil, gas and coal. The prices of renewable energies have remained stable and have even fallen significantly over the past few years. So the answer is clear: we have to invest much, much more in renewables because we are also becoming more independent there.

Still: it will cost the citizens something. How do you intend to cushion that?

We have to create social equilibrium for small incomes that cannot move at all. I also made a proposal there, the social climate fund. With this you can specifically help those who do not have the opportunity to move with the rising energy and fuel prices in their income, so that they can participate in the switch to a cleaner driving style, to healthier energies, renewable energies.

The problem is: when does it come? Now prices are rising.

We will be sitting together in the European Council over the next three weeks on this very issue. My suggestion is to introduce this social climate fund earlier.