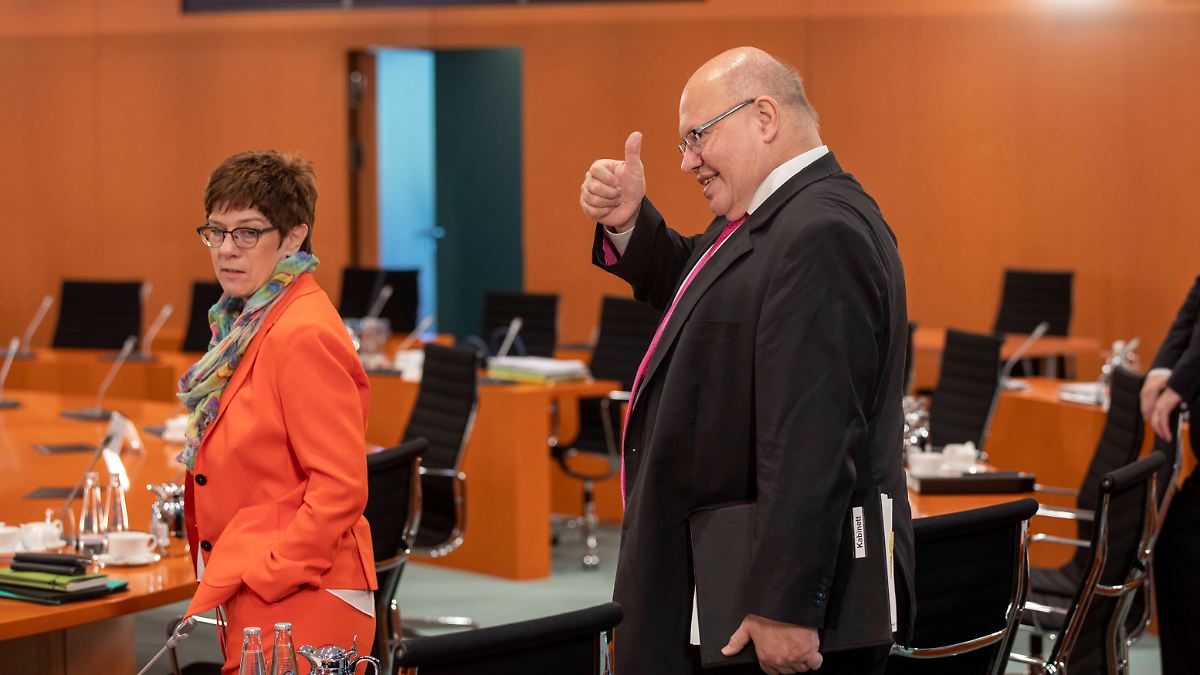 Two prominent CDU politicians will not be represented in the new Bundestag: Federal Economics Minister Peter Altmaier and Defense Minister Annegret Kramp-Karrenbauer are renouncing their mandates. The step is intended to promote a generation change in the party, they justify the step.

Federal Minister of Economics Peter Altmaier and Defense Minister Annegret Kramp-Karrenbauer are renouncing their parliamentary mandates. This was announced by the two CDU politicians in Saarbrücken. This clears the way for Nadine Schön and Markus Uhl, who will then join the Bundestag as successors from the CDU state list. The SPD won all four direct mandates in the federal election on September 26th in Saarland.

It is important to bring about a generation change now, said Altmaier. “Renewal is possible, you just have to want it,” he added. Kramp-Karrenbauer said it was not enough just to say that the country and the party were more important than one’s own political career. Now is a situation “where you have to do it”.

The former CDU federal chairman Kramp-Karrenbauer was elected to the Bundestag via the top spot on the state list. Altmaier started in second place. By renouncing the mandate, they are making room for two younger party friends in the Union parliamentary group. Nadine Schön is 38 years old and has been a member of the Bundestag since 2009. She helped negotiate when the SPD and CDU agreed in principle on a binding quota for women on executive boards at the end of 2020. The 41-year-old Markus Uhl was elected to the Bundestag for the first time in 2017. Before that, the graduate in business administration worked in the Saarland State Chancellery from 2012 to 2017, most recently as head of department.

“The signs, they are on the traffic light”

The state chairman of the Saarland CDU, Prime Minister Tobias Hans, announced at short notice that he wanted to make a press release “on the situation of the CDU in the state and federal government after the federal election”. Hans praised the two ministers for resigning their mandate. With a view to the ongoing exploratory talks between the SPD, FDP and the Greens to form a “traffic light” coalition, he said, even if other constellations were conceivable, “the signs are on traffic lights”. You have to accept that now and take on the role of the opposition.

The 63-year-old Peter Altmaier has been a member of the Bundestag since 1994. Kramp-Karrenbauer was Prime Minister of Saarland until she moved to Berlin as CDU General Secretary in 2018. In December 2018 she was elected CDU chairman with a tight result in a vote against the former Union parliamentary group leader Friedrich Merz. In February 2020 she announced her resignation as a consequence of the government crisis in Thuringia. Her successor at the head of the party was NRW Prime Minister Armin Laschet.

According to their own statements, Altmaier and Kramp-Karrenbauer will keep their ministerial posts until a new federal government is formed.