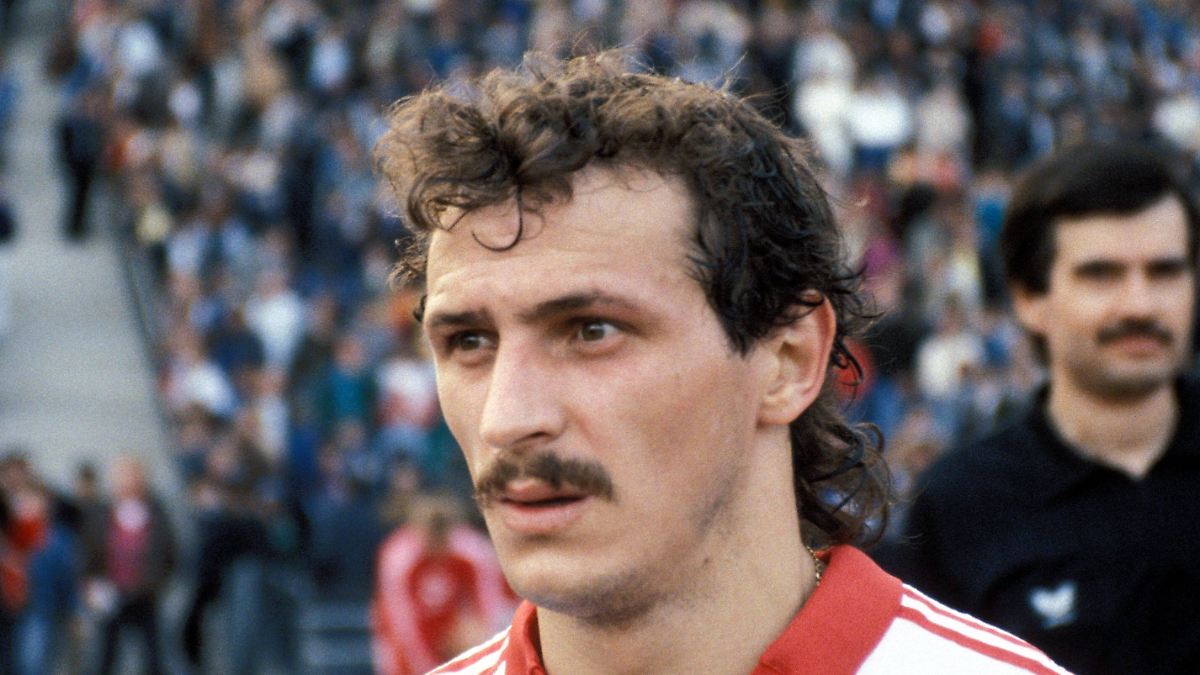 The news of Alzheimer’s disease in the former Bundesliga striker of HSV and Eintracht Frankfurt, Jan Furtok, shook not only his former teammates, but all football fans in Germany. The fate of Poland touches!

Sometimes, it is said, former Bundesliga star Jan Furtok doesn’t even recognize himself in the mirror. But when he sees the photo on the wall of a former teammate, the Pole still reacts today. It is his colleague from Frankfurt times, Anthony Yeboah.

The story of Jan Furtok goes to the heart. Especially with the football fans who have seen the Poles play live. Back in the late 80s and early 90s, when players from Germany’s neighboring country in the east such as Miroslaw Okonski, Andrzej Iwan, Marek Lesniak or Andrzej Buncol caused a sensation in the Bundesliga. Jan Furtok moved from his home club GKS Kattowitz to Hamburger SV in October 1988. Back then, these transfers were anything but a matter of course. But Furtok was lucky. He was let go – of course only in exchange for a decent transfer fee, which was conscientiously divided up over in Katowice according to a key that was not known in detail.

Now everything would have been fine, but the Poles accused Furtok of complicity in a dubious story about his former colleague in Katowice, Andrzey Rudy. The exceptional Polish talent had broken away from his national team in a friendly match in Milan just two weeks after Furtok switched to the Bundesliga. And since his girlfriend Anja, who was already a celebrity in Poland at the time, fled to the West on a tourist visa, the whole story was blown into a real political issue.

What nobody suspected in November 1988: Right in the middle of this dodgy story, Uli Hoeneß and Reiner Calmund were two real Bundesliga heavyweights. Because the Bayern manager had “made it a hobby to get this player for free”. Hoeneß then hid Rudy in a hotel in Unterhaching for ten days – until things got too hot for him and he explained: “It’s a bit of human trafficking, and this type of contract is not our style. And besides, we only have one friendly club done a favor. ” Hoeneß meant Bayer Leverkusen and Reiner Calmund. But the whole story was soon uncomfortable for him too – and so Bayer also did without the great Polish football talent Andrzey Rudy.

Hamburger SV had to turn on the DFB in those dreary autumn days in 1988 to solve the turmoil surrounding their own player, Jan Furtok. After all, the Polish association had refused to allow Furtok’s wife and two small children to travel to the Federal Republic of Germany. After two months, the redemption: All three were allowed to travel to Hamburg. But it would take a while before the family really arrived in the Hanseatic city. And that had a lot to do with the initially difficult sporting situation of the Polish national player with the Rothosen.

One year after his move, HSV was on the disappointing 14th place in the table during the winter break. However, Furtok had been lured with the tempting prospect of glorious UEFA Cup evenings. But that was far from all. Furtok felt burned out at HSV at the time: “I’m mentally and physically broken!” In the storm he had to be the sole entertainer – in a team that he himself considered only limited in the Bundesliga. Clearly, as was still common at the time, Furtok complained through the media: “It’s only enough for von Heesen, Jakobs, Jusufi, Schröder, Eck, Beiersdorfer and me. If one fails, that’s a problem.”

But Jan Furtok owes a large part of his popularity with HSV fans, which still exists today, to this unfortunate sporting situation of the 1989/90 season. Because with his goal in the 88th minute on matchday 34 against Waldhof Mannheim, the Hamburg team avoided relegation and at the same time sent the Waldhöfer to the second division. And since the eternal city rival, FC St. Pauli, went down 7-0 in Düsseldorf at the same time, HSV was even able to place itself in front of the Kiezkickers in the end. All thanks to Jan Furtok.

“No HSV goals without Furtok”

But the Pole was not only popular in the Hanseatic city because of his goals, but also because he “plows for two in every game”, as his coach Gerd-Volker Schock said with shining eyes. If the man from Katowice failed in those days, the people of Hamburg would have a problem. And so a major sports magazine headlined in bold letters: “No HSV goals without Furtok”. In the 1990/91 season, the Pole even finished second in the top scorer table behind Roland Wohlfarth.

Ben Redelings is a passionate “chronicler of football madness” and a supporter of the glorious VfL Bochum. The bestselling author and comedian lives in the Ruhr area and maintains his legendary treasure trove of anecdotes. For ntv.de he writes down the most exciting and funniest stories on Mondays and Saturdays. More information about Ben Redelings, his current dates and his book with the best columns (“Between Puff and Barcelona”) can be found on his website www.scudetto.de.

But after a cruciate ligament rupture and his move to Eintracht Frankfurt in 1993, Jan Furtok did not come back as strong as in his best days in Hamburg. At Eintracht he even had to endure the mockery of the commentators, as in this case by the reporter for Hessischer Rundfunk, Joachim Böttcher: “Somebody should give Jan Furtok the Polish translation of Casanova’s memoirs, because it says how you can get your chances uses!” In Frankfurt, Furtok often formed a storm duo with Anthony Yeboah. This is the man who the Pole, who has Alzheimer’s disease, still recognizes in the photos in his house.

Another partner at the time was – both at HSV and at Eintracht – Thomas Doll. When he found out about Furtok’s illness a few days ago, he was “seriously shaken” – and immediately remembered the many wonderful hours together with his former teammate. Memories that he can no longer share with Jan Furtok. But the football fans who saw the Pole spinning in the Bundesliga at the time will remember him fondly for a long time.