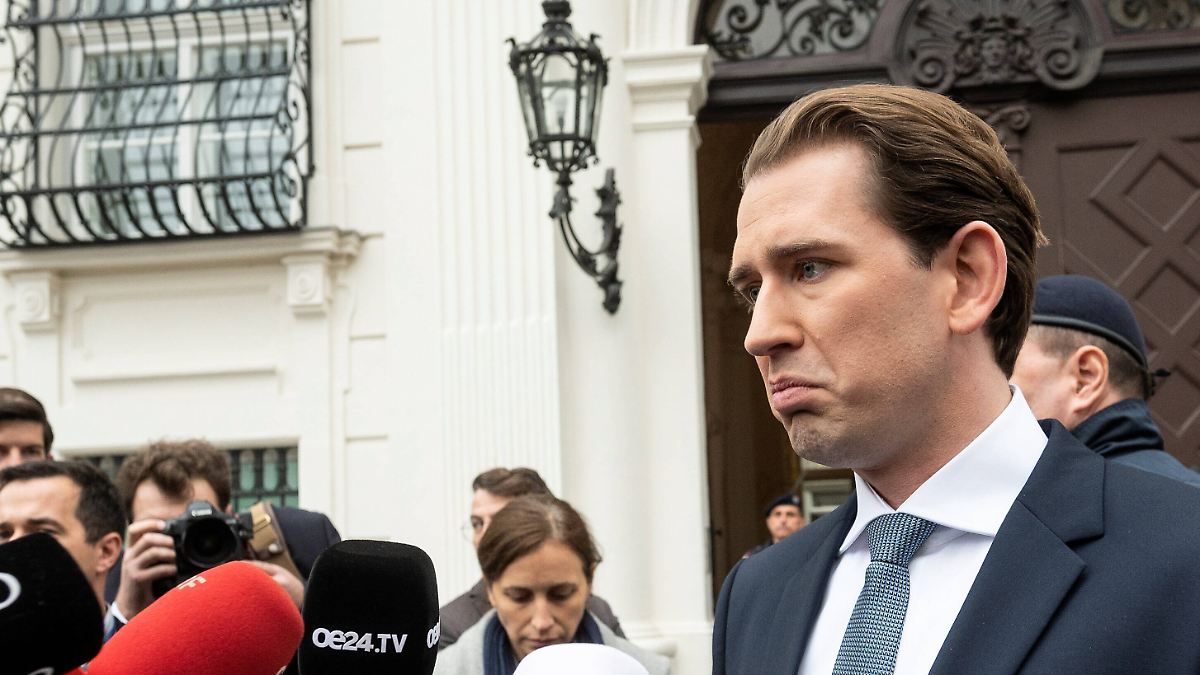 With his resignation, Austria’s ex-Chancellor Kurz is keeping his party in power and escaping a vote of no confidence following allegations of corruption. However, he will continue to hold a high office in the ÖVP – and that infuriates the opposition.

With the resignation of Sebastian Kurz from the office of Federal Chancellor, the government crisis in Austria is over. As a coalition partner of the conservative ÖVP, the Greens declared that they now want to continue the alliance. They had threatened the Chancellor, who was heavily burdened by corruption allegations, with a vote of no confidence. Kurz will be succeeded by Foreign Minister Alexander Schallenberg.

The 52-year-old Schallenberg has been jointly responsible for Austria’s foreign policy in top positions for years. The multilingual, internationally experienced diplomat is just as tough on migration issues as Kurz. Schallenberg and Kogler have agreed a one-on-one conversation for Sunday. Kurz himself changes from the Chancellery to Parliament to the seat of the parliamentary group leader of the ÖVP. He also remains chairman of the ÖVP.

The opposition is not satisfied with this castling. This means that the 35-year-old remains an extremely influential political figure and the “Kurz system” is preserved, criticized SPÖ leader Pamela Rendi-Wagner. The government crisis was triggered by investigations by the Economic and Corruption Prosecutor’s Office. Close colleagues of the Chancellor are suspected of having bought well-meaning reporting in a media company in order to pave the way for Kurz to the party leadership and the Federal Chancellery from 2016. Kurz is also listed as a suspect. He denies the allegations.

In a seven-minute speech, the Chancellor again emphasized his innocence. He gave up his office out of responsibility for the country. After the end of the ÖVP-Greens coalition, the chaos of four-party cooperation between the Greens, SPÖ, liberal Neos and right-wing FPÖ threatens. The powerful country leaders of the ÖVP welcomed the move. Tyrol’s Prime Minister Günther Platter said that Kurz had decided, together with the regional chiefs, “to take a step aside until the allegations against him have been resolved.”

“There is a short flight to parliamentary immunity”

The industry was also satisfied. According to the Federation of Austrian Industries, it is important to maintain Austria’s international reputation and international trust in the location. In the past few days, the Greens had already held talks with opposition parties about a multi-party government without the ÖVP – in the event that the Chancellor does not resign.

On Saturday evening, all opposition parties rated Kurz’s move to parliament as a legal and power-political move. “Sebastian Kurz is fleeing to parliamentary immunity,” said the head of the right-wing FPÖ, Herbert Kickl. The head of the liberal Neos, Beate Meinl-Reisinger, said that Kurz would continue to keep all the strings in hand. As the head of the ÖVP, Kurz has far-reaching powers: he alone can determine the government team, the lists of candidates in parliamentary elections and the political line of the ÖVP.