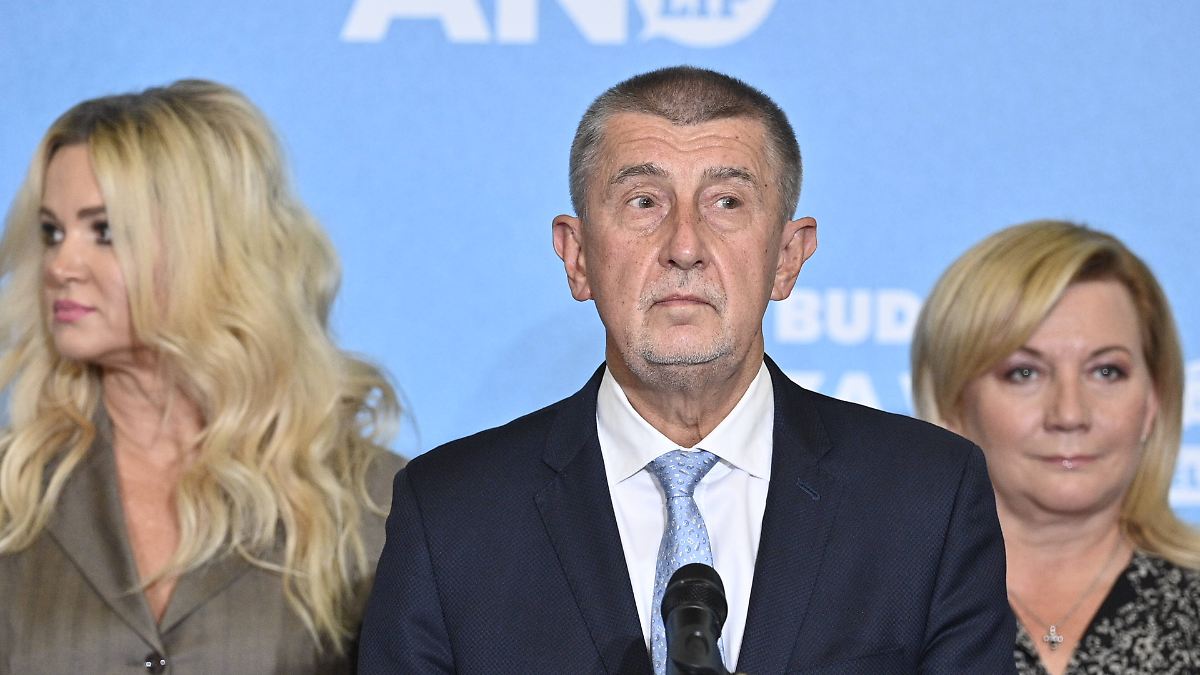 The opinion pollers in the Czech Republic did not see this coming: the opposition parties secure a majority in parliament, Prime Minister Babis’ Orban course is being punished. Still, the populist could lead the next government.

Observers speak of a political earthquake: In the parliamentary elections in the Czech Republic, two liberal-conservative opposition alliances surprisingly won a majority. The populist head of government Andrej Babis had to admit defeat on Saturday. The multi-billionaire congratulated his opponent Petr Fiala on a “great final spurt” at the end of an exciting election evening.

According to the preliminary final result, the ANO von Babis only achieved 27.1 percent and an expected 72 mandates. The opposition alliances came together to 108 of the 200 seats in the House of Representatives in Prague. The conservative electoral alliance Spolu (Together) received 27.8 percent of the vote and 71 seats alone, the Alliance of Pirate and Mayor parties 15.6 percent and 37 seats.

At the end of the election campaign, Babis was confronted with revelations from the “Pandora Papers”. According to research by an international network of journalists, Babis is said to have bought real estate in France through foreign letterbox companies in 2009. He denied allegations of money laundering and tax evasion. Babis said: “That’s life, we understand and accept it.” At the same time, the 67-year-old accused the opposition of a “smear campaign” and left a back door open: if President Milos Zeman entrusts him with forming a government, he will negotiate, Babis announced.

“The change is here, we are the change,” said Spolu top candidate Fiala, who claimed the formation of a majority government. The former rector of Masaryk University in Brno is considered a respected academic. However, a stalemate looms after the election. President Zeman had stressed several times in the past that he would not give government mandate to a coalition, but to the strongest individual party. In any case, that would be the populist ANO von Babis, since Spolu consists of the three parties ODS, TOP09 and KDU-CSL.

A spokesman for the president announced that Babis would be received for an interview on Sunday. The 77-year-old Zeman makes no secret of his support for the politician. “Basically, he doesn’t respect the majority in parliament,” said political scientist Tomas Lebeda on the CT channel. That contradicts the constitution, which aims to find majorities. There is already a precedent: In 2013, Zeman passed over the conservative Miroslava Nemcova, although they were able to assemble the majority of the MPs behind them. Instead, he made his confidante, who is now the head of the National Bank, Jiri Rusnok, Prime Minister. There are currently growing concerns about the health of the president, who recently left the hospital. Zeman chose from home.

The turnout this time was around 65 percent – significantly more than at the last poll four years ago. In Prague, a particularly large number of young people voted. The previous partners of the Babis party experienced a debacle: The Social Democrats (CSSD), who formed a coalition with it, and the communists, who had tolerated them, failed because of the five percent hurdle. Interior Minister Jan Hamacek announced his resignation as CSSD party chairman. The government was criticized for its Corona crisis management, among other things. In the Czech Republic with its 10.7 million inhabitants, more than 30,500 people died in connection with Covid-19.

Only four parties will be represented in parliament. Right-wing freedom and direct democracy, which railed against migrants, Muslims, the EU and NATO, received almost ten percent of the vote. Babis had also presented himself as a fighter against migration at the side of his Hungarian colleague Viktor Orban during the election campaign. According to observers, more moderate voters may have resented the nationalist tones.