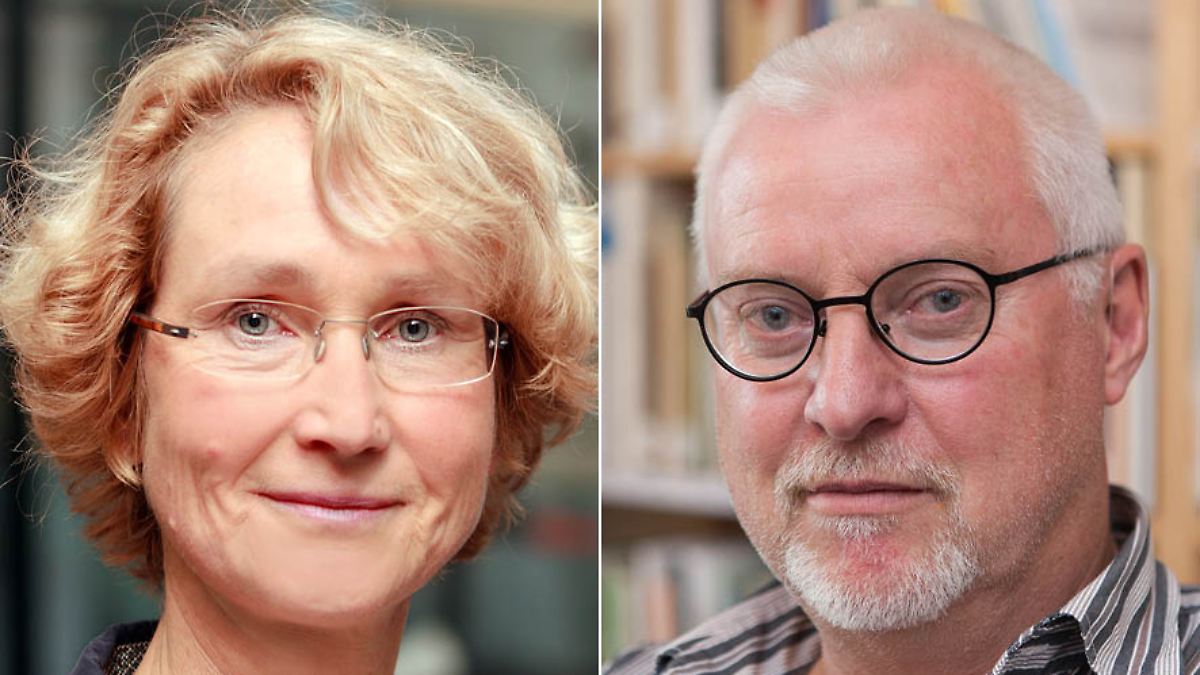 Humans do not have to watch helplessly climate change and the extinction of species. Two researchers have proven this with their work, says Federal President Steinmeier. The German Environment Prize 2021 therefore goes to species protection expert Katrin Böhning-Gaese and moor researcher Hans Joosten.

The German Environment Prize this year goes to species protection expert Katrin Böhning-Gaese and moor researcher Hans Joosten. Both of them had “achieved outstanding results in the broad field of climate and species protection,” said Federal President Frank-Walter Steinmeier at the award ceremony in Darmstadt.

According to Steinmeier, the researchers have awakened an awareness of what is necessary to preserve biological diversity and stop global warming, but also “how much we can move together”. “The winners show us once more: We are not standing helplessly on the edge of the abyss,” said Steinmeier, according to the speech.

The German Federal Environment Foundation, which awards the 500,000 euro prize, honors the scientist Hans Joosten from the University of Greifswald for his decades of work on the importance of peatlands for climate protection and the serious consequences of peatland drainage. The ecologist Katrin Böhning-Gaese, director of the Senckenberg Biodiversity and Climate Research Center in Frankfurt am Main, will be honored for her cutting-edge research on biological diversity.

Joosten was one of the first to recognize how important healthy, wet moors are for climate protection, because they remove carbon dioxide from the atmosphere and bind it permanently in the soil, said Steinmeier. For years, the researcher has been appealing to politics and society to renature peatlands and thus make an important contribution to protecting the climate and species.

Böhning-Gaese has raised the issue of biological diversity “in public awareness and put it on the political agenda”. She has shown what influence intensive agriculture, the transition from forest to arable land or climate change have on complex communities of animals and plants.

Consequences of climate change “arrived at us”

The Federal President referred to the flood disaster in the Ahr valley and on the Erft, which devastated an entire region and killed almost 200 people. Not only this catastrophe in Germany, but also the devastating rains in Central Europe, the scorching heat and forest fires around the Mediterranean have shown that the consequences of climate change have “also reached us in Europe”.

“The pandemic and floods made us feel how vulnerable we are,” emphasized Steinmeier. That is why a systematic change of direction must be taken. However, the gap between goals and concrete action is “still far too big”. “Closing this gap is the great task of every conceivable new government, but that is also the task of all of us,” demanded Steinmeier.

Steinmeier expects “strong joint resolutions” from the global conference on biodiversity in Kunming, China. A breakthrough is also needed at the climate conference in Glasgow in November. Both conferences are a chance to show the world that politics have learned from the pandemic.