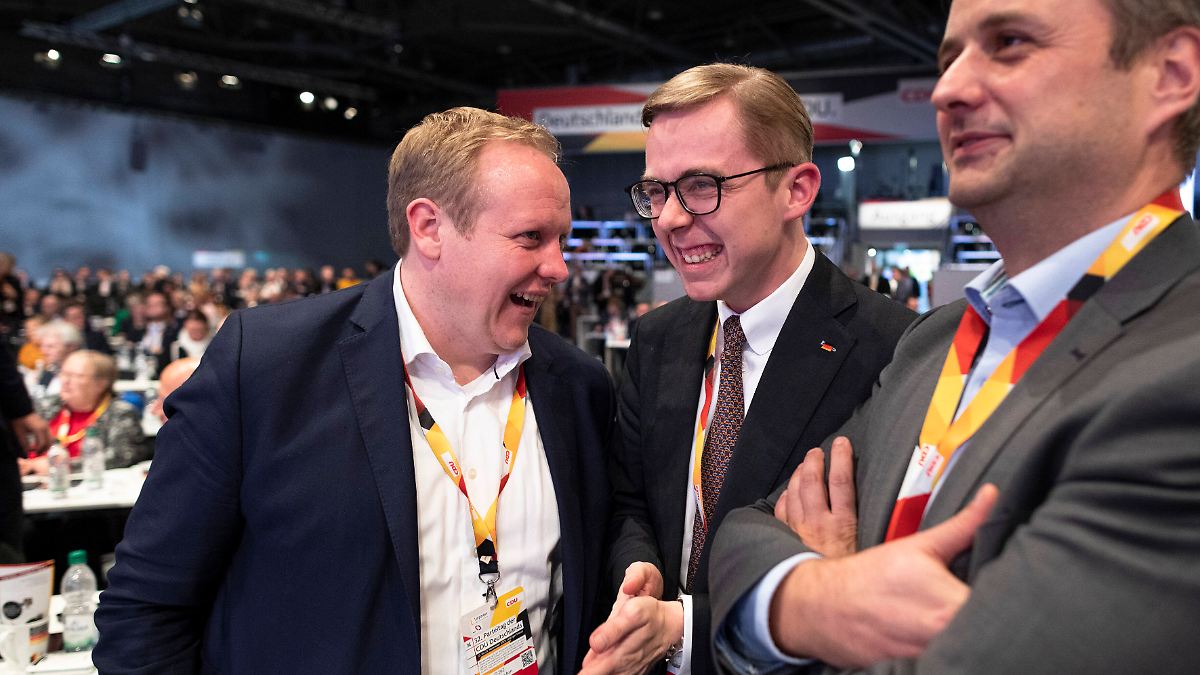 Armin Laschet will soon resign from his position as party leader, the CDU is facing a new start in terms of personnel. Young Union politicians sense their chance and want to involve party members in the search for a new party leadership.

A group of young CDU politicians led by Junge Union leader Tilman Kuban and member of the Bundestag Philipp Amthor are calling for the grassroots to be involved in the election of a new party leadership. The CDU must “get out of the old way of thinking and out of old structures,” wrote the politicians in a guest post for “Welt am Sonntag”. “It is not up to those who are responsible for the current situation to choose a new chairman.”

Most of the candidates for elections would already be put up by the CDU members without any problems. “In this respect it would be only logical and natural that our party base would also decide on the most important party positions in such a procedure,” wrote the CDU politicians.

Several prominent Christian Democrats had previously spoken out in favor of involving the grassroots in the decision on the successor to party leader Armin Laschet. “I think it is right that we are talking about membership participation,” said the MP Friedrich Merz, who is considered a candidate for the party chairmanship.

In their guest post, the young CDU politicians called for a “member reform party congress at which our party base defines and realigns the compass of content”. This sometimes also requires “the courage to polarize instead of fear of controversy”.

“Only if the CDU gives the next generation a chance will we have a future as a people’s party,” declared the authors of the article. “Even at the top of the federal government, the party must now show the courage to venture out with fresh faces.”

The CDU boss Laschet, who was hapless as a candidate for chancellor, announced on Thursday that he wanted to clear the way for a new start in terms of personnel. On Monday he wants to present proposals to the party committees – for example for a special party conference.