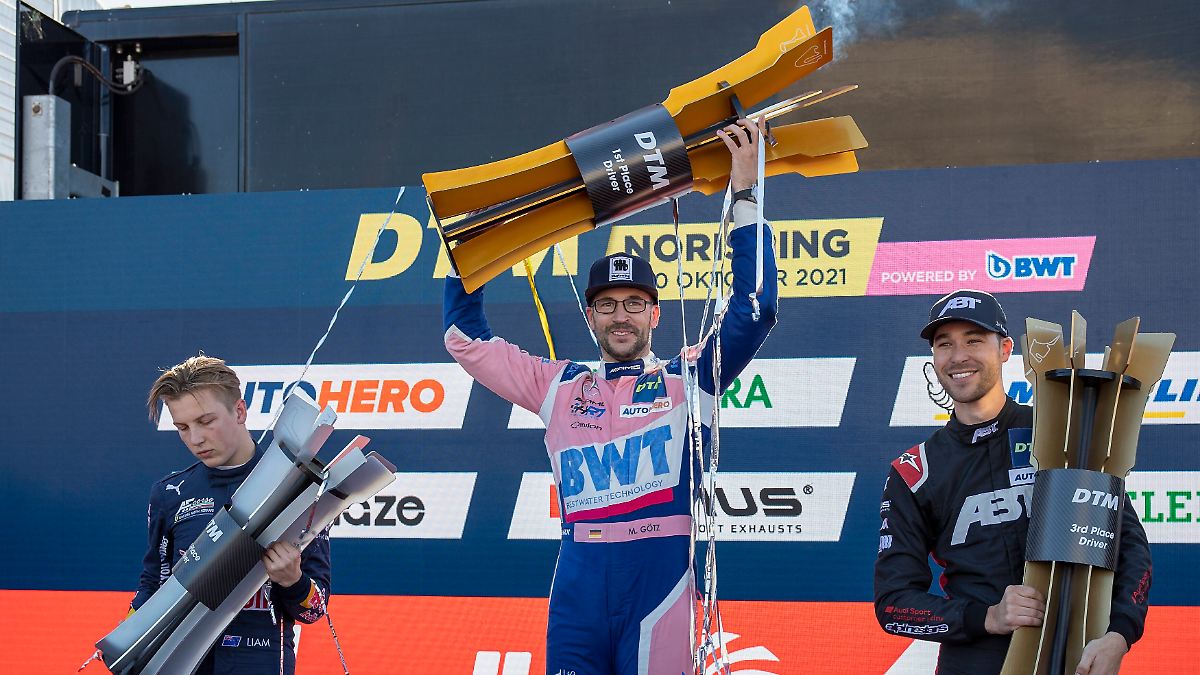 It’s all set up for teenage Liam Lawson. But at the season finale in “Franconian Monaco”, he not only drives against Mercedes driver Maximilian Götz, but also against the “most unfair driver” he has ever driven. He shoots him in the first corner.

Maximilian Götz shed tears of joy at the wheel, teenage Liam Lawson stomped off pissed off: In a dramatic and wild season finale, Mercedes driver Götz was the laughing third after a collision between his two rivals and was crowned DTM champion at the Norisring in Nuremberg. The local hero won the last race of the season in the “Franconian Monaco” and wrested the title that was believed to be safe from the unfortunate New Zealander Lawson.

“Oh my god. I’m DTM champion! I can’t believe it,” the 35-year-old Götz radioed into the pits: “I’ve always believed in it.” He also benefited from the sometimes extremely harsh driving style of his rival Kelvin van der Linde. The South African shot down overall leader Lawson (Ferrari) in an unfair maneuver in the first corner.

“I’m very disappointed. Kelvin is the most unfair pilot I’ve ever driven,” Lawson said on Sat.1. DTM boss Gerhard Berger spoke of an “unfortunate” situation that will be “discussed for a long time”.

19-year-old Lawson would have been sixth enough to become the youngest champion in DTM history. With a destroyed steering, however, he lurched across the ring for an hour without a chance after the accident. Van der Linde got off lightly with a five-second penalty. The title was still within reach for the Audi driver, but after another tough duel with Götz, he fell far behind with a puncture and was out of the title race.

Lucas Auer from Austria, who ultimately came second, became a decisive factor in the battle for the championship. The Mercedes driver was in the lead, let his colleague Götz pass shortly before the end and gave him the victory he needed. “That is certainly not a nice picture, but that is part of it,” said series boss Berger.

This means that Pascal Wehrlein remains the youngest champion in the DTM, who won the title in 2015 one day before his 21st birthday. It wasn’t a season like any other for the DTM. After the factory exit of Mercedes and most recently Audi, the existence of the racing series was in question. It was not until the switch from expensive prototypes according to Class One regulations to near-series GT3 cars opened up prospects for the DTM – although this meant that it had to stand out from numerous other racing series of this type.