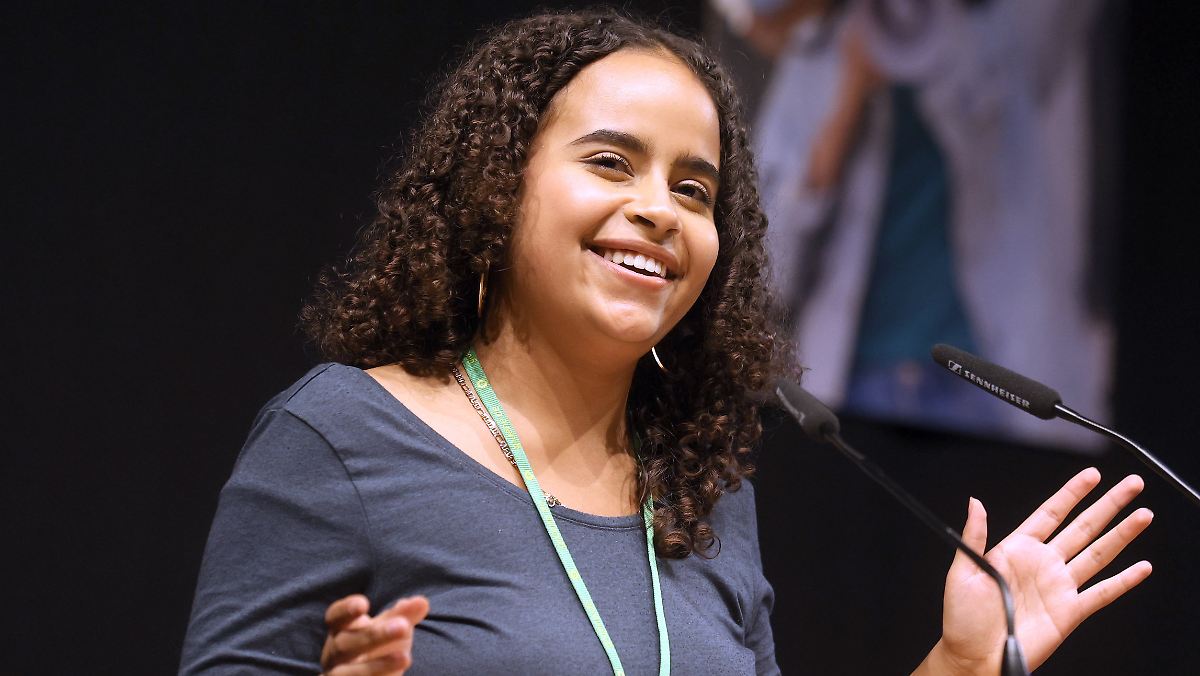 After her election as the new federal spokeswoman for the Green Youth, old tweets by Sarah-Lee Heinrich will be distributed on Twitter. She apologizes for one. “This tweet in no way reflects my position,” she writes.

The newly elected federal spokeswoman for the Green Youth, Sarah-Lee Heinrich, regretted a tweet published years ago on the account of the young people at the time. “I just became aware of a tweet in which my account commented ‘Heil’ under a tweet with a swastika in 2015,” wrote the 20-year-old on Twitter. You can’t remember ever posting such a tweet – but that doesn’t make it any better. “That was extremely stupid and inappropriate.”

Heinrich emphasized that she was part of an anti-fascist youth organization. “This tweet in no way reflects my position. I am really sorry to have ever posted such a tweet.” The tweet has since been deleted.

Green parliamentary group leader Katrin Göring-Eckardt wrote to Heinrich’s address: “We all make mistakes. You stand by it and apologize. Thank you for it. But also thank you for clearly saying what is, exclusion through poverty, through ignorance, through racism or indifference.”

Tweets written when I was 14 years old

Sarah-Lee Heinrich and Timon Dzienus were elected as the new federal spokesmen for the Green Youth on Saturday. The social science student Heinrich received 93.84 percent of the votes at the federal congress of the youth organization in Erfurt. Even before her comment on the “Heil” tweet, Heinrich had on Twitter laments, since their election, rights have tried to pull shitstorms against them. “I guess I’m jittery about a black, left-wing woman.” There were screenshots of old tweets from her, “some of which are vulgar or offensive”.

“What is deliberately removed from the screenshots of tweets: They are from 2014/2015”, criticized Heinrich. “I was 13/14 years old then.” She demanded: “Measure me and like to criticize me for my positions and my political work. I am not going to explain myself to everything that I once thought and said when I was 14, I do not ask anyone to do that.”

In her application speech in Erfurt, Heinrich focused on social issues. “Many people are afraid that climate protection means that they will be worse off. I can understand that, because they too know how holey our welfare state is and that as soon as they become unemployed they are no longer worth anything in this society.” She criticized a lack of apprenticeships, poorly paid part-time jobs for students and disadvantages for people with a migration background.