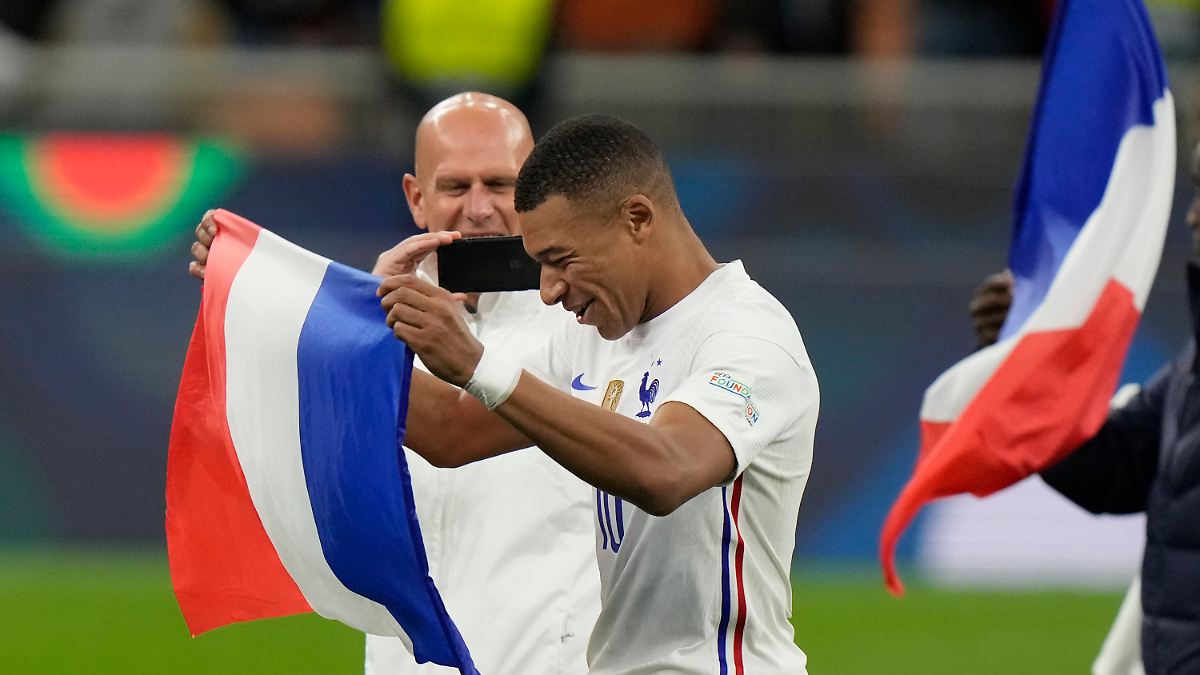 A good three years after the World Cup title, France triumphs in the Nations League for the first time. Coach Didier Deschamps’ star ensemble owes its victory over Spain above all to Kylian Mbappé. If his missed shot was rudely catapulted out of the round of 16 of the European Championship in the summer, this time he scored the winning goal.

Kylian Mbappe led soccer world champions France to a European title three and a half months after the European Championship disgrace. With Bayern professionals Benjamin Pavard and Dayot Upamecano, the French defeated Spain 2-1 (0-0) in the Nations League final thanks to Mbappe’s late winning goal. At the European Championship, the team of coach Didier Deschamps sensationally failed in the second round on penalties against Switzerland – due to a missed shot by Mbappe.

The game between two world-class teams on Sunday evening was almost uneventful for a long time and a single disappointment. But suddenly it started in Milan: Theo Hernandez hit the lower edge of the crossbar for France (63rd), in return, Mikel Oyarzabal (64th) shot the Spaniards in the lead. Immediately afterwards again, Karim Benzema equalized with a fantastic flick (66th).

In an effort to score an early goal, Benzema outplayed Spain goalkeeper Unai Simon after a dream pass from Paul Pogba’s – but the following cross pass did not arrive (6th). Lucas Hernandez from FC Bayern, in contrast to his brother Theo, winning goal scorer in the semi-finals against Belgium (3-2), was not in the starting line-up this time. His Munich team-mate Benjamin Pavard was the only Bundesliga player on the French right-wing defense when the whistle kicked off.

Spain, still in a state of upheaval, held against it again with the noticeably good teenage super talent Gavi (17 / FC Barcelona) in the midfield. “We’ll cause trouble for France,” coach Luis Enrique had promised. The ball mostly ran safely through the Spanish ranks, but a chance was a long time coming.

After 42 minutes, Upamecano took over from the injured Raphael Varane in central defense. Both lines of defense had little to do anyway, until Hernandez’s shot from the crossbar bounced off the goal line. Oyarzabal then shrugged off the Spanish opener Upamecano.

In the afternoon, European champions Italy secured third place against Belgium in Turin with a 2-1 (0-0) win. Germany finished second behind Spain in Nations League Group 4 – after a memorable 6-0 in Seville.