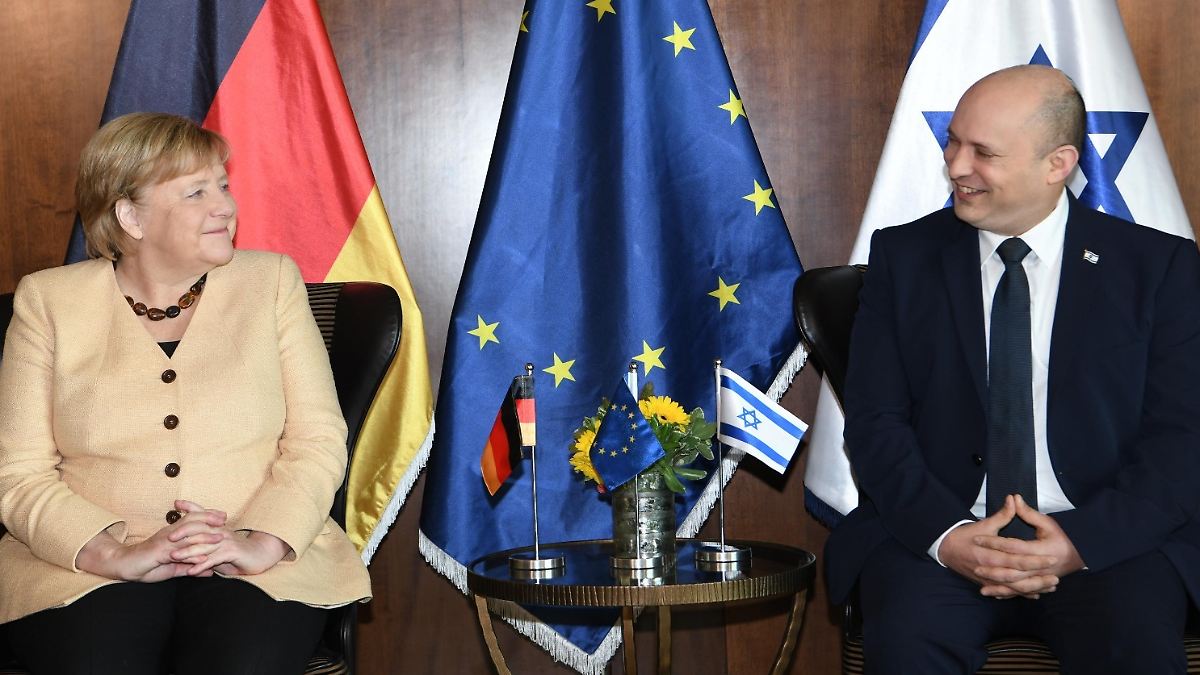 On the second day of her three-day visit to Israel, Chancellor Merkel meets Prime Minister Bennett. She is committed to the importance of the country in German politics. She is also impressed by the eight-party coalition. In the evening she will be honored.

Chancellor Angela Merkel has promised the Israeli government of Germany further support on security issues. “Germany is not neutral when it comes to Israel’s security issues, but Israel’s security is part of our reason of state,” said Merkel at a press conference with Israeli Prime Minister Naftali Bennett. Merkel was received by Bennett in Jerusalem on on, after which she was the first German head of government to take part in a meeting of the Israeli cabinet.

“It remains a stroke of luck in history that it was possible to establish such relations between Germany and Israel after the Shoah, and that is why the issue of Israel’s security will always be a central issue for every German government,” said Merkel. “And we have to act accordingly, even if we have different opinions on various individual issues.” Merkel described her participation in the special session of the Israeli cabinet as a “very touching event”. The meeting has the character of a “small government consultation”.

Merkel emphasized that after the federal elections and the imminent end of her chancellorship, she wanted to “achieve a good transition to the next government in Germany” in relations with Israel. The German-Israeli government consultations have always been important to her. In this format, there was a “very wide breadth of German-Israeli relations”.

Merkel also commented on what she said was “a very special cabinet in Israel”. The country is currently governed by a coalition of eight parties, led by Bennett. In talks with Bennett, she reported on her experiences in coalition governments, said Merkel. However, she “really did not get to know such a degree of diversity” as in the Israeli government.

Merkel also has a meeting with Israeli President Isaac Herzog on Sunday’s program. Accompanied by Bennett, Merkel also visits the Yad Vashem Holocaust memorial in the afternoon. She then received an honorary doctorate from the Haifa Technion – Israel Institute of Technology.

Merkel has been on a three-day working visit in Israel since Saturday. It is the Chancellor’s eighth visit to the country. Merkel’s trip was originally planned for the end of August, but was postponed due to the crisis in Afghanistan after the Taliban came to power.