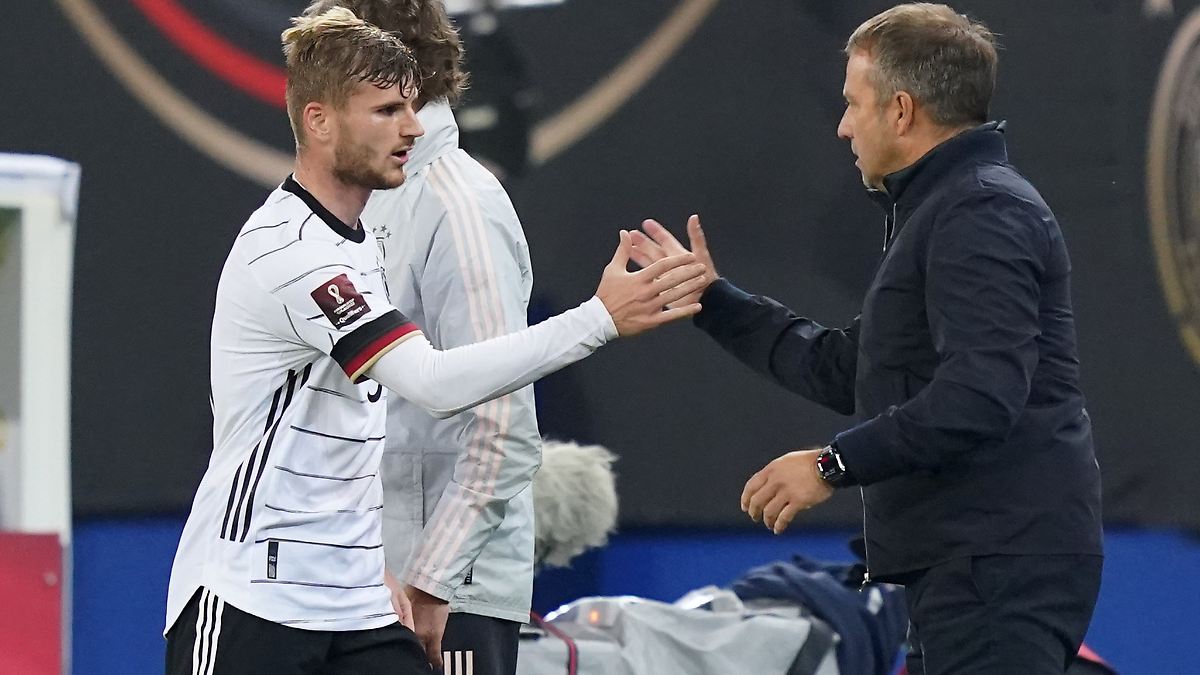 Nobody believes that the World Cup will take place in Qatar next year without Germany. Especially since Hansi Flick has been the national coach. He could be as good as his predecessor against North Macedonia and book the ticket to the unjust state.

The “fate” of the German national team will be in the hands of North Macedonia, Romania and Armenia on Monday evening. There has probably never been such a wild constellation in the history of the previous 983 German internationals. But the situation is as it is, but far less complicated than it appears at first glance. The lightning path to Qatar, to the controversial World Cup at the end of next year, looks like this: Germany succeeds in sweet revenge against North Macedonia with a qualifying victory and at the same time the Armenians do not win against Romania. Zack, ticket in your pocket.

Does joy creep into your luggage too? Probably a little. It’s just a World Cup. The fact that this takes place in an injustice state is extensively discussed and the national team has already clearly positioned itself: It promotes human rights. The handling of the actions did not always seem particularly successful. Keyword: glossy video suggests spontaneity. But well, there is still qualification and Qatar is not yet.

The task that national coach Hansi Flick is now giving his men of mentality, who are always fun again, is unmistakable: Make everything clear as quickly as possible. By the way, Flick could also make a record: With four wins and 14: 1 goals, he made a great start. So far, only predecessor Joachim Löw, who started with five wins in 2006, was better. Setting this brand would not be important to him. Flick would rather see the next development step. Even if he was very happy with the performance in the rather difficult win against Romania. Mainly because of the enormous will to win. But the players, he now demands, “have to be there for each other even more.” He wanted to see a team on the pitch that “inspires” and “pulls everyone along”.

Well, North Macedonia and that doesn’t sound like the greatest horror that can arise in front of you. But be careful, memory teaches otherwise. Because at the end of March of this year, Germany was badly punished by the Eastern Europeans. The first leg was lost with 1: 2 and if the Löw era hadn’t hit rock bottom anyway, then the time had finally come in Duisburg. But now the situation has changed: the coach is different, the mood has turned negative to favorable. And with the enemy, the legend has ceded with Goran Pandev. The team is changing. Germany knows what this word means.

How far is it to the top of the world?

The times of announcements without improvement are over. The DFB team is probably really on the way back to the top of the world. Everyone wants to go there. From the coach to the players to Oliver Bierhoff. He is the DFB director. Nobody knows which waypoint you are at. The previous opponents have been too weak to be able to judge very seriously what is possible in the coming year – in the Nations League, which takes place in the summer, and then finally at the World Cup. A few real, good things have been recognized: a courageous philosophy as well as a high level of passion and enthusiasm. A few problems have also been identified: A striker is missing and the defense is not yet fully up to speed in view of the risky game idea of ​​Flick with high pressing.

Nevertheless, there will hardly be any changes in the back four. Antonio Rüdiger is fit enough to run alongside Niklas Süle again. Jonas Hofmann should also have another chance to prove his versatility. Thilo Kehrer is a winner under Flick anyway and will probably stay that way. The most exciting question is what the coach is planning in the storm center. Is he back on Timo Werner, who again looked unhappy against Romania, became a national issue and received a lot of criticism?

The criticism was not justified in the massive forms, finds Flick the day before the duel in the heated atmosphere of Skopje. “I explicitly praised him in front of the team for his commitment and dedication,” said the national coach, who hugged Werner during the final training session. “Timo does his job very well.” Tearing open rooms, going deeper – Werner could do that. He has “a nose” for goal scenes, the repeated accusations of swallows are “not fair”. Even after the game against Romania, the coach had vehemently defended his striker. A mission, very likely. And a decision that the team supports: Serge Gnabry said: “We are all behind Timo.” Werner is “maybe not Lewandowski, the classic center forward. But he has his qualities, scores a lot of goals, is fast and runs well. That is just as important.” Whether in training or in a game, Werner “accelerates, depends, that’s the most important thing”.

And otherwise? Oh yes, one could briefly talk about Thomas Müller. Whose goal against Romania with the wild bird running path was a big topic. The FC Bayern man could possibly be in the starting line-up. Or maybe not. Because the competition is great. Among other things, with Marco Reus, whom Flick also appreciates very much. Florian Wirtz, on the other hand, does not (yet) seem to be the man of choice when it comes to the regular places. Flick said vaguely: “We will put together a team that can beat North Macedonia.” With that half of the fate would have been successfully dealt with.