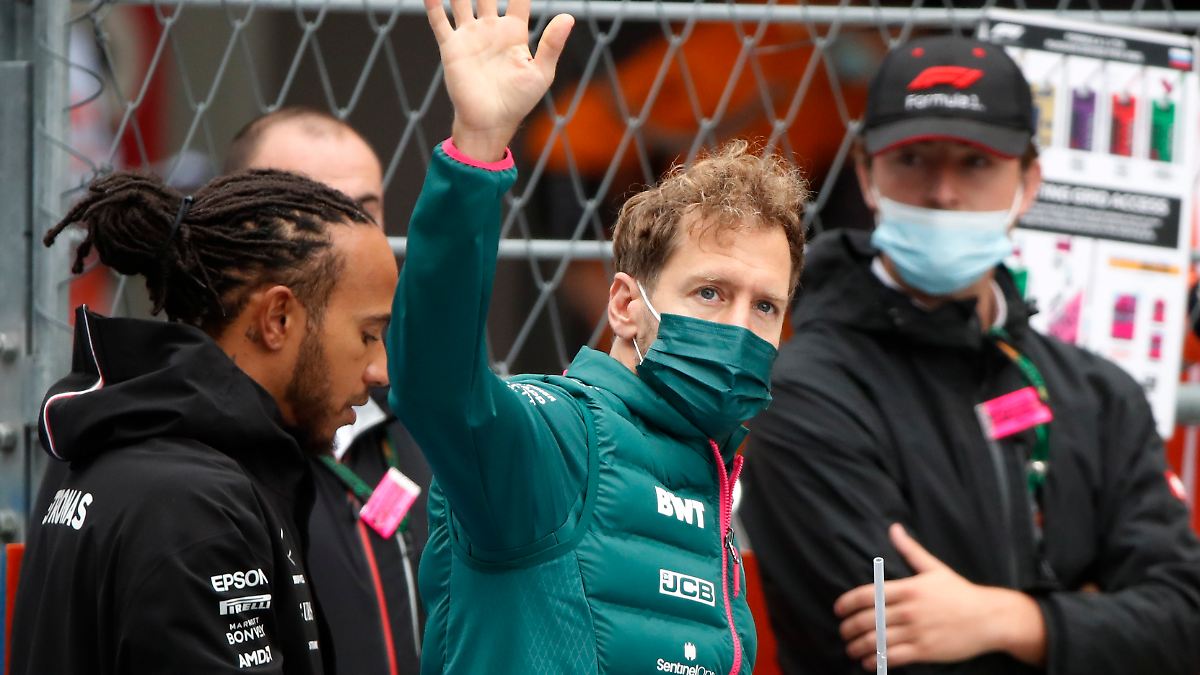 Before the last races of the season, Sebastian Vettel increases the pressure on Formula 1. For the four-time world champion in the fight for human rights, the race in Turkey and the final trilogy in the Middle East must be accompanied not only with words but also with deeds.

Sebastian Vettel has made Formula 1 duty. The four-time world champion demands a clearer positioning for human rights from the racing series. But the bosses’ expansion plans speak a different language.

“We all agree that it is only fair to treat all people equally. In certain countries this is not the case. But it takes more than just words, it takes action. Our sport could exert a lot of pressure and help To continue to spread fairness on earth, “said Vettel in an interview with the” Augsburger Allgemeine “.

It is “not right to judge or punish people just because a man loves a man or a woman loves a woman. Any form of separation is wrong. We are much richer because we are so different,” said the 34- Year olds. “We should celebrate these differences instead of being scared of them.”

Vettel did not name any countries in the interview. But his statements right before the Grand Prix in Turkey and shortly before the end of the season in the Middle East are certainly no coincidence. Restrictions on human rights occur time and again in these countries. In the preseason, Vettel set an example for tolerance before the race in Turkey. He starts with a diversity helmet on which a rainbow flag and not the usual Germany flag could be seen.

The helmet, which was later auctioned for 225,000 euros, was also intended to send a signal against President Erdoğan’s hatred of homosexuality. In the Gulf States, homosexuality is punished with all the severity of the laws that apply there. In Saudi Arabia, homosexual acts face the death penalty. In Qatar and the United Arab States it can also be pronounced under provisions against homosexuals.

The upcoming Grand Prix in Qatar in November, which was recently added to the racing calendar, and the two subsequent races in Saudi Arabia – still a debut in Formula 1 – and Abu-Dhabi are the consequences of a continuing development – away from the fans , to the money of the states that want to secure their place in the world through “sportswashing”.

The expansion drive of the new Formula 1 bosses around Stefan Domenicali is in the tradition of Bernie Ecclestone, who was friendly towards the dictatorships of the world and who asked what human rights exactly are in 2016 before the European Grand Prix in Azerbaijan. “Where should we go if we only go to countries where there is no corruption?” Argued the ex-boss of the racing series.

Vettel, who has risen to the social and political conscience of Formula 1 in recent years, is not the first driver to dislike the expansion efforts without taking a look at the new venues. World champion Lewis Hamilton was already clear in March before the race in Bahrain. He said, “I don’t think we should go to countries and ignore what is happening there.” Hamilton and Vettel will now have to be measured by their actions in the end of the season.