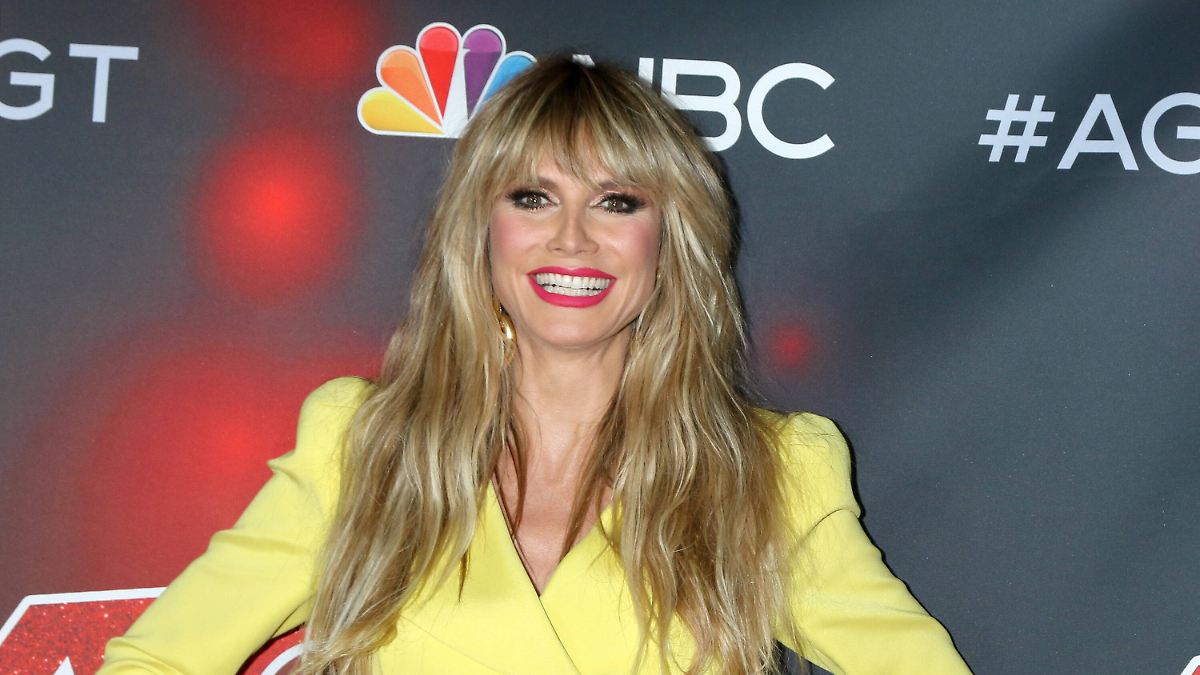 When Heidi Klum gets in a party mood, it can get out of hand. Her daughter Lou’s 12th birthday is no exception. There is an obstacle course made of bouncy castles for the young guests.

The fourth child of entertainer Heidi Klum celebrates her 12th birthday. Her famous mom celebrates Lou with three adorable baby and child photos on Instagram. “Happy 12th birthday, Lou. I love you with all my heart,” she writes about the two pictures showing mother and daughter together and another one where Heidi Klum is cuddling with all four children.

A fourth photo shows the birthday child in party mode. Lou is jumping on an air cushion castle in the garden. Short clips in the stories show that she didn’t have to do it alone, but with lots of friends. You can also see several bouncy castles, which are set up like an obstacle course.

There are even more details here: You can see the white and blue birthday cake with yellow sugar roses or Mama Klum cutting roses by hand for the birthday table. Stepfather Tom Kaulitz prepared a strawberry and sugar dessert. And mini dough pieces were baked on a hot stone and topped with delicacies.

Lou’s big sister, young model and influencer Leni Klum, also insisted on publicly congratulating her little sister. In an Insta story, she shows a photo in which little Leni can be seen giving baby Lou the bottle. She wrote: “Happy Birthday, Lou !!”

Leni comes from her mother’s relationship with the former Formula 1 manager Flavio Briatore, with whom Heidi Klum was in a relationship for around a year. Her future husband, singer Seal, adopted Leni. With him, Klum had three more children, Henry, Johan and birthday boy Lou. Heidi Klum has been married to Tokio Hotel guitarist Tom Kaulitz since August 2019.