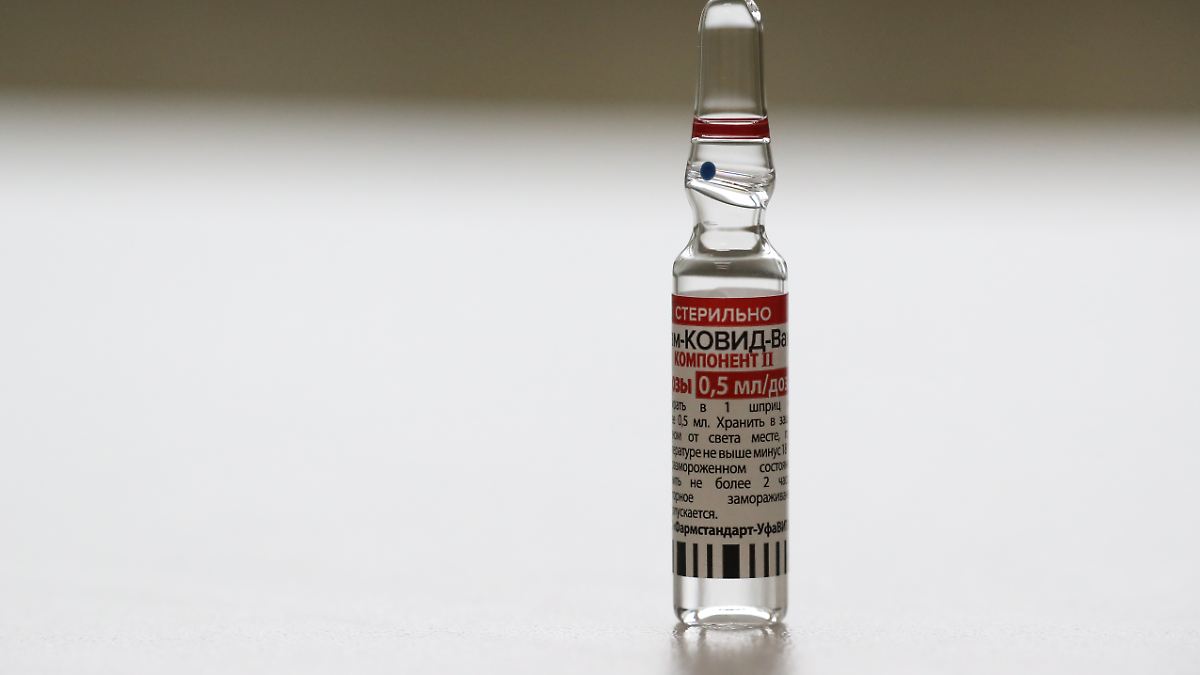 Russia’s Sputnik V vaccine is an export hit. But in their own country people shy away from the injection – there is great skepticism. That is why the Kremlin is counting on EU approval as soon as possible. But the EMA is putting it on the back burner. Why is that?

The corona situation in Russia with more than 900 deaths a day, tens of thousands of new infections and a comparatively low vaccination rate cannot satisfy President Vladimir Putin. “The numbers are very bad, and in fact it is a cause for concern,” said Putin’s spokesman Dmitry Peskov. The main cause of the highest death rate to date is the poor vaccination rate. “The virus is becoming more and more malicious,” said Peskow.

When it comes to corona deaths, Russia has long held a top position internationally. In August last year, Putin announced that Russia, with Sputnik V, was the first country in the world to develop an effective vaccine against the coronavirus. The 69-year-old has repeatedly praised him as the “best” in the world – and had himself vaccinated with it. Russian researchers have also developed four other vaccines. But so far not 50 million people or just about 30 percent of the Russian population have received at least one dose. “Only vaccination protects against death,” warns Peskow. But many Russians did not believe the government’s assurances that the vaccinations were safe.

Western vaccines are not allowed in Russia. And a possible boost in confidence through the long-awaited EU approval of Sputnik V has not yet been achieved. The German diplomat Markus Ederer, ambassador of the European Union in Moscow, sees the low vaccination rate as one of the reasons why the EU is still not opening its borders completely to Russian tourists. Germany has classified Russia as a high-risk area.

Russia does not provide the necessary data

It is true that the power apparatus in Moscow repeatedly complains that there are political reasons in the EU for not allowing Sputnik V – with the exception of special routes, for example in Hungary. But Ederer rejects that. Rather, it is clear that Russia has still not provided the documents required by the European Medicines Agency (EMA) and the World Health Organization (WHO). Russia itself even canceled a trip planned for October by EMA experts, “because we are not that far,” as Western diplomatic circles in Moscow say.

It is not the first time that Russia has failed to meet the deadlines for the inspections required by the EMA, said Ambassador Ederer in an interview with the Russian daily “RBK”. “That slows down the process.” Ederer sees the situation in a similar way when it comes to the question of the lack of recognition of Sputnik V by the WHO. It was already controversial last year that Russia approved Sputnik V for use, although not all test phases had yet been completed. Health Minister Michail Muraschko announced at the end of September that the third and final phase of the Sputnik V tests had now been completed.

So far, the EMA in Amsterdam has always said that there was still a lack of “sufficient” evidence for approval on the EU market. The authority is therefore waiting for documents in order to be able to better assess the data sets available so far. A spokesman for the WHO also announced that the organization could only approve Sputnik V when all data are available and there is clarity about the safety of the preparation. As with other vaccines, the WHO is testing production facilities. The process continues. The aim of the procedures is to accelerate access to safe and effective vaccines in order to save lives and get the pandemic under control.

The Russian state direct investment fund RDIF, which is responsible for international Sputnik sales, announced on request that the EMA experts would be expected in Russia this autumn. Questions about the reasons for the delay remain unanswered – the RDIF is threatening legal action in writing if someone reports negative about Sputnik V.

The Ministry of Health in Moscow is now expecting an EMA date in December. Western diplomats assume, however, that EU approval could drag on until spring 2022. Then Sputnik V will also be produced by the German subsidiary of the Russian pharmaceutical company R-Pharm in Illertissen in Bavaria.

It is also unclear whether – as proposed by Brussels – the EU and Russia will mutually recognize their vaccination certificates. In any case, that would be possible regardless of whether the vaccines are approved in the countries themselves. Again and again, people who have received Sputnik V get annoyed that they are not considered vaccinated in Germany and have to be in quarantine, even though the vaccine is recognized in more than 70 countries. A German court recently confirmed that a Sputnik vaccination is not recognized in Germany.

In the Kremlin, therefore, hopes are now primarily directed towards a success in the negotiations on the mutual recognition of vaccination certificates. Russia has sent the necessary documents to the EU, says Kremlin spokesman Dmitri Peskov. There is cause for “optimism”. The fastest possible result is also important for those who are traveling between the EU and Russia.